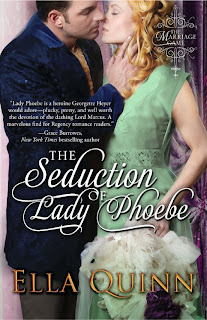 Alexis: Don’t forget to leave a comment and contact information for a chance to win The Seduction of Lady Phoebe.
Posted by Alexis Walker at 7:00 AM 46 comments: 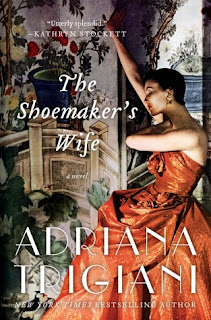 This story takes you through a life-long love starting in the Italian Alps and endures immigration to America, job trials, and meetings by chance.

Ciro and Enza meet as teenagers.  Ciro and his brother had been left at a convent after their father died and mother couldn’t take care of them.  Enza, the oldest child of her family, became an adult before her age.  When the two met, the instant attraction lasted a lifetime.

Trigiani relates the hardship of immigrants as Enza and Ciro travel to America separately and unknown to the other.  They each land in New York and make a life for themselves with the intentions of returning to the Alps someday.  Ciro becomes a shoemaker while Enza is a seamstress for the Metropolitan Opera.  They have brief, accidental meetings and are thrilled to find each other, yet something always stood in the way of forming a relationship.

That is until Enza is nearly walking down the aisle with another man.

The imagery and setting between country and city change the course of work for each, although the need and attraction between Enza and Ciro circle the issues of survival and opposing lifestyles they’ve created.  Can they change their current direction to come together and live happily ever after?  Who makes the biggest change and will it be a scar on their love?  Are there any regrets?

The Shoemaker’s Wife is a splendid account of true love and how it can hold up until death do us part.

Enjoy,
Dawn
Posted by Alexis Walker at 7:00 AM No comments: 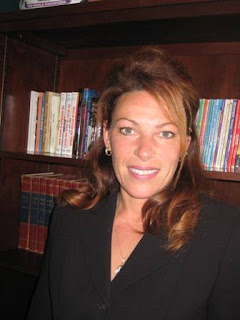 Today we have our own Dawn Kunda, here to update everyone on her latest project and giving away a $20 gift card to Barnes & Noble! Be sure to leave a comment with contact information for a chance to win! Check out what's new with Dawn.

The life of a writer is never stagnant, no matter how long it takes to finish writing a novel, hear a response from an editor, or think up the next scene or story.

I’m in the middle of all-of-the-above right now.  My romantic suspense, In Plain Sight, the first in a proposed series, From the CIA, is wandering the inboxes of selected agents and editors while you read this.  The sequel to Court of Lies, Window of Lies, is awaiting its last two chapters, which I continually swear I’ll finish today-okay tomorrow, but soon.

I have no set schedule for writing or thinking up my next step in a story.  Rather, it all happens when the time is right.  Matter of fact, I’ve always been a panster-little preplanning of plot- for the most part, but when I start the next two (I’ve turned into the author who has two novels going at once) I decided to make a lengthy plan for each.

Why would I do something silly such as change my system?  I think it’s because the next novels will have more complicated plots and sub-plots.   Or maybe I like to drive myself crazy and pull more hair out as the screen and I have “staring” contests!

Either way, I love every part of writing novels.  Writing the novel is great, editing the drafts are a nice change of pace-to read scenes I’ve forgotten about supply my own surprises, and the thrill of working with an editor at the publishing house is inspiring and always full of lessons.

And even more fun, is chatting with the readers!  I always want to know what you’re thinking, your questions, your expectations of a great story, and I’m excited to be here with you today :-)

Ask Dawn a question or leave a comment for a chance to win!

I…am a romance junkie. There. I’ve said it. And for those of you who read my blog regularly, this should come as no surprise. However, my definition might not be the same as yours.
I believe in romance. I love romance, but I’m probably the least romantic person you’ll ever meet (and yet, I write romances….go figure). You will never see me running through a field of flowers toward the man of my dreams, a gauzy dress billowing around me as music plays in the background. Just ain’t gonna happen. I am too practical and pragmatic for that (unless, of course, it was Hugh Jackman waiting for me).

I have learned that romance comes in many forms (not just what you read in novels and see in movies) and I have realized, over the years of married life (yes, I’ve been married a long time….32 years!), that I have made some trades on what I thought romance was and what it really is (to me, at least).

Would I love my husband to bring me flowers for no reason? 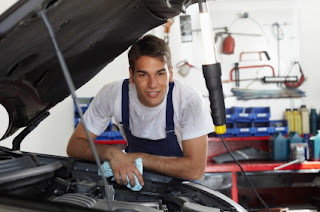 Of course, however, if he changes the oil in my car and thumps my tires to make sure I’m not low, that’s just as romantic in my book. And if he comes to rescue me on the freeway when I’ve broken down….oh, now that’s my idea of romance.

Candlelight dinners are lovely and who wouldn’t want to gaze into their partner’s eyes, but being as unromantic as I am, I’ll trade that for a man who’ll fix my leaky faucet and take out the trash. Would I love to be swept off my feet? When I was younger, I thought so, but now? I’d rather have a man who can make me laugh, even when I don’t want to, even when there’s nothing to laugh about.
Now, don’t get me wrong. I’m still a romance junkie and I’m thankful there are plenty of romance novels out there to give me my fix. What about you? Are you a romance junkie? What’s the most romantic thing your partner has done for you?