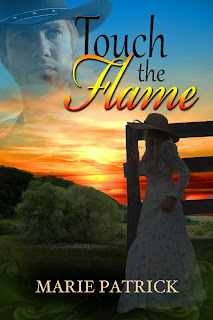 Review: The Year of Living Scandalously by Julia London

Scandals are no easier hidden in the nineteenth century as they are today.  Julia London takes us to the nineteenth century English countryside where Keira Hannigan poses as her cousin to temporarily run Ashwood Estates.
Fortunately for Keira, the slowness of historical communications gives her an opportunity to fix the crumbling estate.  The threats to her identity trickle in and make her uneasy and hopeful of her cousin’s quick return.
The first threat came in the form of Declan O’Connor, a dashing Earl from her past.  He knows who Kiera really is, yet she convinces him to give her time and not reveal her deceit.
The more Declan agrees to cover Kiera’s activities, the more he has to fight off his attraction, as does she.  And they aren’t very good at keeping their hands to themselves.
As the business of the estate is corrected, more people are involved and the mystery of the missing jewels is reopened.  Many begin to question Keira’s validity.  Declan is now tied to the lies and his heart won’t allow him to recede.
The free spirits of both leave them to wonder if they can ever continue the fragile and untimely relationship they’ve accidentally broached when they attempt an escape.
Julia London builds a scandalous path for Kiera and Declan to follow.  The passion in their hearts and minds lead them to an exciting finish.  I immediately purchased four more of London’s novels after I regretfully read the last page.
Dawn
Posted by Alexis Walker at 8:00 AM No comments: