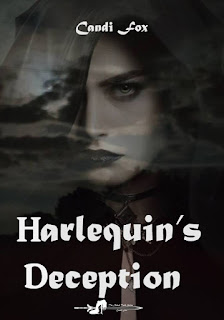 Ten years ago, the world as we know it changed. The shift is what it became known as. Overnight, paranormal beings came out of the proverbial closet. Something in reality had shifted. Those who had no idea they were paranormal were awakened to a new reality. Ten years in and Harlowe Lake Kelly, Harley to her friends, is back in her small Oklahoma town, widowed and striking out in a new career, namely, a successful magic agency. Her uncanny abilities at using potions, spells, and other means at solving supernatural crimes, thrust her into a partnership with local law enforcement. Things would be great if it wasn’t for the three sexy, but deadly, men who stand at all corners of her new life. Lucien, the ancient, alluring Vampire who has made it clear he wants more than Harley’s luscious curves. Cowboy, who wants to possess her in every way imaginable, and Aiden. The newcomer who has strict orders from his Vampire boss... but she senses has his own agenda. But in a world where things and beings are never what they seem, life isn’t promised and love comes with many strings. So what’s a girl to do to untangle those strings?
Amazon Buy Link 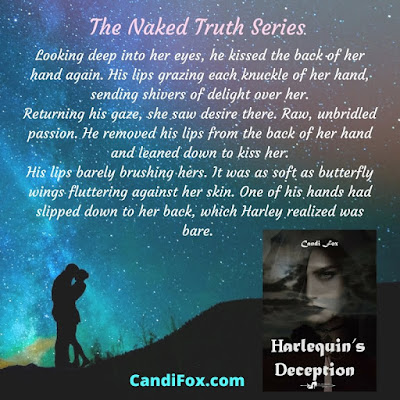 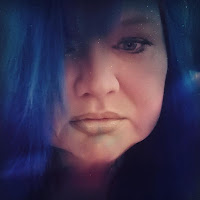 Candi Fox, co-host of the wildly popular radio show Candi and Company with over 900 thousand listeners began her venture in the paranormal at the tender age of two, when she witnessed her first apparition. From that moment on the paranormal seemed to follow her. No matter where she moved, the house she lived in the house next door, or the house down the street always seemed to be haunted.  She often wondered if she drew the spirits to her. Little did she know that she was indeed a magnet of sorts. It wasn't until she was in her late twenties that she found people who could not only explain her gifts, but would also help her hone them. Armed with this new knowledge she began to openly explore hauntings and other paranormal phenomena. Growing up in Indiana lent her the opportunity to explore many famous haunted places including the Hannah House, which was once part of the Underground Railroad. A little over two years ago she moved to Tulsa, OK and has began to explore the haunted landscape in a new state. Candi lives with her husband, and furry children in Tulsa. She is passionate about the occult, saving and rehabilitating horses, horseback riding, magic, all things mystical and has her Reiki Mastery. She uses her own paranormal experiences as well as her own life traumas to write from a grounded and realistic perspective about subjects that are hard to talk about and even harder to feel for yourself.
Social Links:  Facebook | Amazon | Website | Facebook Author Page | Blog | Twitter | Instagram 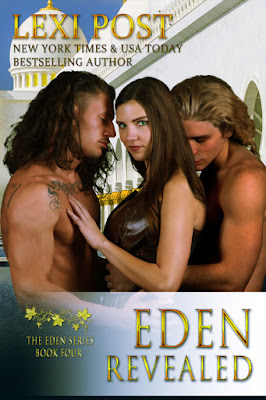 If you've been waiting for Toni's story, your wait is over! Eden Revealed, the 4th book in the Eden Series released today! This is a long romance that just didn't want to end. In fact, I even wrote some bonus content. So if you read this story and would like just a few pages more, post a review somewhere and send the link to ERbonus2@gmail.com and you will be sent 3 more short scenes!

But first, you should decide if you want to read Eden Revealed. I have to tell you it is HOT, it is menage, and it has characters from all the other books in it; however, it is still a stand alone romance.

And for those who love the planet Eden, rest assured, I will be going back there. I mean, seriously, how could I resist? Besides the hunky, naked Edenists, there are still a number of mysteries to be solved on Eden.

I did bring a short excerpt with me for your reading pleasure. I hope you enjoy it :-) 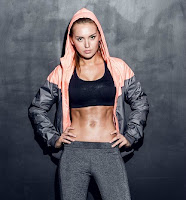 Former stunt woman, Toni Reid, has adopted Eden as her new home. What’s not to like with naked hunks walking around and women being worshipped by them? She doesn’t mind the distraction of spying on one of the leaders of the Ruling Circle too much, but just as she discovers his secret, she’s caught.

Akasha is next in line to ascend to the Triad panel, those who determine which men are morally good enough to receive a portal chip. His connections to people have been minimal to keep his future judgments unbiased, but when he discovers Toni spying, he has no choice but to capture her and discover what she knows.

Sandale is busy learning about who he was before his memory wipe. Traveling to Naralina to rescue Toni is a good excuse to meet his family and find himself again. He discovers Toni is more than a task, she is a force to be reckoned with, and his focus quickly shifts.

Akasha and Sandale are soon embroiled in a plot that could well send Eden back into another world war over women. The only way to stop it is to work together with Toni, but working to stop a world war is easy when compared to laying siege to Toni’s heart.

Leaning out over the edge of the cliff a bit more, Toni worked her hand forward on the root and stretched. Her other hand latched onto the rock and lifted. As triumph rushed through her veins, the root beneath her other hand loosened. Fuck!
She braced herself with the rock in hand against the cliff wall as the root slithered from her hand. Fuck, the thing was alive!
If she was still on Earth, she could easily bring herself back to an upright position, but her core had weakened over the months and she hesitated to try. She was stretched out over the chasm, her hands against the loose dirt of the mountain and she needed leverage. Maybe she could move a leg up to brace—
An arm came around her waist and she fell backward, landing on Akasha’s chest, which was only slightly more forgiving than the stone floor of the patrio.
“Woman, is staying with me so terrible that you must risk your life to escape?” Akasha’s chest beneath her pounded with his racing heart.
“Of course not!” Her own adrenaline at the scare pounded through her, and she quickly rolled off him onto the stone floor. “I just wanted this rock.” She held it up for him to see.
He looked at her as if she’d just told him the sun had blown up. “A rock.”
She nodded. Shit, now she looked like an idiot. “I’m not like other women here.”
He rolled his eyes and shook his head as he sat up, his abs crunching far harder than hers ever had. “I know.” 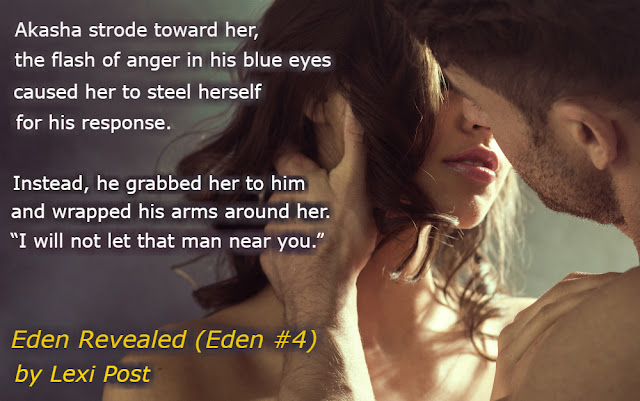 Other books in the series include:
Cruise into Eden (#1)
Unexpected Eden (#2)
Eden Discovered (#3) 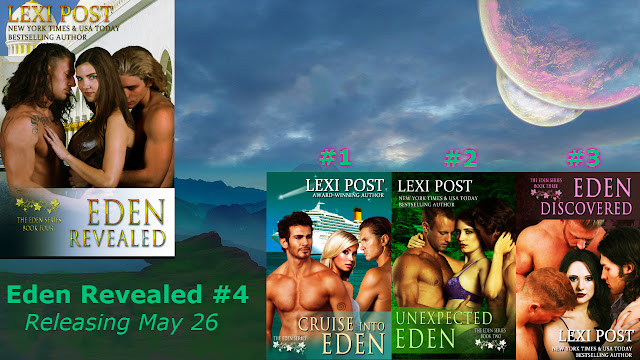 Today is the last day to pre-order EDEN REVEALED (Eden Series #4) and receive free Bonus content! Just send your receipt to EdenRevealBonus@gmail.com and receive it now! :-) But hurry, the Bonus content opportunity is only good until midnight tonight, May 25!