Giveaway and Interview with Jodi Vaughn 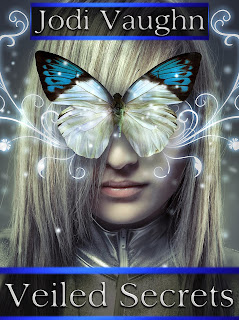 Alexis: Today we have paranormal romance author, Jodi Vaughn, visiting us and she will be giving away an ecopy of VIELED SECRETS to one lucky commenter. Welcome Jodi!

Jodi: I’ve always had stories in my head. I even started to write down a few on paper. It wasn’t until I attended a one day writer’s conference at a small University in Arkansas and met Jodi Thomas that I realized I could actually do this. She told me about RWA and gave me some very encouraging words. From that moment on, I decided I made the choice to become a writer, and I have never regretted it.

Alexis: What made you chose your title?

Jodi:VEILED SECRETS was not the original title. Quite a few editors had read it and told me to change the title to something less generic. (No, I’m not saying what it was. Lol)  I started digging into my story and realized that this story is about my heroine’s journey to not only find out what she is but to reconcile the fact that those closest to her hide her identity ( that she has Fae blood) for years.  VEILED SECRETS seemed to fit.

Jodi: I have finished the second book, VEILED ENCHANTMENT, and am plotting out the third book in this trilogy.

I have also started a shifter series that is set in Arkansas. So far I have four books written and can’t wait to start the fifth.

Alexis: What was the first romance you ever read?

Jodi: The Flame and the Flower by Kathleen Woodiwiss. I was in Jr. High when my mother let me borrow her book. I never returned it.

Alexis: Ah yes, mine was Shanna. What has been the best piece of advice you ever received for your writing career?

Perseverance and determination are the key to getting published. Don’t ever stop writing and don’t ever give up.

Alexis: Thank you Jodi for visiting us on Happily Ever After Thoughts. Jodi is giving away an ecopy of VEILED SECRETS to one lucky commenter. Check out the blurb of this story!

Celeste Hart yearns for a normal life, but she has never fit in because of her dark visions. She vows to let nothing stop her from discovering what she is, good, bad or evil. But she is soon distracted from her quest when sexy Eric Nordstrom charms his way into her bed. He leaves her even more confused by her intense feelings for him and discovers their one night of passion has resulted in something that will change them forever, a child.

CEO Eric Nordstrom has no interest in romance and even less in a relationship. His company has always been his focus. But he can’t stop thinking about the elusive Celeste, who has made him feel more in one night than he has in his entire life. When he learns of the pregnancy, he convinces Celeste to marry him on the pretense of keeping the company from another scandal while trying to seduce her back into his arms.

Celeste struggles to fit into Eric’s elite world and soon discovers her visions are a result of having Fae blood. When the vengeful Queen of the Fairies sends a demon army to take her unborn child, Celeste must embrace her fairy heritage and enlist Eric’s help in her life and death fight.  Suspicious of a world he doesn’t understand yet determined to protect the woman he loves, Eric joins forces with Celeste to protect their unborn child from the evil that has invaded their home.

Fate brought them together, will destiny rip them apart? 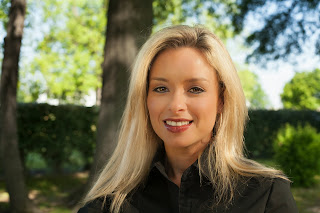 Jodi is a Southern paranormal romance author of the VEILED SECRETS trilogy out October 1, 2013. She is currently working on her next paranormal series set in the South. She resides in Northeast Arkansas with her handsome husband, brilliant son,  an adopted swan and a yellow lab who is fond of retrieving turtles when duck season is over.
You can find her on Facebook https://www.facebook.com/www.jodivaughn
Follow her on Twitter@JodiVaughn1
Check out her website http://jodivaughn.com

Alexis: Don’t forget to leave a comment for a chance to win this story! 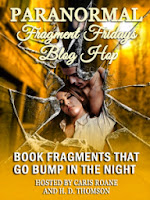 Welcome to the another week of Paranormal Fragment Fridays Blog Hop! Each stop on the blog hop will have an author posting a "fragment" of his or her paranormal work on Fridays and Happily Ever After Thoughts is featuring its paranormal authors. 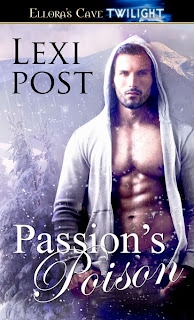 Her grandmother knew how to get to the point. Okay, so could she. “I think I’ve found Mr. Right.”

“I think so, but I’m so afraid I’ll hurt him. I realized this morning that I have no idea how much is too much for a man to take. I’ve never been around them after… Uh, you know.”

Grandma nodded. “After sex? Yes, unfortunately, it’s different for different men. I had one man who could make love with me twice a week and not feel bad at all, but I also had another who became ill after just one time.”

Bea’s hopes dwindled. “How do they get sick? Do they vomit, have headaches, pass out? I have no idea what to expect for Zach.”

Chewing her cookie, her grandma thought for a moment. “It’s a lot like a virus with cramping, sometimes vomiting, generally diarrhea and often a headache. Those who are sensitive pass out. I think your first boyfriend did that, didn’t he?”

“Yes, we were teenagers and Mom hadn’t told me, so we had sex every chance we could for a week. He went into a coma.”

Grandma Beatrice patted her hand. “Yes, I remember. Your mother should have told you as soon as you started your monthly cycles.”

Bea sighed. “So, I guess what you’re saying is, I have to experiment. I was hoping for something a little more definitive.”

Grandma shook her head. “Honey, even if I could tell you exactly how a man could handle it, each of our generations is different. My experience is based on a higher level of poison in my system than you have in yours.”

Be sure to check out the other fragments on the hop!

Marie: Joining me today on Happily Ever After Thoughts is my very dear friend and fellow author Kayla Janz and she has some exciting news to share. Fill us in, Kayla. What happened?

Kayla: First, thank you for having me here, Marie. Yes, I did get some exciting news! June of this year I received a call from my publisher asking if I’d be interested in re-releasing some of my earlier work under a new line they are calling Whiskey Creek Press Torrid Classics. Unveiled Treasures came out Sept 5, Sinful Innocence next month and Chloe’s Christmas will be released December of this year.

Marie: Oh, that’s fabulous. I’m so happy for you! What are your books about?

Kayla: Unveiled Treasures and Sinful Innocence are romantic suspense stories that take place in One of my favorite places and I thought the perfect spot for a story to unfold. Sinful picks up approx. 6 months after Unveiled ends and brings secondary characters into the limelight.  Chloe’s Christmas is a fun romantic spin on a Cinderella story with a tropical twist. Instead of a glass slipper she loses a flip flop and Prince Charming chases her 4000 miles to win her heart.

Marie: I’ve read all three and I can vouch for how wonderful they are. Now, for the fun stuff – a series of questions so our readers can get to know you. Ready? Let’s begin –

Favorite Season? Summertime – find me on a beach!

Favorite ? Halloween – what better time to play dress up.

Favorite food? Chocolate. If I could eat it all the time and not weigh 500lbs, I’d be a happy girl!

Favorite Author (Pick me! Pick me! Only kidding!) Seriously, who is your favorite author? Jennifer Ashley and all of her personalities. Marie Patrick, Caris Roane, Karen Rose, and Cheyenne McCray round out my top five.

Best movie? Tough question, there are so many. Finding Nemo, Almost Famous, Stranger Than Fiction, StarGate, Patch Adams all rank close to the top.

Thank you, Kayla, for joining us on HEAT. I wish you much success with the re-release of Sinful Innocence, Chloe’s Christmas and Unveiled Treasures. 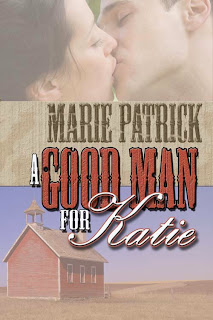 When it comes to heartwarming westerns that include exciting adventure and romance to spare, Marie Patrick delivers. Her book A GOOD MAN FOR KATIE is no exception.

Katherine O'Rourke has been sent away by her General father after a scandal with the wrong kind of man in Washington D.C. which almost got her arrested. Having had it with his daughter's poor judgment, the general sends her to her aunt, but Katie has other plans and travels to see her sister in Arizona Territory instead.

Chase Hunter, an army Captain, is on a secret mission to find his brother's murderer and the guns that were stolen from the army. When the townspeople of Crystal Creek assume his low strapped gun means he's a gunslinger, he allows the impression to stand, convinced the mistake will help him in his quest.  What he does not expect is that he will have to save the new school teacher numerous times.

Katie no longer trusts her own judgment, so her resistance to Chase is strong. Chase, on the other hand, is set on his mission and doesn't want to involve Katie for fear she could get hurt. Unfortunately, Katie attracts trouble like honey attracts bears, and the two are soon thrown into close proximity time and time  again. Chase decides she needs round the clock surveillance and gifts her with Sarge, the most loveable, bravest, and funniest dog to hit the pages of a romance novel in years.
The plot thickens as secrets are revealed both from the murders' side and the Army's side, but when Chase betrays Katie, she is convinced she has once again exercised poor judgment. Add to this tension a runaway coach, a secret tunnel, and an attempted abduction, and the reader can't help but be riveted to the story.  When the townspeople turn against Katie, the reader will burn with anger and cheer when she stands up to them, no matter what the outcome might be.

This story is filled with beautiful descriptions of the Arizona Territory, strong emotion that pulls the reader along, and full blown characters that appear as average people thrown into extraordinary circumstances. Add to this, historical accuracy from clothes to books, good pacing that allows one to catch a breath, and a strong journey towards love, and it makes A GOOD MAN FOR KATIE a western romance that should not be missed.

Posted by Alexis Walker at 8:11 AM No comments: