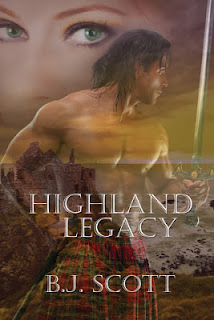 HOGMANY
The origin of the word and custom is always under debate.

Regardless of where it began it has been celebrated for centuries, remains an important date on the Scottish Calendar, and is steeped in traditions.

Perhaps the most common is First Footing. After midnight neighbors visit each other bringing gifts. The first guest who crosses the threshold, preferably someone tall, dark and handsome, brings luck for the new year. They bear gifts of coal, black bun (fruit cake) shortbread and an ample supply of whisky. If a red-haired man or worse, a red-haired lady is the first to cross the threshold, it is considered bad luck.

As with many Celtic festivals, bonfires are lit as a means of cleansing and to drive away evil spirits. Children visited neighbors hoping for gifts.

Among the traditions is a good spring cleaning called redding. Homes are cleaned, ashes removed from the hearth and debts paid. In preparation for the new year.

And let’s not forget the singing of Robbie Burn’s version of Auld Lang Syne.

Whether you celebrate a traditional Scottish Hogmany or have your own New Years tradition Bliadhna mhathùr! (pronounced BLEEne vah OOHR)
Happy New Year!

C.S. Lewis first captivated B. J.’s imagination in the fourth grade, and her desire to write sprang from there. Following a career in nursing and child and youth work, B.J. married her knight-in-shining-armor, and he whisked her away to his castle by the sea. In reality, they share their century-old home in a small Canadian town on the shore of Lake Erie with four dogs and a cat. When she is not working at her childcare job, on her small business, or writing, you will find her reading, doing a variety of hand crafts, camping, or antique hunting.

For more on BJ's books check her out at
www.authorbjscott.com

To win your choice of either of her books, be sure to leave a comment. The winner will be notified if contact information is left, or check the Winners' section on the right on Wednesday. Here is an excerpt from her latest book HIGHLAND QUEST. 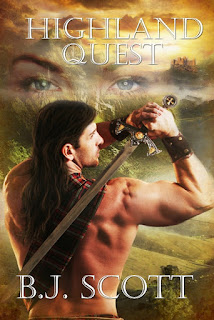 Be sure to leave a comment for a chance to win!

Catherine Coulter has a way of letting us know that feminism is alive and well in all ages including the thirteenth century England.

Merry of Valcourt detested the idea that her mother, whispered to be a witch, arranged for her marriage to an evil man, Jason of Brennan, who had no considerations for Merry’s wellbeing.  The best Merry could think of was to disappear.  She’d think later of where to go.

In a disguise, she escaped and found herself overrun by Jason and his men until her knight in shining armor, Lord Garron, saved her.  Garron didn’t realize she was a female in stable boy’s clothing as she hid in the woods amongst the confusion.

He also didn’t realize she was the same “boy” he saved when she appeared at his newly inherited Wareham Castle, which he found in ruins and most of the residents slaughtered.

Merry worked hard at organizing the rebuilding of the castle in order for Garron not to send her away or question her background.  It’s highly unlikely that a priest’s bastard, as she insisted of herself, is educated and can run a castle.

Garron had more on his mind than the beautiful wench running his home.  He needed to find and kill the one who massacred his people.

Coulter depicts the age with language, setting, and characters that I could not help but feel transported to medieval times as I lived the danger of the hunt of Jason of Brennan and the fight against the unprecedented attraction between Garron and Merry.  Long live the Lord and Heiress!

Enjoy!
Dawn
Posted by Alexis Walker at 7:00 AM 2 comments: 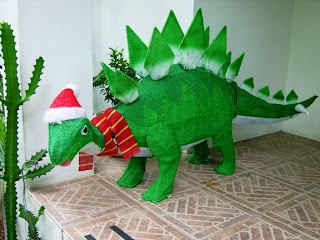 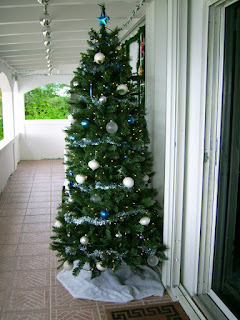 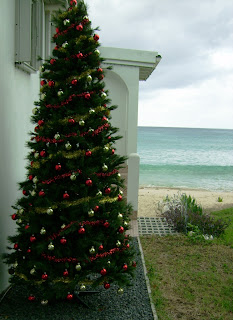 Hi, everyone!  I want to thank Happily Ever After Thoughts for having me today as part of my WARM-UP-YOUR-WINTER BLOG TOUR.  On most of the blogs on this tour, I’ll be revealing excerpts from the sixth book in my vampire series called, GATES OF RAPTURE (12/24).  I created the tour with the hope that you might get to know my Guardians of Ascension, who are my most beloved winged vampire warriors.  I know the covers have wings on them, but the books aren’t about angels AT ALL…just vampires…with wings.  I also have goodies for you to win, details to follow! 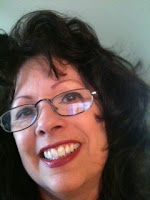 As for the excerpt, I couldn’t resist.  If you’ve been following the tour, you’ll know that the excerpts are mostly in order.  And in this case, the portion I plucked from the manuscript picks up from the previous excerpt as Leto begins the process of opening up Grace’s blue obsidian flame power…yeah, I know…I really went for it when I built Guardians of Ascension!  Anyway, Leto is trying to break open Grace’s power in something I’ve called ‘deep mind engagement’.  But the couple is struggling to figure things out – imagine that!  So, here is a continuation of how Leto goes about attempting to open up Grace’s power…

Not surprising, Leto withdrew from Grace’s mind.  The sensation felt a little rubbery, and as she opened her eyes, she had to blink several times before she could see him clearly.
He leaned up on one elbow and rubbed her shoulder.  “I know you didn’t want me to go there with you.  I could feel how much it troubled you.  We don’t have to do this.”
There it was again, his light hands with her, his kindness, his patience.  If he had been strident, she might have recoiled, even made other decisions.  She might have worked to protect herself instead of moving forward.
Instead, she gripped his arm and nodded once.  “It’s okay.  I still want to do this.  I must do this.  I’m not going back to the life I knew.  I know this changes things, but so be it.  This is my path.”
He leaned over and kissed her full on the mouth.  “I’m so grateful that you’re here with me and that you’re so accepting of my beast-state.  I confess I don’t understand all that’s going on with the breh-hedden right now or with you and your obsidian soul-based power, but I want to be here for you as much as I can.”
She rolled toward him slightly and kissed him back.  “This is new ground for both of us.”
He looked so worried, his brow heavily furrowed.  “I just don’t want you to have expectations of me.  We’re being pushed toward this profound degree of connection, but I’m not sure how much of a heart I have to give.”
She sensed how troubled he was because of all he’d been through.  He carried with him a level of guilt that was a constant companion.
She smiled and placed her hand on his cheek.  “How about we take everything one step at time, no matter how messy or strange it gets.”
He nodded, stroking her cheek with his thumb.  “Okay.”
“But I do have one suggestion.”
“Sure.  Anything.”
“Why don’t we lose the clothes.”
His eyes went wide and he grinned.  His expression was so male right now that she laughed.  Not a bad thing to lighten the mood.  “I’m in no way opposed to the idea, but why?”
She shrugged but felt her cheeks growing warm.  “For the closeness, I think, and maybe even the vulnerability.  If I can be open physically right now, I think it will help the rest of the process.  Besides, I’ve heard the whole thing becomes pretty exciting.”
He leaned over and kissed her, drew back, then waved a hand the length of his body.  Clothes gone.
She let her gaze drift over him.  He was so beautiful, his arms heavily muscled, his pecs thick, his abs sculpted.
She returned the favor, also waving her hand to encompass her clothes.  When they disappeared, he let out a solid groan.  He reached over and put his hand on her stomach, touching the sapphire-studded ring at her navel.  But she caught his hand then rolled onto her back.  She chuckled.  “Try to focus, if you can.”
“What?  I didn’t quite hear what you said.”
She met his gaze.  His beautiful blue eyes were suddenly alive with laughter.  She once more put her hand on his cheek.  “Okay, beast-man, come bust open my obsidian power, then I’ll let you do whatever you want to me.”
His body did a full shudder.  “Okay, so what do we do now?” he asked.
“Try diving into my mind again and this time I want you to go soul-hunting and not tunnel-searching.  I think I’m built a little differently than either Marguerite or Fiona.”
She closed her eyes and lowered every mental shield she could find.
* * *   * * *   * * *
I hope you enjoyed the excerpt!  I’ve had an extraordinary time creating and writing this series!  Let Guardians of Ascension be a new journey for you.  GATES OF RAPTURE releases on December 24th.

To Learn More about Gates of Rapture and to read the opening chapter:  CLICK HERE!!! 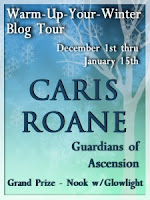 For links to all the other blogs on the tour:  CLICK HERE!!!

The Grand Prize Drawing - VERY IMPORTANT:  to be eligible for the Grand Prize drawing of the Nook with Glowlight, you must leave a comment at the bottom of this blog!  (And for more chances to win the Nook, you can go to every site on the tour and enter that many times—totally up to you!  But comments must be left!)  The grand prize drawing will be selected by random.org in the following manner.  On January 18th, three days after the tour ends, I will enter the number of blogsites into the random number generator, which will deliver up the winning site.  I will then go to the winning site, count up the comments one by one, and enter that number into random.org.  Random.org will then provide the Grand Prize winning number matched to the comments on the winning blogsite.  This means, that if you travel to all the blogs on this tour, you can enter the GRAND PRIZE contest on every single blog you visit by leaving a comment at each blogsite!  Good luck to all!

The Goodies as listed on the Rafflecopter form are :  a $10 gift card to Barnes & Noble (or similar for International),  a replica, antique typewriter key bracelet that spells ‘dream’,  a signed copy of ASCENSION (the first novel in the Guardians of Ascension series), Romance Trading Cards and bookmarks.

The Grand Prize drawing for a Nook with Glowlight, will take place on January 18th, three days after the tour officially ends!  Good luck!

For links to all the other blogs on the tour:  CLICK HERE!!!

Again,  to be eligible for the Nook with Glowlight, leave a comment below like this:  carisroane at gmail dot com!  Good luck to all!