A Place in the World - Guest Post by Kay Springsteen 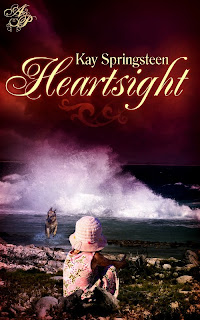 Have you ever felt out of place? Most people have at one time or another. An awkward social situation, a feeling of just not belonging. Can you imagine feeling that way about your entire life? What if everything you ever worked for was suddenly ripped away? What if you suddenly could no longer be who you were born to be? What if the pages of your life were no longer already written but were suddenly blank and you had no way to fill them?

Dan Conway, the hero in Heartsight, was born into a family of Marines. His entire life was geared toward serving in the USMC. But a tragic incident in Afghanistan robs him of his sight. There isn't much call for a wounded warrior, let alone one who can no longer see. This story is 100% fiction, but, like most stories, it imitates real life. War injuries happen, and they always change the lives of those suffering them as well as their families. 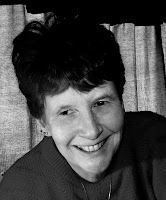 I can think of no more painful outcome to serving our country than for those who were wounded to be forgotten. What must it feel like to know others consider you unfit for work? What is it like to go from being a fierce protector of all America holds dear, to being someone who is at best the object of pity, and at worst someone who has become a burden? It would be easy to fall into the trap that because they may be missing limbs, or not have the ability to walk, or because they cannot see, or carry out business in the way non-injured people do, they have no productive place in the world.

But all persons have value and worth. Everyone has something to contribute to the world. Sometimes it just takes a little push—from inside, from circumstances, even from God—to find our purpose. Heartsight is the story of a Marine who had been blinded and was struggling to find meaning in his life. When a young mother and her mentally challenged daughter arrive in his sanctuary, a friendship is forged, and when circumstances look their gravest, it is the blind hero who shows he really is still a hero.

One's life doesn't have to be as extreme as Dan's to relate to feelings of helplessness and hopelessness when life pitches a curve ball. Help is available for people in all circumstances, not just those in Heartsight, or those related to military service. The important thing is to reach out to others when a person is in need.

If you’re a vet or you know a vet who needs a hand, please reach out. The help is there. If you can offer a hand, please show our vets that you care.

Each purchase of Heartsight through the Astraea Press website from now until June 1, 2011 will generate a $2 donation to the USO Wounded Warrior Program. Thank you for taking the time to care about our men and women in the military service.
http://www.astraeapress.com/#ecwid:category=662249&mode=product&product=2626233

Using the sound of the surf and the sun's warmth for orientation, Dan sat on a large rock facing east and enjoyed the sunrise. The kiss of waves on sandy shoreline became louder, more insistent, as the gentle predawn breeze turned into an early morning wind. The air around him warmed rapidly, and the beach life started to awaken as well.

The cries of gulls in the distance held an eerie, human-like quality, which could as easily have been the delighted squeals of children playing or the terror-filled shrieks of children dying.

Dan breathed slowly in then out, and re-oriented himself to his surroundings. The sand beneath his feet was the foot-sucking grain-like consistency found on the beach, not the diamond-hard dust he'd grown used to in the desert. The air surrounding him was humid, not arid.

Beach grasses whispered, stroked by the onshore ocean breeze. Nearby, scuttling ghost crabs bulldozed the sand, each tumbling grain sounding like a rockslide to Dan's sensitive ears. The air smelled a bit of midsummer rain, hinting of possible relief from the early summer swelter by mid-afternoon.

His hand rested on the old guitar, unmoving, the instrument silent, as he considered a future in the dark. He had few options and limited time to make a decision that would affect the rest of his life. Did he try to maintain a semblance of the life he'd once planned for himself? Or leave all that and carve a new niche elsewhere?

Who was he kidding? No one wanted a wounded warrior, let alone one who could no longer see.

He caressed the low E string with his thumb, frowning at the dull, not-quite-in-tune sound. Automatically, he adjusted the string until he was pleased with the pitch, repeating the process for the rest of the strings.

Leaning over her, Dan hugged the guitar to him in the manner a man should embrace such a lady. She'd been his best friend since he was a kid, had never failed to bring him comfort and healing through the secret language they shared.

Dan played a few soft chords, walking his fingers up and down the fretboard, not playing anything specific, the tones coming more easily than he'd expected them to. He stopped to adjust the G string, then played a few more chords, falling into a slow rhythm, one good for thinking.

Without conscious thought, he inserted a simple, impromptu melody, making love to his lady in earnest now, expressing the deepest, most vulnerable aspects of himself through the movements of his fingers. The lonely sound drifted across the beach to join the cries of the gulls, as he laid bare the layers of pain for the audience of his solitude.

As he lost himself in the haunting music, Dan felt the first stirring of a curious sense of freedom. Recent memories were pushed to the rear in lieu of less troublesome ones from his boyhood, when scuttling crabs had held him enthralled, and thoughts of where driftwood came from had fascinated him. The music swelled under his hands as he revisited that time of innocence.

At his feet, Jack stirred and whined. Dan stopped playing, abruptly pulled back into the present. Barely a second later, he heard something shuffling through the beach grass behind him and the scents of caramel and cotton candy wafted into his awareness.

His private beach had been discovered.

The air next to him stirred softly as whoever it was took a seat on his rock. Dan was about to ask if the intruder had noticed the private property sign at the entrance to the beach, when sticky fingers were thrust against his palm. Startled by the sudden invasive touch, Dan nonetheless instinctively closed his fingers about the delicate hand that had placed itself into his.

"Well, hello." Dan listened for the sound of someone else approaching but heard nothing. "Is your mom or dad around?"

The only answer he received was a tiny contented sigh. He could feel the rhythmic movement of the child's feet swinging over the edge of the rock on which they sat.

For a chance to win a copy of Heartsight leave a comment for Kay. Winner will be drawn Wednesday morning :-)

To visit Kay, go to http://kayspringsteen.wordpress.com/
Posted by Alexis Walker at 7:00 AM