Alexis: Hi Danielle. Welcome to Happily Ever After Thoughts.  Thank you so much for coming.  Your latest release is a type of paranormal fantasy mix.  Could you tell us a little about Loving A Fairy Godmother.

Danielle: Thank you so much for having me! I’m always thrilled to get a chance to talk about my stories. Loving a Fairy Godmother is about the Cinderella story from the fairy godmother’s point of view – that is, if the fairy godmother was also dealing with her own romantic escapades while trying to ensure Cinderella got her Happily Ever After.
Alexis: That sounds so fun! Where did you get the idea for this story?
Danielle: Usually my stories start with the characters. In the case of Loving a Fairy Godmother, the character who appeared to me was Tiernan, the hero of the story. This is one of those instances where I have no idea where he came from, he just popped into my head fully formed. There he was, this dashing rogue with dimples, who told me he was the only fairy godfather around.
So I started wondering why there was only one fairy godfather, and the rest of the story followed.
Alexis: You have to love a guy that’s masculine enough to be the only man in his profession J What are your favorite character traits of Reina and Tiernan?
Danielle: I love the pride Reina has in her work and how fair she is in her dealings with everyone. She is one of those people who commands respect, even as everyone may fear her just a little bit. J For Tiernan, well, Tiernan is just perfect. He has this roguish charm, but he has integrity and a core of steel. And don’t forget the dimples! 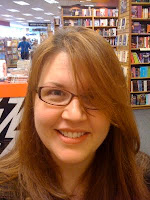