Our guest author today is Buffy Christopher. She is giving away two different books, so be sure to leave her a comment :-)

HOW DO YOU WRITE THE PERFECT SEX SCENE?
Well my lovelies first you must let your imagination run free. And do a bit of research. When writing sexy scenes, relax! You can't screw it up if you have ever had sex. You already know what goes where even if you have never done what you're writing. You know how it feels, what emotions go along with it. Today, tomorrow, years ago, sex hasn't changed. We all still make love in pretty much the same way, except today not much is taboo. And if you have never tried something, experience it. Even if you don't like it at first, it may grow on you.

The perfect scene has a few components. Well first sex, second emotions, third your characters and last maybe some plot. Depends on the situation you thrust your characters into. Is it a quicky? Is it a slow long love scene? Are they meeting for the first time? It's all up to you.
I have written several sex scenes for both male and female and male and male characters. Have I ever had gay sex, male on male, well no. I'm not a man, but I have done my research. I can't tell you how many m/m books I've read because I've lost count. Some are contemporary, some are hard core BDSM, but one thing is always the same in every sex scene no matter who the characters are. Tab A goes in slot B or C. Simple. 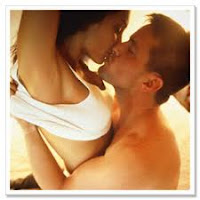 So start by finding your location or setting. Are they in a bedroom, a forest, up against a wall? Anywhere public or private will do as it is your imagination and scene. After you have your setting, pick your point of view or perspective. Are you writing the male role? The female role? If you do either, make sure you stay in that POV for the whole scene. Head hopping mid-scene confuses the reader and takes them out of the story. Next decide what they are doing or will do. Is it making out? Oral? Missionary? Whatever you choose cannot be wrong because it is your scene. Begin. Just start writing and let your imagination flow. Have an idea of where they are going but not necessarily how they will get there. Is the goal to climax? Just find pleasure? Make the other person feel good? Make them see God? Obviously the more dramatic the scene, the hotter you will need to write. Slow and steady doesn't always win the race. Sometimes a good hard drive is what is needed.  Once you determine where you're going, crank it up until you achieve the desired outcome. And remember, if it doesn't crank you up... it probably won't make anyone else excited either. I have known authors who have said, "Wow! I think I need a smoke after that!"
The point is, you can't do it wrong. So go for it!!
Thank you for letting me blog here on Happily Ever After Thoughts and may your endings always be just that!
Your amorously,
Buffy Christopher
http://buffychristopher.com/books/
For a chance to win a copy of Twin Moon or Ivy's Surprise be sure to leave a comment :-)
Posted by Alexis Walker at 7:00 AM