Oh my gosh! What aren’t I up to?  For starters, my latest western, A GOOD MAN FOR KATIE, is up on Kindle KPD right now and FREE through December 9th. The actual release from The Wild Rose Press is still scheduled for February 2013.

I was also just contacted by the cover artist from Whiskey Creek Press for my novel A SCANDALOUS WOMAN, which is also coming out in February 2013. I’ve learned that I finaled in a writing contest for my novel A Treasure Worth Keeping, so I’m waiting to hear about that.

In the meantime, I am writing, writing, writing (in between working and taking care of the house). I’m currently in the middle of a Civil War story entitled Mischief and Magnolias, a romance that I started way back when and put away for a while. I do that though. I get an idea and I run with it until I run out of steam then I put it away and continue on with what I was working on before that idea struck. If I don’t get the idea, etc., out of my head at the time, one of two things will occur…..the characters will start driving me crazy with their insistence that I at least start their story or….I’ll forget it completely and I don’t want to do that. 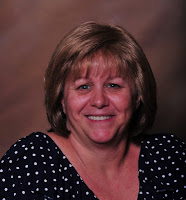 But that leaves quite a few unfinished (or unfinished yet) projects in my computer. I actually took the time the other day (when another new idea suddenly popped in my head) to find out exactly how many of these I had. Would it surprise you that I now have seventeen ideas, all in various stages of progress? It surprised me! Now that I know it though, I must be going…..and finish all those stories.

For more about Marie’s books go to http://mariepatrick.com/