Catching Rebecca by Siera London available now and with a Free Book Giveaway! 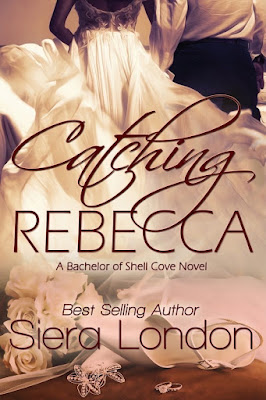 by Siera London
Going to the chapel, and we’re gonna get …Scandalous.

Trapped by family obligations, Rebecca Lynn Holbrook, the heir to Holbrook Industries, is not the spoiled rich girl everyone thinks she is. She’s a company asset to be sold and traded. In exchange for the cash infusion the company needs, Rebecca Lynn has seven days to complete a negotiated marriage contract. There’s just one hitch in the plan—her lover—sexy ex-Navy officer Darwin Masters.

Darwin Masters is not the man he used to be. He has no use for the constraints of society nor family expectations. When a tragic accident leads him back to Shell Cove, he finds healing and comfort in Rebecca Lynn’s arms. Focused on starting his security firm and building a new life with the woman he loves, Darwin is blindsided by news of Rebecca Lynn’s impending nuptials.

But nothing is as it appears. When an impulsive decision lands Rebecca Lynn in Darwin’s arms once again, it sets off a chain reaction of dangerous consequences neither of them anticipated.

With Rebecca Lynn in danger, and Darwin’s fledgling company in jeopardy, how will they protect their love and outwit the powerful enemy fast approaching?


Banging at the door had Rebecca Lynn tunneling shaking fingers into her hair. Well, it would have been hair, but the half-cocked halo veil overflowed her hands long before she felt a single strand of hair.


"Go away. I'm sick," she yelled. The force of the knock rattled the door within the frame. Not Mother Margaret this time. A man stood on the other side of the door. Had Margaret returned with reinforcements? Obviously, Mother's prompting led Dick to express some interest in Rebecca Lynn's whereabouts. He'd remained blank faced while Rebecca Lynn showered him with her gastric affection. Had her fiancé come for his bride? If so, Dick could suck Rebecca Lynn's teacups because she would leave this room when she was ready and not a moment sooner.


The cash infusion Holbrook Industries needed dictated when she married. Her father controlled whom she married. Margaret, with her wedding marshal tactics, oversaw the wedding’s execution. It might not be much, but Rebecca Lynn would decide the hour she walked down the aisle.


"So am I, B." She recognized his voice instantly. The air froze in Rebecca Lynn's lungs. Darwin's soft bass flowed over her with the warming effect of softened butter on a fresh-from-the-oven biscuit. The best kind of Southern comfort. He was the only person to call her B. Your kiss is the sweetest thing I've ever tasted. Darwin made her feel as if she was the most beautiful girl in the world. His effect held true more than a decade later. He'd called her Honey B for the first time that day. Her cheeks warmed with a blush remembering her first kiss. The gentle force of Darwin's tongue as it parted her lips. The sweet caress–


Rebecca Lynn jumped when the door shook behind her. Nervous fingers fiddled with the knob, the hinges squeaking when she flung the door wide.


Darwin's muscular frame filled the doorway. With both hands holding either side of the doorway as if he were caging her in, he was six sexy feet of everything she ever wanted in a man. His angular jaw more pronounced with his lips pressed together in a firm line. He had a slight crook to his nose, with a wider tip and thick brows over arresting blue moon eyes. His eyes held a rolling wave of sexual hunger when they met hers. Darwin – an Ivy League naval officer – turned his back on the privilege of affluence to serve his country. He'd cast off polite society's rules long ago. Everything about him was military crisp and raw. His blond waves, once soft and vibrant as corn silk, were gone, replaced by a precision cut at the nape and temple; the golden spikes resembled the plume of a Roman soldier's galea. He didn't make a move, so she did.


"Get in here," Rebecca Lynn said, pulling him inside. She peered left then right down the hallway before she slammed the door. She stood stock-still as he regarded her from bare feet to twisted halo. Unsure what to expect from his inscrutable expression, she threw her arms around his neck and held on for dear life. A bubble of laughter tumbled from her lips when he squeezed her tight. Confident and sure arms encircled her waist, anchoring her to him. The knot that had formed in her stomach seven days ago when her father had called her into his study to inform her that she was marrying Dick uncoiled.


"Hey, babe," he whispered. The soft press of his lips to her forehead was like a spark to a powder keg. In an instant, her insides ignited demanding a deeper connection. "How you holding up?" At five-foot-eight, it was easy for Darwin to place a kiss in all the places she liked. Closing her eyes, Rebecca Lynn breathed in his familiar Cool Water scent and melted in his arms. She placed her parted lips on his neck, sucking gently, before delivering a moist kiss over the reddened area to soothe. 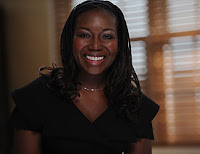 Siera London is the Bestselling Author of drama-filled, action-packed, and sexy, contemporary romance and romantic suspense. A native Floridian, Siera lives on the Gulf of Mexico with her golf loving husband, seven backyard iguanas, and a color patch tabby with a proclivity for jamming the printer.

Siera loves to connect with readers. Here’s a *giveaway* to get you and Siera talking about romance. Sign up for Siera’s mailing list to receive a free copy of Chasing Ava, Book 1 in the Bachelors of Shell Cove series.