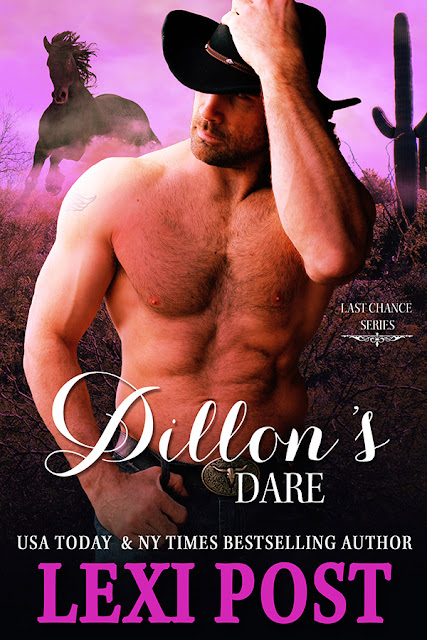 Does he dare love her?

After his mother goes too far in her attempts to marry him off to a woman of social standing, Dillon Hatcher follows in his brother’s footsteps and escapes to his grandparents’ house. Though he misses breeding the American Quarter horses at home, he’s happy to help the horse rescues at Last Chance Ranch. What he’s not happy about is Hailey Pennington literally dropping in. Do his mother’s schemes

Hailey, “the Hellion” as her brothers fondly call her, has been crushing on Dillon for over a year, so when she discovers he’s moved to Last Chance, she takes the opportunity to meet up with him without his mother’s interference. It doesn’t take long for her to see the man is open to a relationship…as long as it isn’t with one of his mother’s favorites. Just her luck, that’s exactly what she is.

Determined not to fall for Hailey, Dillon finds himself becoming far too interested in her. But before he can decide which is more important, denying his mother or pursuing his own happiness, fate steps in, leaving him no choice at all.