Well, summer is finally here is my little corner of Wisconsin. It took forever, but now even the mosquitos are enjoying the heat. I gave up in surrender. They can have the outside while I hide inside.

In other news, When Rome Falls has been released. Yay! And, there are a ton of things happening over at Pierce Patrol. You can answer the question of the month or you can get in on one of the giveaways. Head over to Pierce Patrol and join the fun. 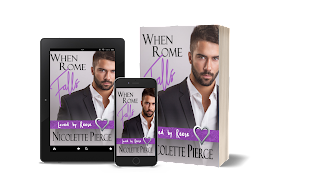 Excerpt from When Rome Falls:


Rome had done a lot of stupid things in his life, but carrying Bethany had to be one of the dumbest. Fortunately, he was almost to the house where he could deposit his cargo on the couch and go take an ice-cold shower.


As soon as Bethany had wrapped her arms and legs around him, her body clinging to his, he had realized his mistake. But what was he supposed to do? Watching her hobble home in pain wasn’t an option.


So now her light breath tickled his neck, her clean citrus scent circled around him, her breasts pressed against his back, and her legs . . . oh, her legs were wrapped around him, spurring intensely inappropriate thoughts. Ones that he had no business thinking.


Instead of allowing the mind-consuming sensations to continue, he thought about all the reasons he couldn’t take her to one of their rooms and make his thoughts a reality.


One, he was not an animal. Although, he rather felt like one at the moment.

Two, her feet hurt. Although, he could make the rest of her feel better.

Three, it was against company rules. To hell with the rules.

Four, she was engaged.


He held on to that thought until they made it to the house and he deposited her onto the couch. 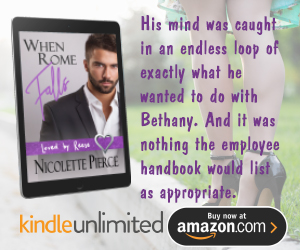 Haven't checked out Rio yet? What are you waiting for? 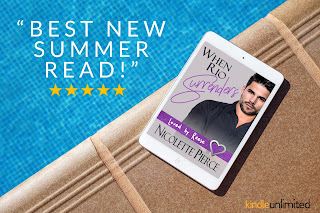 Have a great July. I'll be back in August with more news.

Nicolette Pierce
Posted by Nicolette at 7:00 AM