It's Christmas in July! PLEASURES OF CHRISTMAS PAST on sale for 99¢ 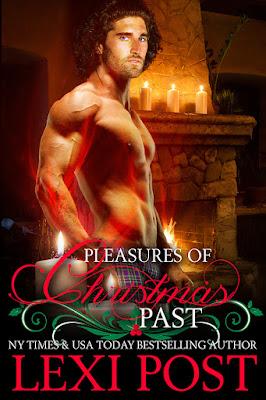 When present-day American social worker Jessica Thomas is assigned her first case as a spirit guide, she’s excited to serve as the Spirit of Christmas Past for her client and prove she knows her profession well. Unfortunately, her mentor, the very hot, very single, and very Scottish Duncan Montgomerie has little faith in her ability and plans to catch her when she falls. As far as she’s concerned, he’s going to be waiting a very long time.

Bachelor Duncan Montgomerie hails from late 18th century Scotland where he enjoyed life to its fullest, something he continues in death. Having been dead a while, he is well equipped to handle the afterlife where time doesn’t exist and phasing is the norm. What has him stymied is his connection to the uptight Jessica and the strange feelings he’s experiencing being around her, even though she refuses to listen to his advice. Duncan needs to figure out what it all means and fast because the rules change after death and the path Jessica is headed down could cost her her soul. 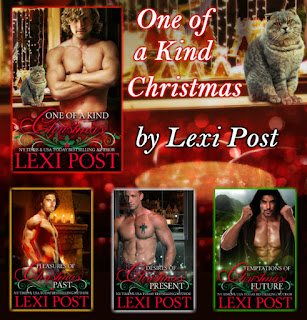 One of A Kind Christmas
(A Scottish Christmas Carol #4)
Posted by Lexi Post at 11:28 AM