When a Helpdesk is No Help At All.

Hey ya'all...how the hell are ya? Good, I hope...kicking arse and taking names if there is any justice in the world. 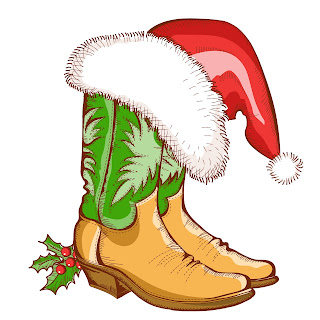 Well, it's almost Christmas and I'm almost ready.  Everything is ordered and supposedly "on its way"...which sometimes is a lot like "the check's in the mail." My big tree is up (still...from last year), and the small tree is up (new...from this year), but my outside lights still need work.  Baby steps.  :)

So, today's blog is about one of those situations that comes with Christmas. If you order lots of stuff online, you may encounter the dreaded HELP DESK...sometimes referred to as the helpless desk around our house.

Now, don't get me wrong. There are lots of wonderful people who work at help desks, but since everyone has gone to outsourcing them, they just aren't what they used to be...and here is one example.

I purchased a gift for a family member and was so excited to have found what I think is an excellent gift. But then it started. It began with 3 emails the night I purchased the product, to be followed by no less than 3 emails a day every day since. Some emails are saying congratulations on a great buy, some are offering me more of the same at a lower price.

What the hell makes them think I'm going to be excited about knowing they will sell me more...cheaper? That just makes me feel like I've seriously overpaid for the original purchase! Anyway, I digress.

They finally wore me out with the incessant emails, so I went online to see if I could request a frequency for emails. Nope, no options...it's all or nothing. Well, I didn't really want to completely opt out, just in case they offer some additional content that I would like to know about...I just wanted it to come at a reasonable rate.

So I emailed the helpless desk explaining I did not want to unsubscribe, but to simply reduce the frequency of the emails. Someone named "Money" replied to me.  I kid you not...that's the name he's going by. Anyway, Money replied telling me no problem, I could just hit the "unsubscribe" button at the bottom of the email and the emails would stop. 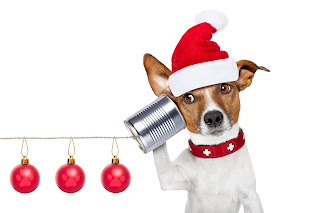 Uh...NOT WHAT I SAID! It was like talking to a three year old and having to make them stand still as you pointedly say, "Listen to my words." I honestly don't understand why they can't train help desk personnel to actually listen and address the problem as you have actually stated it, or maybe they would be a better fit in...well, I don't honestly know. Anyway, I politely wrote another email stating that I did not wish to unsubscribe, but simply reduce the frequency...but thank you anyway.

At this point I thought I was done with the helpless desk.

Next day I get an email from another person whose name I couldn't begin to pronounce who indicates he/she hopes they resolved my problem and to have a good day.

Oh-kay...maybe that was the end of it.

Next day I get another email from an even different person with an equally difficult name. (By now, I'm almost missing Money.) Anyway, this person asks that I email them to indicate if they should close my ticket or not because they hope they have resolved my issue.

In an effort to head them off at the pass and avoid any more emails on this subject, I replied that they did not resolve my issue because I was looking for the option to request fewer emails, not to unsubscribe, and perhaps they should provide that option in the future...but go ahead and close the ticket because it appears they don't have that ability.

Another email from yet another helpless person whose name I can't pronounce  indicating he was sorry they were unable to help me, but he would gladly unsubscribe me and close the ticket.

NOT WHAT I FREAKING SAID...LISTEN TO MY WORDS!!!

WTF is wrong with these people?! It's not like this is some fly-by-night company. These people cater to people who are motivated and don't mind paying a decent price for classes on various topics. They attempt to present an upscale image, and then back it up with a help desk that apparently cannot read. I responded with, "STOP. Do not unsubscribe me. Leave it alone and just close the ticket." God only knows what creative response they will have to that!

Okay, now that's off my chest and I can move on (for now).  Just think of me as your friendly neighborhood vigilante, fighting stupidity wherever it rears its ugly head.

My next blog isn't scheduled to be posted until after Christmas, so I want you all to know that I wish you a safe, happy, and love-filled holiday.

Huge hugs to you all! 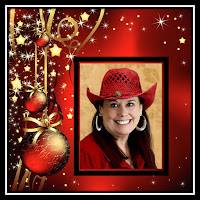 Be sure to check out Kayce's Christmas titles. They make great gifts.

Sign up for Kayce’s newsletter so you don't miss out on any of the shenanigans:

Posted by Kayce Lassiter at 4:00 AM