Interview with Kae Elle Wheeler author of The Price of Scorn 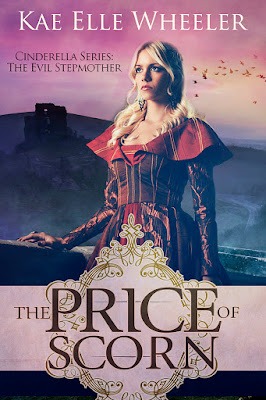 Alexis: Today we have Fairytale Fantasy author Kae Elle Wheeler who is talking about her release The Price of Scorn. Welcome Kae Elle!


What made you choose this title?


Kae Elle: Have you ever thought about Cinderella’s Evil Stepmother? What made her so mean, so evil? Well, I suppose I wondered and thought, most people turn out the way they do for a reason. There might be an exception here and there—which always makes me think of that movie, The Bad Seed. That’s a great movie, but in most cases, I believe people are equal products of environment and heredity. So, if someone were raised “Scorned” in almost every aspect, there would be a price.


Alexis: Interesting. Which authors inspire you?


Kae Elle: My absolute favorite author is Jayne Ann Krentz. She also writes historical and paranormal. I read ALL of her books. I love the quirky heroines and how they always seem to throw a wrench into the hero’s plan for the ultimate revenge. Which ends up turning him into the perfect hero because he has to stand by his word, but hadn’t expected her inadvertent interference. It cracks me up.


Alexis: That's great :-) What are you working on now?


Kae Elle: Currently, I’m re-editing The English Lily which is a side book of The Surprising Enchantress – book iii of my Cinderella Series. I’m also writing Pampered – Martini Club 4 – The 1940s. Part of a series with my Martini Club 4 friends. The 1920s series came out last February. Talk about fun!


Alexis: So where did you get the idea for The Price of Scorn?


Kae Elle: It was really the readers who left reviews for the first three books in the series. They were dying to know what happened to the evil stepmother, wanting her to “get her due” and in a strange twist, she did. I just don’t think the readers were expecting to feel bad for her. I’m quite pleased with the reviews.


Alexis: How long did it take you to write this book? Why?


Kae Elle: I started the story almost two years ago. I was at the Walt Disney Family Museum in San Francisco. Originally, I felt the story would be no longer than 20k words and would just give it away to readers who bought the original three stories. Hm. Didn’t quite turn out that way. It fit right in with the length of the other books.


Alexis: I bet your readers were happy about that :-) Thank you Kae Elle for visiting Happily Ever After Thoughts. It was great to have you.
Check out the excerpt below from The Price of Scorn.


“SO, WE’RE TO HAVE a new papa?” Pricilla stood on her tiptoes, surveying the array of items laid out on Hilda’s vanity. To a curious child it must resemble a market full of sweet meats for the taking.


Her glance moved from a sleeping Esmeralda on a pallet before the hearth to Pricilla. Hilda took a small jeweled box from Pricilla’s hands and set it back on the vanity out of reach.


“Where on earth did you hear such a thing, ma chère?”


“From Cousin Dirk.” Her tiny fingers clasped a necklace laced with emeralds.


Hilda frowned at Pricilla’s reflection in the mirror. “What exactly did Cousin Dirk say?”


Her nose wrinkled as she studied the clasp. “That if you married him, he would be more a papa than Gustaf ever had been.” She gave up on the necklace, dropping it back on the vanity before latching onto the matching bracelet and slipping it onto her wrist.


“That’s certainly true enough,” Hilda muttered under her breath. Gustaf had been a menace. But instincts warned Dirk would be just as awful, in perhaps a different way. “But as things stand, I plan on marrying no one.”


Pricilla paused and turned large, worried blues eyes on her. “But where shall we live?”


“Here, of course,” Hilda told her. She lifted Pricilla’s wrist and surveyed the gap that would fit an additional wrist or two. “Very nice.”


Each panic-trilled word rose in hysteria, until Pricilla threw her arms about Hilda’s neck, sobs racking her small form.


Hilda squeezed her tightly, furious at Dirk’s nerve in saying such things to a child. Her child. 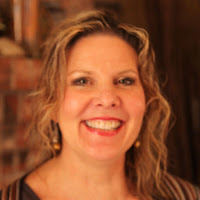 
She is a member of several RWA chapters, including OKRWA, DARA, and The Beau Monde. She writes both Contemporary and Historical romance.


Kathy/Kae lives with her musically talented husband in Edmond, Oklahoma, has one grown daughter who recently had a baby, and one bossy cat!