Happy 2019! I hope the year has been good to you so far. I've been hibernating in my house. Way too cold outside! This month I was able to track down Karen Lynch who has a New York Times best selling series. Let's dive into the interview! 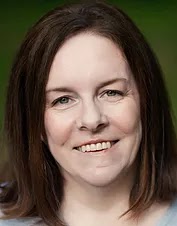 Tell us a little about yourself. When did you begin to write?

I’ve been writing since I was very young, probably nine or ten. I started writing my first book when I was eleven and finished it when I was fourteen. My writing was influenced by my favorite books at the time so my first book was basically a Nancy Drew knock off with younger characters. My next book was a teen romance, and after that I got into writing paranormal and fantasy. I’ve been writing that ever since.

Tell us about your books, especially your newest release Hellion.

Relentless is my first series. It started out as a trilogy about a girl named Sara who lost her father ten years go. Sara knows about the supernatural world and she goes looking for answers about her father’s death. She finds a lot more than she bargained for, including a warrior named Nikolas and the truth about who and what she is.

I had originally planned to just write the trilogy. But the world took on a life of its own and the readers kept asking for more, especially from Nikolas. So, I rewrote the trilogy in his POV in one big book. After that, I wrote books for three of the favorite characters from the series: Roland, Chris and Jordan. Hellion is Jordan’s book and it’s the last book in the series.

You have several characters in your series, which character was your favorite to write and why?

This is like asking a mother which of her children is her favorite. I have a special connection with all the characters who got their own book. Otherwise, I would not have been able to write their story. I think my favorite to write was Nikolas. In the trilogy, we only see him through Sara’s eyes, and there is so much we don’t know about him. I spent a year writing the first draft of Warrior and getting to know him better than I ever thought I did. It was exhausting but fun reimagining the events of the trilogy from his perspective.

What are you working on now that your series is complete? Do you have your next project in mind?

My next project is a YA urban fantasy trilogy about bounty hunters and faeries. It’s a completely different world from the Relentless series with all new characters. I’m working on book one now.

Bounty hunters and faeries sound intriguing! I can't wait to read. I see that you are a Jane Austen fan. Does she influence your writing at all?

I’m a bit of a romantic soul and I love Austen’s characters and stories. But I don’t think she has influenced my writing, except my love of a good HEA.

What is something not many fans would know about you?

I don’t think most people realize what a slow writer I am. I am meticulous about making sure the pacing of the story is right and all the subplots weave together the way I want. I can spend ten minutes trying to come up with the right word to capture mood or an hour agonizing over a single paragraph. I’m jealous of authors who can write thousands of words a day, and I even tried doing writer sprints with some of my author friends. But I ended up rewriting what I wrote. I’ve come to accept that I’m more of a slow boil writer. And I can’t tell a story in less than 100k words. Hellion was my shortest book and that was 106k. Most indie YA books are between 60 and 80k. 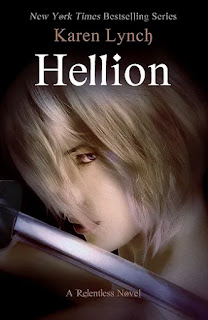 How can readers find you?

See you all next month!
Nicolette Pierce signing out.

Posted by Nicolette at 5:00 AM