For those who like a little flavor with their romance, check out The Girl Who Cried Werewolf. You'll get your supernatural taste along with a dollop of romance. A perfect blend. 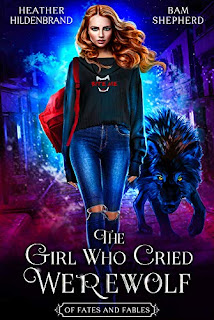 Professional book blogger Romy Cartelli may have cried werewolf once or twice. Hell, she’s even cried vampire, warlock, and dragon their fair share of times—because, as every dedicated reader knows, one book boyfriend is never enough.And her followers love it…until they don’t.Sure, Romy is being stalked by a sexy werewolf, but she’s got bigger issues to deal with. Like the fact that he might be a murderer. Or worse yet, that she got drunk and told all of her followers that werewolves actually exist. Then she fails to prove it.Cue the trolling and the haters.Now Romy’s out to prove she’s not crazy and win back her followers. But as she sets out to clear her name, she’ll discover there are bigger dangers awaiting her than internet infamy.


What's next?
For those who are wondering what I'm up to, I have a new cozy mystery in the works that has a love story that is drop-to-your-knees enthralling! I can't wait to reveal more about it. But until then, check out my brand new pen name: Nicky Graves. My first book under that name is Grim Girl. It's a sassy YA read that has a love story thread that weaves through the series. 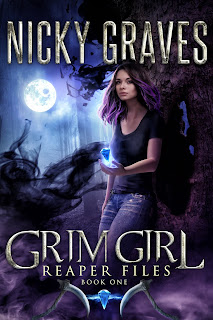 I never used to see ghosts, but life took a bizarre detour. Avoiding dead people and their reapers is now impossible.
Yes, reapers.
I found out they’re real too. And, in an odd twist of fate, I’m destined to become one. However, not many in the reaper world want me in their ranks, including the Grim Reaper, aka the king of death and all things scary.
Now I must enter a terrifying new world and keep up normal appearances at school. It’s becoming an increasingly difficult task, especially since my trainer has the initiative of an overfed hamster.
And that’s not even the worst of it. To follow my destiny, I must die.
If you like action packed books filled with enthralling characters, a deadly plot, and enough twists to keep the pages turning, read Grim Girl.
Get your copy
Posted by Nicolette at 7:00 AM