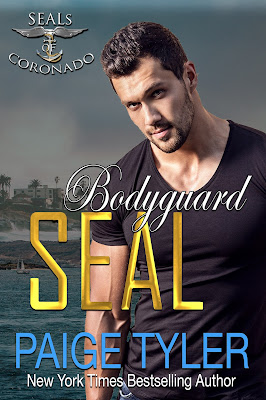 Romance can be dangerous business…


Author Peyton Matthews never expected the price of fame would come to this. But someone has broken into her house in an attempt to steal the highly anticipated book in her YA romance series. A crazed super-fan? Or something more sinister? Either way, she’s on deadline and her publisher is taking no chances. Now she’s got a bodyguard, a hotter-than-hell Navy SEAL who’ll stay with her 24/7. Where she goes, he goes. All day, all night. And suddenly Peyton finds herself living out a romance plot. But more than your heart can be broken.

Noah Bradley is on medical leave from active duty. With orders to do nothing, he’s about to lose his mind. A man can only play video games for so long. So, when his sister asks if he’d watch over a writer friend for a couple of weeks, Noah jumps at the chance to have something to do. No way did he expect the ‘writer’ to be a famous, walking-talking goddess who makes him more nervous than a room full of terrorists. But he soon realizes the quiet, sweet Peyton is everything he didn’t know he wanted. And for once he wants to have a real relationship. If he can keep Peyton alive. When she’s kidnapped by the would-be book thieves, Noah is racing against the clock to find her. And he’s running out of time.

As Peyton headed for the stairs, she was extremely aware of Noah walking behind her, and she suddenly found herself wondering if he was checking out her butt. Reminding herself that they weren’t in one of her books, she hurried up the rest of the steps, quickly pointing out the guest room, workout room, the home office where she did her writing, and a spare bathroom. “My bedroom is the one at the end of the hall,” she added. “Does your boyfriend stay over often?” he asked, his dark gaze surveying her bedroom, eyes lingering for a moment on the king-sized bed with its soft blue paisley-print blanket before turning to look toward the en suite bathroom beyond. Thank goodness Noah wasn’t looking her way or he would have seen her standing there gaping like a carp. “What?” she finally managed to squeak, hoping it would give her a little more time to gather her thoughts. “Your boyfriend?” He swung his gaze back to her. “I assume he spends the night occasionally and need to know when so I can make myself scarce.”

Blushing, she slowly shook her head. In truth, her dating life was nonexistent. But it wasn’t her fault. She’d gone out with guys in college and had been in a relationship for a while after graduating, but nothing had come of it. Dating had taken a backseat once her writing career took off. Hell, she hadn’t even been out with a guy since sometime during the middle of book two in her series. Or had it been the beginning of book three? It was hard to remember. She liked to blame her lack of social life on her writing schedule, but honestly, she hadn’t met anyone who sparked enough of an interest to bother. But maybe that was changing. “You don’t have to worry about that,” she said. “I’m sort of between boyfriends at the moment, so no guys will be hanging around.” “Except me,” he murmured. Peyton was sure she saw a flicker of something in his chocolate-brown eyes, though before she could be sure, he stepped past her into the hallway. “Yup, just you,” she said, only realizing how sad that sounded once it was out. When he didn’t respond, she decided he probably hadn’t heard her anyway, which was fortunate.   “So, this bodyguard thing,” she said, catching up with him in the hallway. “How does it work? Do you follow me around all the time, or will you be somewhere in hiding, ready to come running when I scream for help?” He gave her a smile. “Less of the first and more of the second.” She refused to touch the innuendo with a ten-foot pole. “So, I simply go about my business like normal, writing and stuff?” “Yup. You do whatever you usually do, go wherever you usually go, and I’ll stay in the background. You won’t even know I’m here.” Um, right. Peyton seriously doubted she’d forget a man like Noah was hanging out in her house. He was sort of hard to miss, even when he wasn’t in the same room. She cleared her throat, motioning toward her home office. “Okay then. I’m going to hang out up here and get some writing done. Feel free to grab something else to eat or drink if you want. I’ll be up here…just writing.” Noah smiled again, then turned and headed downstairs. Peyton watched him disappear down the steps. How the hell was she ever going to get any writing done when her hunky bodyguard had taken up residence in her head?

Buy links for the book 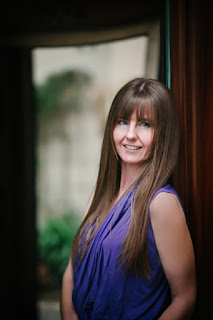 Paige Tyler is a New York Times and USA Today Bestselling Author of sexy, romantic suspense and paranormal romance. She and her very own military hero (also known as her husband) live on the beautiful Florida coast with their adorable fur baby (also known as their dog). Paige graduated with a degree in education, but decided to pursue her passion and write books about hunky alpha males and the kick-butt heroines who fall in love with them.

She is represented by Courtney Miller-Callihan.