UNEXPECED EDEN By Lexi Post on Sale for 99¢ for a limited time! 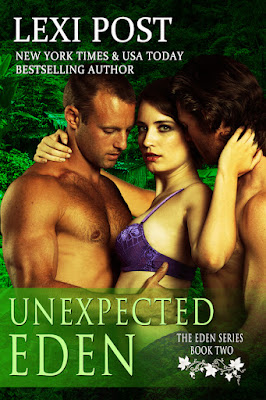 only for a limited time

Though Serena cares for Jahl and Khaos, she’s convinced she’s not the answer to their damaged souls. It’s better that she return to her family on Earth before she cares too much. That is, if she doesn’t already.

Jahl stood there, his face and body hard but his heart a scarred mess. She wanted to comfort him, tell him he was worth so much more, but his pain was so old. What made her think she could make a difference? “I don’t know what to say.”

“There’s nothing to say. It’s history. You are the future.”

“Me? Why me?” She backed up another step, Jahl’s gaze too focused on her.

He moved, covering the space between them in two strides. His hands grasped her shoulders, but not roughly. “Because you are our chosen one. We want you for our beloved.”

It was too much, too fast. “But why me? Why am I your chosen one? Why not another woman, why not Toni for example?”

He tilted his head in confusion. “You are not Toni. You are Serena, caring, curious, helpful, interested in other planetary life. We have watched you and waited until we could make Loraleaf safe for you and others who would follow you.”

“Others?” She started to feel like she was in a sci-fi horror movie. Would cloning be next? Is that why all these men had such amazing physiques and got along so well? Suddenly, she wished Sandale was here to help her calm down.

Jahl’s face softened as if he sensed her rising panic. “Yes, other women. Many filoz have been waiting to woo their woman to Eden. Some have already begun. They waited for us to bring you, so you could help others understand, transition to our life here at Loraleaf.”

Her heart went out to him. She understood what he wanted for his people. But being sympathetic toward his cause did not convince her to give up her own life. She stared into his dark blue eyes. They begged her to stay though the word “please” had yet to cross his lips. She didn’t want to hear that word from him…ever.

She lifted her hand to his face. Unlike Khaos, he didn’t hesitate. He grasped it in his own and kissed her palm. She couldn’t destroy his hope in one single conversation.

“I think I need to learn more about Eden and Loraleaf.”

“You have had six years to learn about me, but I just met you a couple nights ago. I need to get to know you as well.”

His gaze left hers. The silence was a sign he would refuse to share himself. But he finally focused on her again. “If that is important to you, I will tell you what you wish to know.”

Her heartbeat sped at his concession.

“But make sure it’s necessary because some parts of my life aren’t pretty.”

She swallowed. “I understand.”

Heat flared in her belly and she welcomed his taste. His hand tilted her head to better his access to her mouth, and she held on to his shoulders as her world tipped.

He pulled away, looking bemused by his own actions. Without a word, he turned on his heel and strode out of the room.

She sank to the floor, her knees too weak to support her, her mind too jumbled to think and her heart torn in a million directions. 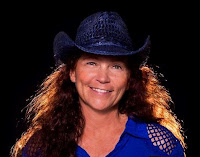 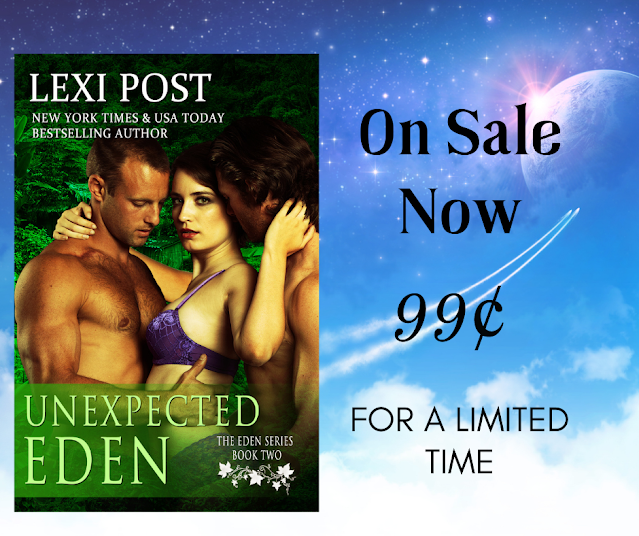