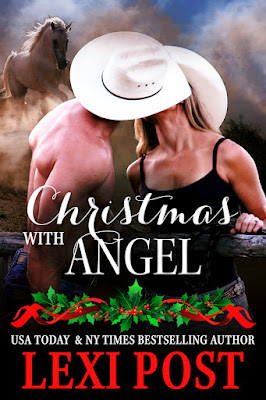 Cowboy firefighter, Cole Hatcher, is determined to do what’s right and take his fiancé with him to his mother’s annual holiday dinner party. After all, the two most important ladies in his life need to learn to get along and the sooner the better. Besides, the rest of the family will be there.

Lacey Winters can’t forgive her future mother-in-law for keeping her and Cole apart for eight years. While she loves Cole’s family, including the five they are living with, she wants to spend Christmas alone with Cole on Last Chance Ranch.

But there are worse things brewing than family drama. This Christmas day, nothing goes as planned…for anyone. 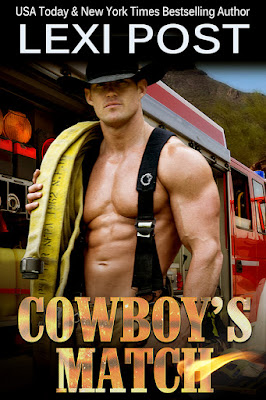 Cowboy Cole Hatcher became a firefighter to support his horse rescue ranch. He never dreamed it would lead him back to his first love, but a fire at the Poker Flat Nudist Resort lands him face-to-face with Lacey Winters. She may have started the fire that ended their relationship, but the sight of her reignites his long-buried feelings.

Lacey is shocked the hunky firefighter is the same man who dumped her eight years ago. Cole burned her in the past when he failed to stand by her, and she’s determined not to let him back into her heart. But everything about the new Cole is just too hot to resist. He melts her defenses, sweeping her away into a night of passion only to rip open old wounds.

Determined to prove who set the Poker Flat fire and the original fire that destroyed their relationship, Cole investigates both, unearthing ugly truths that reveal even more damage. Now, he's not sure he can catch the arsonist or the heart of the woman he never stopped loving.