Alexis: Hi Rayka. Welcome to Happily Ever After Thoughts.  It’s great to have you here. I noticed your upcoming release includes a heroine with magic. What is it about the paranormal world that speaks to you?
Rayka: Thanks for hosting me at Happily Ever After Thoughts, Alexis. What I love most about paranormals is creating worlds and people who can do things I couldn’t get away with in, say a contemporary or a mystery. I get to change the rules, make magic happen (literally on the page).
Alexis: It's nice to be in control, isn't it :-) Can you tell our readers what Enchanted Destiny is about?
Rayka: Kat is from a family of powerful witches. She thinks she’s escaped the family gift or curse (depending on your perspective - :o) when her 25th birthday is just weeks away and she hasn’t had a vision about her destined mate. Until she knocks into the sexy engineer supervising street repairs outside her home. Slammed by a vision of his death, she pulls him to safety.

Jake isn’t looking for love or destiny and least of all for a witch spouting off she’s his soul mate. Witches didn’t really exist. Did they?

Enchanted Destiny follows Kat and Jake as they try to reconcile themselves to the maelstrom of emotions and fear and attraction. But Kat’s soul mate must accept her love before she turns twenty-five or she’ll lose her magic.


Alexis: Sounds like a lot of fun. Where did you get the idea for this story? 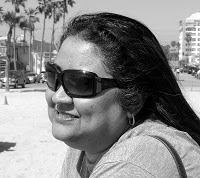 Rayka: Gosh, this is one of the hardest questions I get asked. Everywhere. Something I read or hear about will trigger a line of ‘what ifs’ in my head, and voila! I have plot or story idea. So this one came about because I knew I was going to write a paranormal romance, and for my first one, I wanted to start with witches. I actually lived very close the area where I set this book in Chicago, and just started thinking…what if, Kat lived in that walk-up, and what if she was a witch….
Alexis: "What if" is a great way to start. What are your favorite character traits of Kat and Jake?
Rayka: I like how serene Kat is about things (when her powers aren’t going crazy that is); it’s a part of her healing power and her personality –she takes things in stride. My personality is…er…very different, shall we say. Jake? Now Jake is a really dependable guy. We read so much about alpha heroes and I like them too. But in this one Jake is a harried, single dad. He’s handsome and sexy and can swagger along with the best of them but at the core, he’s a great guy to have in your corner, to come home to.
Alexis: They sound like a perfect couple, um, if they can get over than magic issue :-) I noticed your website has a very Eastern feel to it. Is this a particular interest of yours?
Rayka: I was born and raised outside the U.S (in India) for the first half of my life and though I’ve now been in the U.S for about 25 years, friends call me a border-dweller, straddling two cultures. While the Enchanted series is set in Chicago, my other WIP about an eagle shapeshifter hero is set in western India and Ireland. I also travel a lot in the east – Thailand, Bhutan, Nepal, India – so the mythology from those areas is great plot material.
Alexis: Oh, I bet it is. What great fodder for more stories. Speaking of, what can we expect next from you? Do you have any new releases coming or a work in progress?
Rayka: Enchanted Desire will be released Dec 1, 2011 by Entangled Publishing. This is the second book in the Enchanted series and follows Gina and Eric – you’ll meet them both in Enchanted Destiny.
Alexis: Thank you so much for visiting Happily Ever After Thoughts. We really enjoyed learning more about your romances :-)
Rayka: Thanks for hosting me here, Alexis. I’ll stop back by if folks have questions. And in addition to the giveaway of Enchanted Destiny, if you’re a fellow Desert Rose member, make sure to mention that in your comment. There’s a $10 Amazon gift card to win in a separate drawing if you’re a Desert Roser!
Alexis: For a chance to win Rayka’s Enchanted Destiny  be sure to leave a comment for her.  Winner will be announced on Wednesday. Check the side column for your name. But if you can't wait, you can buy the book directly at: http://www.entangledpublishing.com/enchanted-destiny/
For more information on Rayka’s Romances go to http://www.raykamennen.com/
Alexis: Check out this great excerpt from Enchanted Destiny.
http://www.entangledpublishing.com/enchanted-destiny/
Excerpt: Enchanted Destiny
© Rayka Mennen

Chapter One
Jake Taggert dragged his eyes away from her front door for at least the fifth time in as many minutes. With a muttered curse, he forced his attention back to the unrolled plans spread across the hood of his truck.

Three days. Three days since he’d begun this job, and three days he’d been drawn to that woman with the gorgeous curly hair. And legs that reached the sky. She must work nearby—she walked past him every day. Or maybe she took the bus or train? Had she already left before he arrived today?

Do not look at her house again.

With his coffee mug held away from the drawings, he squinted at the blue lines. One of the construction workers called out a greeting and he glanced up, raising his free hand in response. He noticed the trailer pulling onto the verge opposite him, piled high with sections of metal storm drains. Good. He’d called in a couple of favors and the company had come through with the delivery.

The crisp autumn breeze sent gold oak leaves scurrying along the sidewalk. It blew his hair over his eyes, reminding him he needed to get it cut. Shoving the too-long strands off his forehead, he kept his wavering focus on the intricacies of sewer pipe designs, trying to make sense of the land gradient and the lay of the new drains.

He scrunched his eyes. Lord, he was tired. If Cam would stop waking up at three in the morning, he’d be more functional. Of course, then the kid then fell asleep on the way to the sitter’s.

He stepped back from the truck and knocked into a body. A soft female body. By pure reflex, he half-turned and caught her around the waist before she fell.

“Oh, damn.” Her husky tone brought forth instant images of silk sheets and king-sized beds. Some exotic, flowery scent wafted over him.

“It was my fault.” Her full lips curved into an apologetic smile. “I wasn’t paying attention.”

Her hair was curlier than he realized from those short glimpses of her. She smiled again, flashing pearly white teeth at him.

When the hell did I started noticing women’s teeth?

She looked down at his arm still holding her waist.

“Er… sorry.” He let go, wishing he could think of something witty to say. Something that would keep her there, talking. But that had about as much chance of happening as the Bears winning the Super Bowl this year. He wanted—no, needed—to hear that bedroom voice again.

Her eyes widened for an instant as she gazed at him. Beautiful, and grass-green. Thank God her lids swept down, hiding those eyes behind thick, curling lashes. He could have drowned in all that green.

“Thanks for not letting me fall.” She nodded at him and walked on, heading away from the construction. He couldn’t help following the line of those long, long legs under her red skirt. The same light wind blew again, and flirted with its edges, teasing him with half glimpses of the backs of her thighs.

Head bent, bag slung over her shoulder, she must have walked about fifty feet before she stopped. She swung around on one heel and ran back toward him and grabbed his bicep. “Quick! You have to move.”

What the hell? “Excuse me?”

Even startled, Jake still registered the softness of her fingers on his arm and the tingle of awareness that shot through his skin.

“Please, just get away from the truck.” Her voice rose, urgent, strange. Had she flipped her lid?

She caught his arm with both hands and tugged, and he took an involuntary step in her direction.

Hell, when a gorgeous woman pulled him toward her, who was he to say no?

Still hanging on, she towed him away from the vehicle. He followed, more curious than alarmed.
“Miss, what’s going on?”

“I… can’t explain. Please just… just get away from the damn thing.”

“Hey, I don’t know what you want. What’s wrong with my truck?”

A feeling? She’d super-glued her hand to his arm because of a feeling? They stood about a hundred feet from the truck now. Enough was enough. He dug in his heels and shook loose from her grasp.
“Miss, you want to tell me what’s going on?”

“It’s just that… oh, how do I explain this?” She raked a hand through her hair, her bewildered tone touching a chord inside him.

“Explain what?” he asked, softening his tone. He glanced back at his vehicle. Maybe this was a scam and someone planned to carjack him.

The shout caught his attention. He looked in the direction of the noise, and stiffened in shock. The trailer, filled with sectional storm pipes, slid off the pavement, the tubes clanging as they knocked against each other. Tires spun as gravity took over.

“Oh. My. God.” Jake breathed the words and watched in horror as the trailer slammed into his truck. The side where he had  stood not a minute ago.

The resounding crunch of metal against metal echoed above the sounds of cars and machines. He flinched. People shouted, the words barely penetrating the haze over his mind. Unable to tear his eyes from his mangled truck, he stared, stunned.

Something sharp dug into his arm. He moved his head slowly, like swimming upstream in swamp water, and looked down at the hand still curled around his bicep. She had nice nails, painted a pale pink.

Jesus, she had saved his life. But how the hell had she known?


Alexis: Remember, for a chance to win Enchanted Destiny, leave Rayka a comment :-)
Posted by Alexis Walker at 7:00 AM