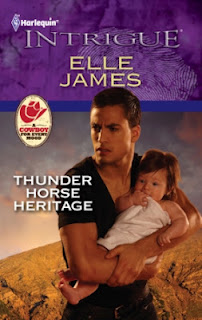 Origination of the Thunder Horse Family

As some of you might know, I was in the U.S. Air Force Reserves (retired now). During my training exercises, I met people from every branch of the service and every walk of life. During one duty assignment, I met a young marine officer from Oklahoma. The name tag on his uniform was Hunting Horse. Hunting Horse is not a name you see often on uniforms. Of course I had to ask. The young JAG officer was from Oklahoma and a native Kiowa.

For a couple years after, I remembered that name and knew I had to use something like it in a suspense/mystery setting. Once I hit on the perfect name combination—Thunder Horse—I went about finding the setting. Having lived in North Dakota for a short time, and knowing the state is home to many Lakotans I found a story about the wild horses living in the canyons of the rugged Badlands. Voila! I had a setting, the last name and a start to a series.

When I first started writing, I didn't think I could find enough ideas to keep me going for years. Now I don't have enough years for the ideas I keep coming up with.

They once exchanged their wedding vows. Now he vows to keep her alive.

She'd been his wife for barely a day and now FBI agent Tuck Thunder Horse was responsible for identifying her body. So he was more than shocked when Julia Anderson turned up very much alive-and on the run. Julia confessed to witnessing a murder and now needs Tuck to help her stay alive...and protect the baby he hadn't known she'd had.

Julia and Tuck's marriage might not have lasted, but there was not time for recriminations with a killer on their trail. As Tuck struggles to put their painful past behind them he can't help but find himself overwhelmed by his love for his little daughter...and his still-burning passion for Julia. Unable to trust anyone but each other, they know working together is the only way to safeguard their child. Could their one-day marriage turn into a life-long adventure? 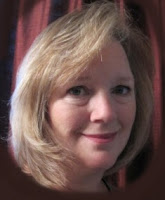 Elle James spent twenty years livin' and lovin' in South Texas, ranching horses, cattle, goats, ostriches and emus. A former IT professional, Elle is proud to be writing full-time, penning intrigues and paranormal adventures that keep her readers on the edge of their seats. Now living in northwest Arkansas, she isn't wrangling cattle, she's wrangling her muses, a malti-poo and yorkie. When she's not at her computer, she's traveling, out snow-skiing, boating, or riding her ATV, dreaming up new stories.

You can reach Elle James at www.ellejames.com or email her at ellejames@earthlink.net

Be sure to leave a comment for Elle to have a chance to win the first book in this series HOSTAGE TO THUNDER HORSE.
Posted by Alexis Walker at 8:45 AM