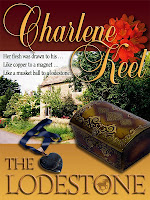 Thanks, HEAT, for the opportunity to share my books. It seems fitting as we in the U.S. prepare for Independence Day that I introduce readers to Cleome Parker, liberated, independent woman and budding feminist—not easy to be in 1830s England, especially if you’re the illegitimate daughter of a madwoman.
As if that doesn’t make Cleome’s life hard enough, along comes handsome, arrogant Drake Stoneham who wins her grandfather’s inn and tavern in a card game. Alone and penniless when the old man hangs himself in shame, Cleome convinces Drake to let her run the inn for him.
Writing this book has been a journey. It began as The Tavern House (Dorchester, 1976) after I read Catherine Cookson’s The Dwelling Place and was inspired to try a historical. While I was fortunate to have been published so early in my career, I was also at a disadvantage because my publisher put out whatever I turned in without assigning an editor to work with me—and I had no idea what I was doing.
Some 30 years later I got the book out and read it again and was absolutely horrified. There were holes in it that you could drive a coach and four through! I got the rights back, rewrote it and changed the title. It was probably the most uplifting creative experience I’ve ever had.
The Lodestone had a brief life on my now-defunct e-pub site, Tantalizing Tales, where I published it under my pseudonym, Kathryn Fairfax (I thought that was a better name for a romance author). On Kindle, it’s under my own name only because I couldn’t figure out how to include a pseudonym in my account—perhaps a happy accident. Of all the books I’ve written I think this one is my favorite.

I recovered rights to all my old titles and self-published them as ebooks, which makes me a hybrid author since I also publish with traditional houses. HCI Books/HCI Teens has just released Ghost Crown, the second book in my new YA paranormal adventure-romance trilogy—and my co-author J. Gabriel Gates and I are delighted with the reviews.

Here’s a bit of The Lodestone:

He sprawled nearby in the regal-looking easy chair, which bore the eagle’s head insignia on each of its massive arms. Pleading her case would be more difficult than Cleome first thought, with him sitting so close to her, the firelight reflecting off his hair. Once more his dark appeal assaulted her senses. Heavy brows accented his wide forehead and arched above large hazel eyes. A little smile, as if he were humoring a small child, played at his lips as he gazed at her.
“Pray,” he continued more gently. “Tell me what’s on your mind, Miss Parker. I promise I’ll not bite you or harm you in any way.”
She took a deep breath and before cowardice could overwhelm her, she plunged ahead. “It has occurred to me, Mr. Stoneham, that—as you have no plans to reside here throughout the year—you will need someone to see after the place in your absence. I have, for some time, performed many tasks in helping my grandfather run the inn. I have kept the ledgers, supervised the staff, ordered menus, purchased supplies, and the like.”
“You are suggesting that you, a mere slip of a girl, become the innkeeper?”
“It’s true I’m young, sir, but the staff all respect me. And I believe they will vouch for my efficiency.”
“My eyes can do that,” he said curtly, shifting his weight in the chair. “So you want to remain here and serve me?” He paused, but she remained silent. “Is that it?” he prompted.
“Yes, sir.” She could feel her self-control wilting under his penetrating stare. Her hands clasped tightly in her lap to prevent them shaking, she pressed her lips together, determined not to cry. She had not shed a tear as yet, and she would die before giving him the satisfaction of reducing her to feminine histrionics.
“But you cannot even heed the simplest order,” he protested calmly. “I was not out of this house an hour but you instantly disobeyed my wishes.”
“I explained why I prefer to work.” She wanted to jump to her feet and pound his unfeeling chest, but she forced herself to remain seated.
“Did you stop to consider what my reasons might be?” he asked. “Perhaps it was in my mind to sell the place. What then?”
Her gaze did not falter beneath his as she responded, “Then perhaps, if the work I’ve done in your absence is satisfactory, you’d be kind enough to recommend my services to the new owner.” A flicker of hope came to life within her. If he were to sell the inn, perhaps a more understanding employer would take her on.
“Put your mind at ease, mademoiselle,” he grumbled. “I have no plans to sell. And so you are offering your services to me, when it’s obvious you cannot bear the sight of me. With good reason, I might add.” The quick, surprised look she darted at him gave her away completely and she wished, for her mother’s sake, she could recall it. She didn’t like him, it was true; but she did not wish to make him angry. There was too much at stake. “Well?” he demanded.
She had to look away from him as she struggled to hold her emotions in check. “I must see that my mother has lodging and a little food every day,” she said at last. “We have no relatives to whom I can appeal and she will not survive if we are set upon the road. I would suffer anything rather than allow it.”

He leaned close to her and placing his hand beneath her chin, he drew her face up so that she was looking directly into his eyes. And then he spoke one distinct word.
“Anything?” he asked softly.

For more about Charlene's books, visit her at www.charlenekeel.com/