Alexandra: Thanks for sitting down and letting me talk about my books. The Vampire Destiny Series centers around Josephine and Stefan.  She’s a half-vampire hybrid and he’s a millennia-old vampire. They are both powerful psychics: he had a vision of her 200 years prior and had been on a mission to find her, and she’d had vivid dreams about him.  One might say they were destined or fated to be together.  During the series, Josephine starts to uncover her mysterious past, and they are both drawn deeper into the dark world of vampire politics and society.

Alexis: Sound like a very interesting series. Your latest release in the series is ILLUSION. What is this novel about specifically?

Alexandra:  Josephine has just found out that she’s a vampire hybrid and finally met her birth father.  She’s coming to grips with what it is to be immortal and realizing that she does have forever to spend with the love of her life.  She also begins to find out more about Stefan’s past, her vampire father and her mother’s mysterious death.  However, her curiosity at uncovering more about her heritage puts her life-and the life of another character- in jeopardy.

Alexis: Ah, so in learning more about herself, problems arise. I like that :-) Where did you get the idea for this story?

Alexandra: It always sounds a little silly when I tell it, but actually Stefan and the idea of a predestined love came to me one morning when I woke up. He’s my muse and definitely wants his story to be told, even though we hear (or should I say read it) through Josephine’s eyes.

Alexis: I completely understand. I once had a Greek god demand I tell his story. So, what are your favorite character traits of Josephine and Stefan? 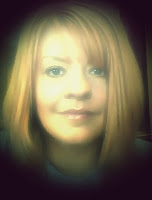 Alexandra: Josephine is a flawed character. She’s a little sarcastic, opinionated and insecure sometimes.  She’s a powerful psychic and empath, so she’s spent a lot of her life shielding herself from people because of her abilities.  She’s been on her own and had trusted her instincts for a long time.  Being with Stefan has made her more vulnerable and has softened her as their relationship progresses.

Stefan is everything I would want if I could have my own vampire.  He’s powerful, drop dead gorgeous, loving, intelligent, witty and a tad high-handed at times.  He’s also new to being in love, so he has to learn to let go and be vulnerable as well.  They’re both learning how to be in love.

Alexis: They sound perfect for each other! Why did you decide to publish your own works as opposed to submitting to publishers?

Alexandra: I wanted to be in control of what I wrote and when I wanted to write.  I can set my own deadlines, choose what goes into each book. It gives me a lot of freedom as a writer that I wouldn’t have if I went the traditional publishing route.

Alexis: Good points. What can we expect next from you? Do you have any new releases coming or a work in progress?

Alexandra: I do. AWAKENING, Book 3 in The Vampire Destiny Series will be released December 15th, 2012.  I’m also working on a new vampire book series called The Dark Hart Chronicles. Book 1 will be out sometime in the spring of 2013.

Alexis: That's great. Your readers have a lot to look forward to :-) Thank you so much for sharing your story with us. It's a pleasure having you visit.

Alexandra: Thank you so much for having me.

Alexis: For a chance to win a signed copy of ILLUSION, be sure to leave a comment for Alexandra. If I have contact information, I will let you know when you win, otherwise, check the side column for your name on Wednesday under WINNERS.

For more information on Alexandra and her books, go to
http://www.amazon.com/Alexandra-Anthony/e/B0086EI9PK

Alexis: Check out this excerpt from ILLUSION