Vampires evolve from creepy to hot! 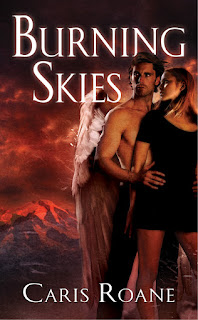 Do you remember Dark Shadows? Not the movie with Johnny Depp, but the television series in the late sixties-early seventies about vampires? Barnabas Collins and Collinsport, Maine? I remember it fondly, remember stealing down to my girlfriend’s basement so neither her mother nor mine knew we were watching that fabulous soap opera. I had been forbidden to watch this and I know for a fact, my best friend at the time had been forbidden as well….and no, it didn’t stop us (as young as we were) but I digress. I do have a point so bear with me….
My apologies to Mr. Frid, the star of the series, but I did not find him handsome. Actually, he frightened me so much I had nightmares about him.

Now? How vampires have changed! Especially in books.
Take the Blood Warriors from Caris Roane’s Ascension series. They are, to a man, gorgeous and muscular and so beautiful and sexy, they make your heart hurt. Kerrick was the first one I fell in love with. Since then, there have been others. Many, many others. And how can I resist? How can you?
So what do you think? Do you prefer the vampires of old like the creepy one in Bram Stoker’s Dracula or do you prefer the newer, more handsome…and deadly…version? Me? I’ll take handsome and deadly. Oh, yeah. Definitely!