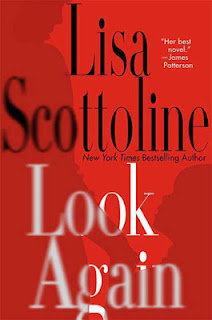 If you love children, Scottoline’s story will keep you trembling as Ellen Gleason doubts the legality of her son’s adoption.

Ellen’s journalistic curiosity peeks when she accidentally notices the postcard for a missing child who has an uncanny resemblance to her three year old adopted son, Will.

The adoption had been all legal and good-so she thought.

As Ellen attempts to dig up information on the missing boy, she also reviews the adoption, although it’s difficult when the attorney she worked with is dead.

Taking time off from the newspaper she writes for, Marcello, her boss, takes a special interest in her neglected work and sleepless eyes.  If she had time for Marcello, she’d bask in his kindness and gentle offers of help.

Instead, Ellen tries to follow the path of Will’s life before she adopted him and only finds dead bodies.

And if it weren’t for Marcello patiently waiting for her need of him, she might become one of them.

Marcello shows great character as the strong and silent type, which plays into Ellen’s stubborn and busy heart.   Even the independent need someone to lean on once in a while.