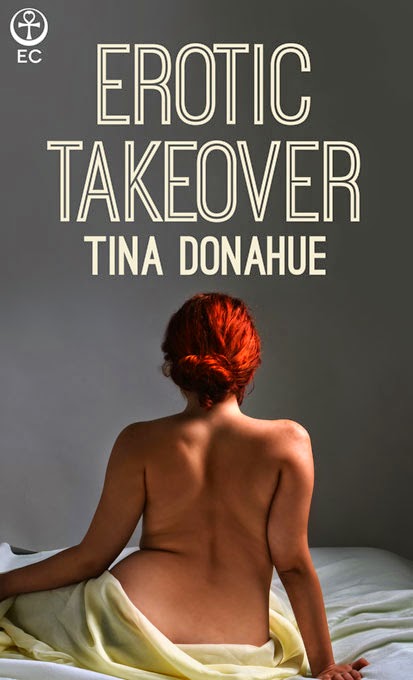 
True to his word, Mac didn’t touch her in any inappropriate places while he strolled the aisles, pulling boxes and cans off the shelves, reading the ingredients as if he’d never done anything like this before.
Jodi suspected he hadn’t, finding her life an adventure he’d never had to face. For someone like him, it was a fun challenge to budget money, clip coupons, search for all the specials. At least until it became a bore, which would happen eventually.
Her heart cramped at the thought that this would be their first and last grocery trip together. Never had she wanted him more. He was so damn hot and adorable. Like a little boy with his first puzzle, trying to put all the pieces together.
Bent at the waist, Mac studied the store labels beneath the spaghetti sauces. Each showed the cost-per-ounce comparison between the brands.
Two middle-aged women reached past him for their choices. He apparently didn’t notice.
They stared at his luscious profile then gave Jodi the once over, dismissing her as though she had nothing to do with him. She could read their thoughts in their expressions—a hottie like him surely wouldn’t be with someone like her.
Sighing, Jodi checked the time. They’d been here forty minutes already. Mac looked as though he could go all night at this.
“This one,” he said, tapping the bottle of Prego. “It’s three cents cheaper than the other—wait, I think we have a coupon.” He checked his iPhone and beamed as if he’d just inherited Garner’s. “Fifty cents off. Awesome. I’m adding it to your shopping cart.” He put the Prego in her basket. “Where’s the cheap wine?”
“Why?”
“We can’t have spaghetti without booze. What kind of cook are you?”
Jodi lifted her shoulders, her mind stuck on how he’d said “we”, as though they were a couple…or maybe just friends. That had to be it. Mac had fun when he was with her, just as he would with a guy, with the added bonus of sex.
“You can’t cook?” he finally said then sighed. “Looks as if tonight’s on my shoulders.”
“You’re going to make a meal for us?”
“Sure. How hard can it be? If I hit a problem, I’ll Google it on my phone or call Joe.”
She frowned. “Who’s Joe?”
“The chef at Garner’s. Great guy. He can talk me through anything.”
Jodi laughed. “You do know there are cooking instructions on the packages.”
Mac picked up the box of spaghetti. His eyebrows lifted as he read the directions.
God, he was beautiful when he was clueless. “Do you eat out for every meal?”
“Nope.” He tossed the box back in her cart. “I get delivery or takeout sometimes.”
“You don’t even have coffee at your place?”
“There’s a Starbucks less than a mile away.” He leaned into her and murmured, “That’s why God made them, for guys like me.”
Wow, he really was a virgin at this. Tonight was going to be something.

I’m an award-winning, bestselling novelist in erotic, paranormal, contemporary and historical romance for Kensington, Samhain Publishing, Ellora’s Cave, Siren Publishing, Booktrope, and indie. Yay! Booklist, Publisher’s Weekly, Romantic Times and numerous online sites have praised my work, and trust me, I’m forever grateful for that. I’ve had my books reach finals in the EPIC competition, one title was named Book of the Year at a review site, and others have won awards in RWA-sponsored contests. I’m actually featured in the 2012 Novel & Short Story Writer’s Market. Talk about feeling like a freaking star. Before my writing career, I was the editor of an award–winning Midwestern newspaper and worked in Story Direction for a Hollywood production company. Outside of being an admitted and unrepentant chocoholic, I’ve flown a single-engine plane (scary stuff), rewired an old house using an electricity for dummies book, and have been known to moan like Meg Ryan in When Harry Met Sally whenever I’m eating anything Mexican or Italian. Yeah, I like to eat (burp).