Good morning!  Or afternoon, as the case may be.  I’m afraid I’m a bit late posting my blog this morning.  But better late than never, right?  Oops.  Well, that’s the story I’m going with. 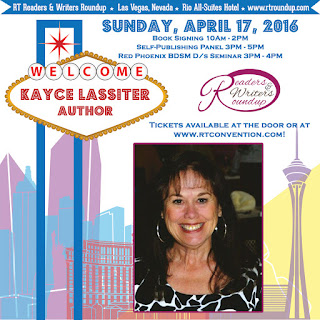 But I do have a good excuse—I was working.  Hand in the air, cross my heart, hope to…well, you get it.  I was working until almost 4am trying to get some books formatted so I can get them off to the printer in time for the Romantic Times Conference in Las Vegas next month.  Woo Hoo!!!

Here’s the stupid thing I did, though…because we all know Stupid Girl shows up when the pressure’s on.  I decided to move the printing of all my books to a local printer, which will allow me to get a better price by not paying for shipping…thereby enabling me to sell them to you all at conference pricing at book signings.

Anyway, I digress.  In order to reformat a number of books, I purchased a software package so I could upload the books myself to the printer’s site, as well as some additional ebook sites.  Here’s where Stupid Girl comes in…she didn’t notice that the software package was only available for Macs.  Seriously?  Now what?

Well, I have a partner in crime, Tina Gerow, who has a Mac.  So I got her to download the software onto her machine.  The only problem is that Tina actually uses her machine to write…I know, shocker.  That means I have very small windows of opportunity where I can impose on Tina to allow me to use her computer to format books…and this time I had 4 of them to do.  DUH!  So the bottom line is that I reformatted books from about 7pm last night until 4am this morning.  Hence, the blog was late.

On that note, I did have a couple of things I want to share with you today—two new covers.  Yeah!  First, I am putting a new face on an old friend.  My first Delta Jane story is Midnight on the Double-B, and since that has grown into a series and the covers have evolved into something more consistent across the series, I’m going to re-release the story with a new cover that will tie it to the series. So…drumroll, please…here is the new cover I will be releasing for Midnight on the Double-B. 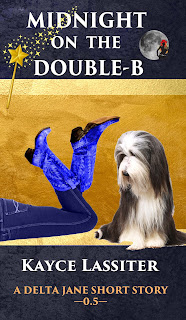 Like it?  I sure hope so…I debated long and hard over the electric blue boots.  LOL  Tina Gerow finally convinced me they are sooo Delta.  (smile)

The other new cover is going on a newer new release.  HUH?  I know…WTH is she talking about?  Remember the box set we put out last month from the Butterscotch Martini Girls?  Well, my story, Slingin’ Bull, is being released this month as a stand-alone single.  So you will have an opportunity to purchase this story either as a novella, or as part of the box set—and those of you who collect covers may want to buy both just to make sure you have both covers.  So here’s the cover reveal for my new cover for the single novella, Slingin’ Bull…which is a new installment in the Delta Jane Series.  Hope you love it! 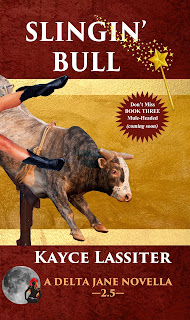 Okay, folks, those are all the new announcements and new covers.  Now I have an update for ya’all on the family reunion, since I received several emails wanting to know how the redneck reunion went and asking if there were any new stories coming out of them.  Well…it was a redneck reunion…of course there are stories!

My 84-year-old mother asked me at one point what my 16-year-old grandson, Tyler, was doing.  I told her that he was going to take some pictures so we have pics of everyone.  So when Tyler pointed the camera at his older brother, Justin, my mother asked me, “Are you having him take a picture of Justin so the girls can see he’s not married and ‘available’?”

I stared at her for a moment and replied, “Uh, no.  I don’t think a family reunion is really the best place to troll for a girlfriend.”

Here’s your sign.  Mom, I love you, but I think you need to lay off the juice for a bit.

The other funny “oops” came from Naz, my cousin LaJoyce’s teenage grandson.  They were carting bags and crock pots of food out to the car, preparing to leave after the reunion.  As they were taking the last load and hugging everyone goodbye, Naz stopped in the living room to admire a large cowboy hat rack that was given to me by a very dear friend.  Naz was very taken with it and without thinking, he announced very loudly that he loved the hat rack, following that statement with, “That is a great rack you have there.”

Well, those of you who know me know that I could NOT allow that to pass quietly.  I opened my eyes wide and looked at my cousin and asked, “Did Naz really just tell me I have a great rack?”

Poor Naz.  The kid turned 12 shades of purple and hung his head.  Then he slowly shook his head from side to side and replied, “Yes, I did.”

And, that, my friends, is a good old southern country family reunion…the family matriarch encouraging her great grandson to troll for girlfriends and teenage boys telling their grandmother’s cousin that she has a great rack.  Just doesn’t get any more redneck than that! 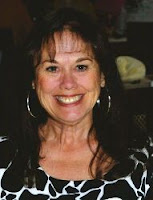 Posted by Kayce Lassiter at 1:43 PM