Hey, ya’all, how is everyone doing?  Excellent, I hope!  I’m doing great, but I’m still recovering a bit from being a nervous wreck.  I entered my newest cover in a cover contest and it’s been a rough ride over here watching the votes.  LOL 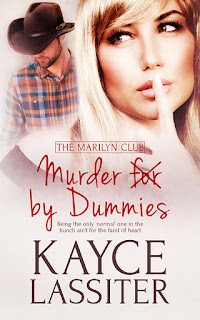 It all started when Emmy Ellis created a stunning cover for my new release, Murder by Dummies.  Gorgeous, isn't it?  I was so proud of it that when I received an email flyer about the cover contest, I thought, “Why the hell not?!”

So, I sent in my $10 entry fee, submitted my cover, and was soooo proud when it showed up on the contest website.  Cool!  Gorgeous cover, and it’s all mine.  I’m a very proud momma.  Then the contest opens, I send out my plea for votes and holy cow, do my readers/friends/family and their readers/friends/families respond in spades!!!  The votes poured in and I surged to first place.

Now I start watching the votes and I’m climbing, leaving the pack behind. I’m excited.  I might actually be a contender!!!  I’m not used to hitting first place because I tend to prefer to compete against myself, so it was way exciting for me and within 24 hours, I was hooked and determined to win.  But then another contestant began the chase.  In one day, she racked up like 150 points or something ridiculous like that, and knocked me out of first.

Now I’m invested.  I start watching the votes tick up…I get one, seconds later she gets one, I get one, she gets one…it goes that way for 2 whole days.  I start to see conspiracy theories everywhere I turn.  Maybe aliens are picking up my brainwaves and transmitting my secrets to her. 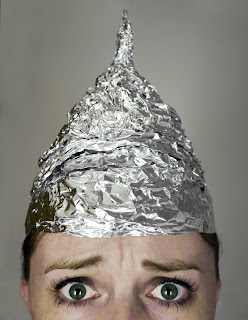 So, I decide to put out a huge call for votes and I get a TON of them.  I surge from about 30 votes behind to about 30 votes ahead.  Unfortunately, that only seemed to piss her off, because she kicked into high gear and blew by me to the tune of almost 100 points!!!

A little over-kill, I’m thinking.  J  I should have made that tin foil hat!

So now I’m a crazed woman on a mission.  I’m emailing everyone I know.  I’m texting people I haven’t talked to in 2 years, I’m checking the counts every 2 minutes, I’m staying in my pajamas, not bathing, not brushing my teeth, not eating…  Alright, it wasn’t quite that bad.  But I was checking the counts 100 times a day, staying up late worrying about how to get more votes.  It had turned me into a CRAZY WOMAN!  I’d wake up in the middle of the night and check the counts. 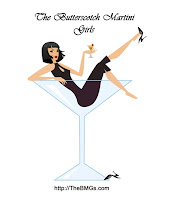 But Thank God, I have my Butterscotch Martini Girls and alcohol.  The BMG’s peeled me off the ceiling and reminded me that the prize I was going after in that contest was available to the top 3 placings, and that my cover was doing one hell of a good job.  They reminded me that it was a kick-ass book with a kick-ass cover, and no one could take that away from me.  They reminded me that this was a friendly competition, and not the end of the world…this was not Coke trying to outsell Pepsi.  In fact, this wasn’t about sales at all.

Then I took their advice and poured myself a drink, and the alcohol put me in that place where life was good again.  J  Okay, so now I’m breathing normally again, I’m dressing and eating again, and I had to ask the big question.

What happened to make me go all Lizzie Borden?

I’m not normally an extremely competitive woman, so why did competitiveness kick in like gas hosed on a bonfire?  I think I have the answer…I was so close.  I had taken first place and could almost taste victory.  I had the brass ring almost in hand.  So, when it looked like someone might steal the prize from me, all of a sudden that prize that was available to the top 3 placings seemed to be slipping from my grasp.  I lost perspective.

Has that ever happened to you?  Ever got so close that reason sprouted wings and flew the coop?  That you found yourself obsessing over something that didn’t have nearly the value you had assigned to it?  Yeah, I thought so.  I suspect we’ve all pretty much done that at one time or another.  So, leave me a comment and tell me what situation pushed you beyond the boundaries of normal.  I’d love to hear it.  LOL

Now that I’m back to normal and have my obsession in hand, I’m excited about the contest.  J  I’m not going to stalk my competition, plant internet explosives, or start knocking on strange doors asking to use their internet devices so I can vote.  J  Life is good.  I’m kicking ass in 2nd place, and I have the satisfaction of knowing that I made my competition earn that bid for the top spot. 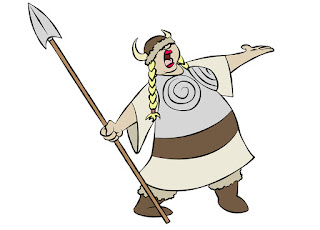 Could I still win?  Absolutely!  There are 2 more voting days left, and I have come to realize this week that my readers/friends/family are freaking LOYAL and freaking AWESOME!!!!!  Some of them have taken this contest almost as seriously as I have…although I doubt they were checking vote counts on their 3am trip to the bathroom.  LOL  But we’ve all seen first-hand this week how quickly the vote can turn.  So it’s not over until the fat lady sings!

That said, if you’ve got internet devices laying around, pick ‘em up and send me some love by voting for Murder by Dummies. You can vote once a day on each device you have…phones, laptops, desktops, Amazon fire sticks, tablets, smart TVs…anything that gets to the internet!  And if you have more than one browser, you can multiply your votes by voting on each device, on each browser.  Just sayin...  LOL  For each vote you cast AND comment on, you will get an equal number of entries into a drawing for one of three $10 Amazon Gift Cards and 7 ecopies of my Dallas Fire & Rescue Kindle Worlds story, Barn Burner.  But to get your entries, you MUST post a comment at the BMG Comment Link below, telling me how many votes you cast and what kinds of devices you voted on that day. 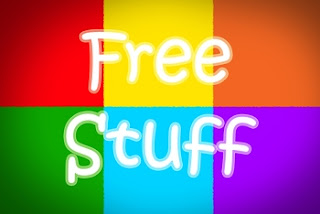 Voting and posting closes at midnight tomorrow (Saturday the 15th), so you still have time to earn those entries into my drawing.  Winners will be posted by 2pm on Sunday the 16th.  So if you have been voting, THANK YOU!!!  And if you’re new to this contest, go earn some entries.  Hope you win!

And I promise not to get crazy again.  :)