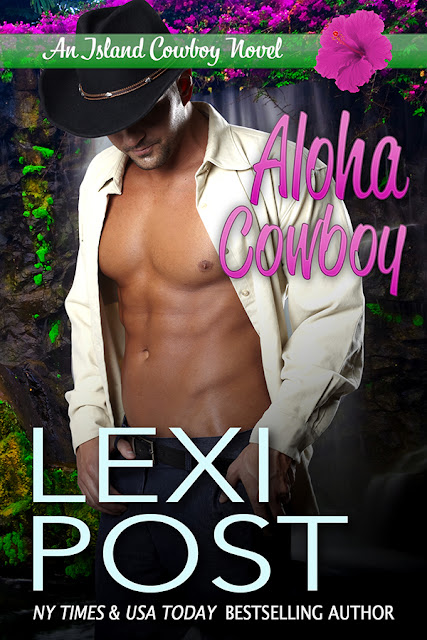 This is the first book in the Island Cowboy series featuring Hailey Pennington's brothers and best friend as seen in Dillon's Dare.

First up is her middle brother, Cordell. He's the most easy-going of the bunch and a bit of a workaholic. Hailey has sent him to the island of Momi in Hawaii to check out The Puanani resort as a possible venue for her wedding. He's pretty sure he'll get bored, but that's not what happens...at all.

Aloha Cowboy will release on August 22nd. I hope you enjoy.


Sometimes being a Pennington can be a disadvantage.
Cordell Pennington considers himself a simple cowboy and he doesn’t want to be in Hawaii. He doesn’t even want to be on vacation, until he meets Leah Pennington, the manager of The Puanani Resort. What intrigues him is not that they have the same last name or that they both hail from Arizona. It’s her habit of vacillating between a professional façade and her personal self that has him taking notice.
Leah’s breathless moment at seeing a cowboy at the reception desk is as much caused by concern as excitement. Upon meeting Cord, she’s happy to help him enjoy his stay, as long as it stays professional. But their constant proximity, thanks to her job, and Cord’s kindness, is taking a toll on her willpower, until she not only finds herself falling for him, but even reveals her reason for never returning to Arizona.
As Cord’s vacation draws to a close, he’s determined to convince Leah they could have a future together despite the miles that separate them. But when his own secret is revealed, the ocean between them is the least of his troubles.
Posted by Lexi Post at 4:16 PM