Two new releases are full of characters that really need a spanking!


Dive into Dirty Lies and Dirty Windows by me, Dawn Kunda, and discover the Dirty Love nest built in each story.


In Dirty Lies Brooke wants normal. Brooke wants love. Nestled in the Kettle Moraine Forest, her attempt to start a new life is shot to pieces as her ex-husband lurks around every corner of change. 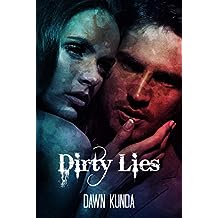 Sinking herself into her art of stained glass, Scott Marshall, a local landscaper, finds her work and her caring nature attractive.  Scott offers her more than a work agreement. To contract her heart is his ultimate goal.


Her plans are shattered when someone wants her dead.


Falsified evidence and twisted statements infiltrate the courtroom as the case of attempted murder multiplies its victims.  Brooke's psychic friend furtively supplies clues to the detectives as they work against a corrupt police force.


Brooke's conscious filters the evidence as she attempts to clarify her relationship with Scott Marshall and the possible manipulations of her ex-husband.


Dirty Windows brings Brook and her psychic friend in touch with another horrific criminality.


Eva arrives in Ashland, Wisconsin with a broken heart and a full-proof plan to swear off men. They’re not on her agenda. 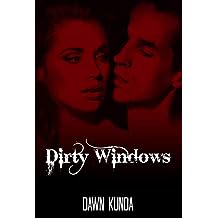 Nick’s move to Wisconsin changes his profession.  Away from death and pain.  No responsibility for the life of a woman here.


That’s until Nick finds Eva and her car buried in the snow.  Something about her won’t let him stay away.


A message from his former boss feels like a kick in the gut.


Nick needs to keep Eva at a distance as he’s assigned by the US Marshals to apprehend fugitives.  Eva doesn’t understand his dismissal and puts herself in danger by befriending the hunted.

Find my new stories at  https://www.amazon.com/s/ref=nb_sb_noss?url=search-alias%3Dstripbooks&field-keywords=dirty+lies+dawn+kunda

Have a great read!