A KISS BEFORE DYING by H. D. Thomson and a Chance at a Giveaway! 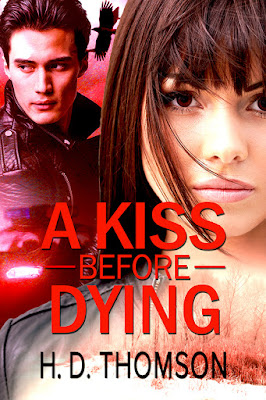 A Kiss Before Dying
By H. D. Thomson


Police officer Amanda Douglas and her adopted daughter have moved from the big city to Spirit Falls, fleeing a horrifying and violent act. Unfortunately, the small rural town isn’t any safer with a vicious killer on the loose. Amanda isn’t even sure if she can trust fellow officer Gabriel Martinez, who seems to be hiding something—which may be related to the killings.
Gabriel Martinez has tried to forget the unspeakable evil from his past. Working as a cop for the small community he lives in, he fights to move beyond the horrific memories ingrained in his psyche, but his rage-filled nemesis refuses to let him forget—and will destroy anyone who becomes a part of Gabriel’s life.
The two of them must figure out if the Mexican Mafia or an even more deadly entity is behind the killings if they are going to survive, but their past threatens to catch up to them and destroy any chance of a future. 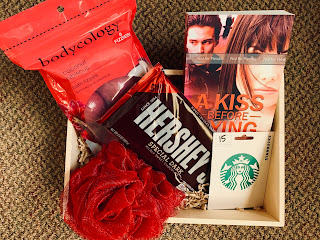 H.D. is having a small giveaway with a $15 Starbucks gift card, bath bombs, bath scrunchy, a mega dark chocolate bar along with an ARC of A KISS BEFORE DYING.

All you have to do is LIKE, COMMENT or SHARE either of the Facebook posts. One is a static image and the other is an image with moving fog. Feel free to pick your favorite.