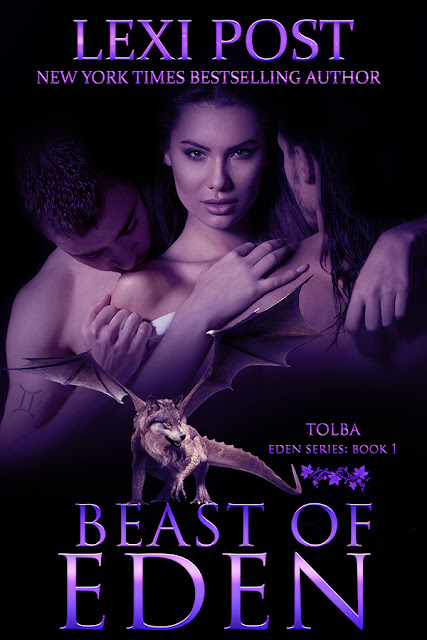 Xavia Jones, a zoologist with a focus on evolution, is only on planet Eden for two days before one of her Edenists is exiled from his city. Furious over the injustice of his banishment, she stows away with him. But once outside the walls of Tolba, in a jungle filled with criminals and a beast she could never have imagined, she wonders if she did the right thing.

Lyka feels the weight of responsibility for Xavia’s safety and despite believing she’d be better back in the city with the two brothers of his heart, he’s honored that she’s with him. Now he just has to convince his old friend and long-time exile, Davos, that keeping her with them is best for everyone. As far as he’s concerned, only the beast can truly protect her.

Davos blames himself for every Kindred of Eden being exiled from Tolba. It was his lack of control over the Beast that caused the city to distrust his Kindred. Now he must ensure they all survive in his jungle home. It is a hard life for a man and no place for a woman. A woman would cause disruption and chaos. A woman could release the Beast.