New Release ~ WHAT SHE WANTS TONIGHT by Jillian Neal 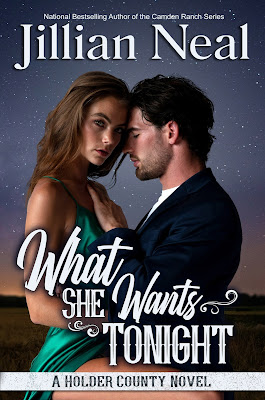 What She Wants Tonight

Meridian Holder has long believed that most gorgeous men ruin their God-given gifts as soon as they open their mouths. Just because that theory doesn’t prove true with her boss, District Attorney Jack Denton, it doesn’t mean she would ever do something as stupid as risking her position as his A.D.A. to gain his affections. Until he has the one thing she needs—to protect her family from a lawsuit without his interference. Lucky for her, Jack has needs of his own—specifically, a date to his former fiancée’s wedding. Surely, she can hold her own out in Bourbon Country with his blue blood, debutante family for a week. She’s certain that with a little persuasion, they can negotiate a trade. If he can also scratch that little itch that she gets whenever she thinks of him, all the better. Jack has spent the last four years imagining Meridian’s long, auburn hair wrapped around his fingers while he indulges her lethal mind and body. As much as he would love to spend the week scratching any itch Meridian has, taking her with him would expose her to his family’s vitriol and to the secrets he protects at all cost. Meridian never backs down from a challenge. That is not an attribute his family appreciates. Together, they discover the only thing that burns hotter than a whiskey-fire feud between their families is the passion that ignites the two of them. When their loyalties are divided, will all of those lust-filled nights be enough to save them both? 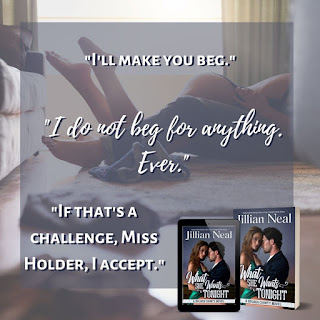 There are a few things Jillian Neal knows for certain—coffee should be hot, sweet, and readily available--just like her book’s heroes. Good chips and homemade salsa make the world a better place. Girls with naturally curly hair shouldn’t have to live in the Southern humidity, but she’s sure the heat inspires all of her smart, steamy romances so she’s decided it’s worth the trade.

When Jillian isn’t writing about heart and panty melting heroes, you’ll find her in her kitchen whipping up new recipes, trying to give her teenage sons advice, or flirting with her husband who’s always willing to help her figure out the spicy scenes in her stories. 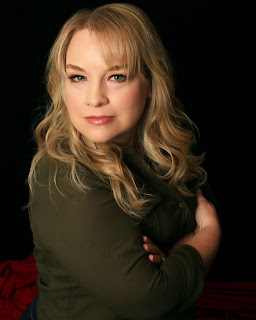 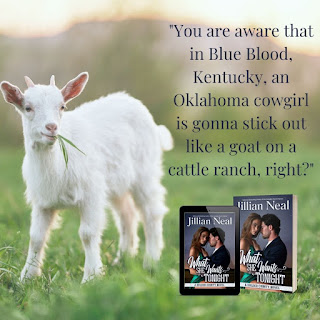