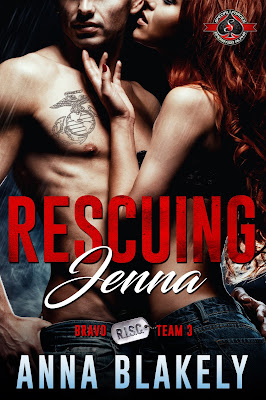 A man who believes he’s unworthy of love. A woman determined to make him see the truth. An enemy watching from the shadows, ready to destroy them both for good.

Former Marine Adrian Walker has been called a lot of things…Liar. Traitor. Murderer. Bastard. In order to keep his country safe, he had to become all those things and more. And he’s been fine with it, until now. Until her. One glance into Jenna Shaw’s emerald eyes is all it takes for Adrian to fall. But after everything he’s done and every enemy he’s made, Adrian knows a future with the fiery redhead is an impossible dream. She deserves to be happy. To live a life free from the dangers of his world. She deserves…more.

Within seconds of meeting Adrian Walker, E.R. nurse Jenna Shaw wanted to kill him. Months later—after a late-night appearance on her doorstep, followed by a cold and heartless vanishing act—the only thing that’s changed is her motive. Desperate to escape the tumultuous memories of the sexy bad boy, Jenna accepts a job in an area some consider dangerous. What she doesn’t know is danger has already been watching her. Waiting for the perfect chance to use her in his sick game.

When Jenna suddenly goes missing, Adrian will do whatever it takes to find her. Even if it means asking the men of Bravo—as well as Ghost and his Delta team—for help. Can Adrian and others find Jenna in time to save her, or will the dangers from his past be the catalyst that destroys them both?

Take a Peek Inside

I shouldn’t want you.

Jenna was spot f***ing on when she’d said those words. Of course, he’d known that shit from the start.

She shouldn’t want a man like him. She should be with someone who was safe. Trustworthy. A banker or a doctor. An accountant, maybe.

Someone whose life didn’t revolve around death and deceit.

But by some miracle, she’d chosen him. And God help her, he was too weak to walk away a second time.

Adrian did, however, find the strength to tear his lips from hers long enough to look her in the eye. He needed to be very clear when he told her this next part. Needed to make sure she understood what she was signing up for.

“You were right.” He pulled in a ragged breath.

“You shouldn’t want me.”

Jenna started to shake her head. The argument was already there, brewing behind her determined gaze.

Make it clear, shithead. Tell her the truth and let her decide.

“I’ve done things.” He clenched his jaw. “Terrifying things that would send you running in the opposite direction.”

Her auburn brows fell inward. “Why are you telling me this now?”

“Because I’m not a good man, Jenna.” He swallowed hard. “Not the kind of man you deserve.”

The lines on her forehead smoothed as a look of understanding crossed over her. “Is that why you left after our first time together? Because you think I deserve someone better?”

I know you do.

“I thought if I could have you that one time, I’d be able to forget you. I thought…” Adrian pulled her flush against his chest, holding her so tightly, his fingers dug into her back. “I thought these flames burning me up inside would go away, and I could move on but…”

He stared deep into her emerald eyes and shook his head. “The fire grew.”

She needs to know.

“You shouldn’t want me,” he reiterated the point. “You should go back to California. Stay as far away from me as you can.”

Her eyes softened and…was she smiling?

“Funny.” The corners of her lips definitely curved. “I don’t recall asking for one.”

“I’m serious.” His voice came out rough. “You said it yourself…I’m a killer.”

Why isn’t she listening?

“I’ll kill anyone who even thinks about hurting you and not lose a wink of sleep.”

His declaration didn’t send her running. She didn’t flinch or tear herself from his arms. Instead, she seemed to hold him closer.

Didn’t she hear what I just said? Can’t she see the darkness living inside me?

“I’ve walked away from you once before.” He laid it all out there. “I don’t think I can do it again.”

“Good.” She cupped one side of his face. “I don’t want you to walk away. And, whether you want to believe it or not, I know exactly what kind of man you are.”

“You’re the kind of man who gave up the life he knew for his country. You risked yourself to save my friend.” She rose up, her lips a hair’s breadth away from his. “You risked your life for me.”

I’d risk everything for you.

His heart punched his ribs like a prize fighter. “Be sure, baby. You need to be sure.”

Because he was pretty sure he’d already fallen.

“I am sure, Adrian.” Her lips whispered across his as she spoke. “I want you.” A simple kiss. “I want all of you.”

Author of the exciting R.I.S.C. Series, Anna Blakely brings you stories filled with love, action, and edge of your seat suspense. As an avid reader herself, Anna writes what she loves...strong, Alpha heroes and the intelligent, independent heroines they love. 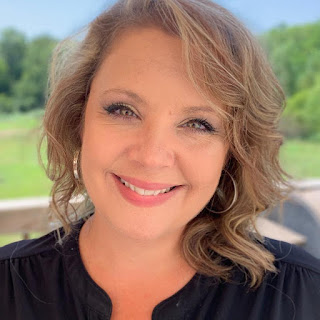 Anna's dream is to create stories her readers will enjoy, and characters they'll fall in love with as much as she has. She believes in true love and happily ever after, which is what she will bring to you.

Anna lives in rural Missouri with her husband and children, as well as several rescued animals. When she's not writing, Anna enjoys reading, watching action and horror movies (the scarier the better), and spending time with her amazing family.

Want to connect with Anna?