Alexis: Hi Barbara. Welcome to Happily Ever After Thoughts.  It’s great to have you here. My first question is, why Scottish romance? What is it about that mist and moor covered country that inspires you?
Barbara: I think I lived in Scotland in a past life. The place and its history have always called to me, and when I visited, I had this "ah, home at last" feeling. Plus, I've always been a sucker for romances set in Scotland, so I have to write a few.
Alexis: I know what you mean. I've had a similar experience in Scotland. I understand that HEART OF THE DRUID LAIRD is your debut novel. How did that come about?
Barbara: It is my debut novel, but it's the third manuscript I've written. My first novel will never see the light of day. I cringe whenever I take another look at it. It's really bad.
For as long as I've been writing, I've also been querying agents, and while I received many requests for partials and fulls, I've never been offered representation. With everything going on in the market today, indie publishing, the expansion of e-book markets and new venues, I finally gave up on the agent search and started submitting directly wherever I could. I had decided to give it a year, and if nothing came of my efforts, I was going to give self-publishing a shot. I feel very fortunate (and relieved) that Carina Press offered me a contract.
Alexis: I've heard great things about Carina Press. Congratulations! I read the excerpt on your website and I just couldn't stop! This story is captivating. Can you tell our readers what HEART OF THE DRUID LAIRD is about?
Barbara: I'm so not good at boiling it down, but I will say this: See, Dermot married Mairéad (Maw-red) in order to gain an alliance with the Tuatha Dé Danann (demi-god like beings). He made Mairéad give up her immortality before they wed, and her mother Áine (Awn-yah) would only agree to the union if Dermot formed a special cadre of guards to keep her daughter safe. He did, but she was murdered anyway while close to term with their first child. Áine cursed Dermot and the cadre of guards who had failed to keep her daughter safe. She cursed them all with immortality. She knew Dermot saw immortality as abhorrent and against the laws of nature. Áine's father, the high kind of the Tuatha, listened to Dermot's pleas, and provided an out—and this is a good spot for the blurb:
Cursed with immortality, Dermot MacKay craves death. To lift the faerie curse placed upon him and his men over 1,600 years ago, he must return the soul of his reincarnated wife to the exact place and time of her murder. But her soul is currently residing in the very modern Sidney St. George—and first he has to convince her to accompany him to Scotland.

Sidney doesn't believe Dermot's wild claims of immortality and rebirth, yet she cannot deny that she is drawn to the sexy Scot. Nor can she explain the sense of déjà vu his touch elicits. Desperate for answers, she agrees to go with him—only to learn too late that to help the man she loves is to lose him forever… 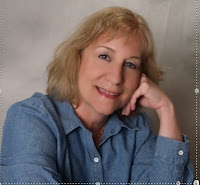