Today we are interviewing Donna Fletcher, historical and paranormal romance author and USA Today best selling author!
Alexis: Hi Donna, thank you for visiting Happily Ever After Thoughts :-) You write both historical and paranormal romances. How do you decide which genre to write next?
Donna: Hi Alexis, Thanks for having me. I’m thrilled to be here. I don’t decide which book I’ll write next, my characters do. Whoever has the strongest and most persistent voice in my head is the book that gets the most attention. Eric of Shanekill, the hero in The Irish Devil was like that. He would not leave me alone and the more I learned about him the more fascinating he became.
Alexis: I love that your characters control what you write. Now that is exciting. I noticed that The Irish Devil was released in ebook format last year. Is this a trend for you?
Donna: Yes, many of my fans had been asking me when my older books would be available in ebook format so I was thrilled when I was finally able to make them available. And now I’m going to be releasing original books in ebook format as well. One of things that frustrated not only me but my fans was that my books were spaced too far apart. And I’m sure every reader can relate to the frustration of waiting for the next book in a series that they’re dying to read. I certainly have. I want to be able to offer my fans more than one book a year. I can do that with original ebooks.
Alexis: Of course readers would be happier not having to wait as long. That makes a lot of sense. So, could you tell us what The Irish Devil is about?
Donna: The Irish Devil naturally takes place in Ireland in 1171. Eric of Shanekill, a notorious warrior is about to pick a bride from one of three sisters. But there is a fourth sister no one mentions. She’s a beauty but she also bears a scar from a vicious attack. Once Eric sees Faith, he’ll have no other and so they wed. But secrets lurk around every corner and once Eric discovers Faith’s secret it almost destroys the love growing between them, but not the attraction. He cannot keep his hands off her and he cannot keep his heart from loving her. When Faith’s life is threatened by someone from the past, the infamous Irish Devil proves just how much he loves his wife.
Alexis: I've fallen in love with this book already. Where did you get the idea for this story? 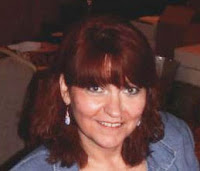