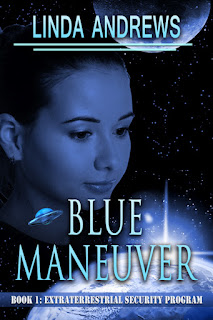 What makes a hero?
It really depends on the story being told and the author telling it. When I set out to write Blue Maneuver, I knew that there'd be two men in the heroine's life. Each would try to win the heroine's trust and maybe something more.
Viktor arrived on the scene first. He's smooth, handsome and cultured. When he first meets Rae (my heroine) she's injured and he plays doctor. Of course, he's a horrible flirt but he does carry her from the park to her home. It's a sigh-worthy moment and for Rae a dream come true when he asks her to dinner.
This is her ideal man. The man she'd secretly been stalking. She's walking on Cloud Nine when she meets Tobias.
Tobias is in many ways Viktor's opposite. He wears battle scars on his body and is shackled by the memories and loss engraved on metal bracelets he wears on his wrists.  Where Viktor charms; Tobias is a soldier used to violence solving his problems. Where Viktor exudes culture and education; Tobias is rough (sometimes crude) and street smart. His threat to kill Rae upon their meeting is a vast cry from a dinner invitation.
So here are two standard archetypes: The polished leader/charmer and the ultimate bad boy/protector.

Both are men of honor and stand for justice. And they're completely ruthless in the pursuit of their goals. They're even willing to sacrifice their lives and Rae's to achieve them. Of course, neither is ready to die just yet, and both save Rae even as they gamble with her life.
Since the romance is more of a love triangle, who Rae actually prefers will change over time. You see the two men are on opposite sides of an intergalactic battle and Viktor is on the wrong side. For now. But time changes everything. Right now, Rae's having difficulty convincing herself she's attracted to a bad guy, Viktor. Then there's Tobias who draws her close even as he pushes her away.
Eventually, she'll have to decide on one man. Eventually, one man will be so focused on his goals that he'll destroy whatever feelings she has for him. But that is far, far away. Until then she's enjoying the attention of two very different men, both who want her but are using her too.
What is it that attracts you to a hero? At what point does he stop being heroic and starts being a jerk?
BLUE MANEUVER
The extraterrestrials have landed and they're human.
Rae Hemplewhite didn't believe in aliens until a close encounter with out-of-this-world technology drags her into the extraterrestrial security program. Helping alien refugees adjust to life on Earth is difficult enough, but her first clients have a price on their heads. Plus, her new partner seems torn between the urge to kiss her or kill her.
And that's the good news.
The bad news: Alliances are forming in deep space. If Rae doesn't keep her witnesses alive long enough to transfer their top secret information to the right faction of humanity, Earth will become a battlefield.
Blue Maneuver available now:
Amazon
Barnes and Noble
Smashwords
Comment for a chance to win Blue Maneuver!
Posted by Alexis Walker at 7:00 AM