How young is too young to marry?
My grandmother, one of twenty-one children, married when she was nine, although they didn't live together as man and wife until she was twelve. I wish I'd asked her "Why the rush?" Couples married young at the turn of the twentieth century, sometimes simply to gain an extra hand on the family farm. My grandparents raised four children and were happily married for almost thirty years before my grandfather's untimely death.

Just how long should you know a man before promising to marry him?
In Rising Above, the historical time travel Desert Breeze Publishing released November 1st, a blinding sand storm forces Hal Grantham to seek overnight shelter in a cave for himself and Wilda Stone, the woman he rescued and offered to take to the silver mining town of Cerro Gordo, California. Once there, he insists she marry him because the un-chaperoned time with him in the cave has compromised her reputation.

The strong winds that blew Wilda's hot air balloon off course and caused it to crash threw her back into 1874. An emancipated, modern woman, she wants no part of a forced marriage, but allows Hal to court her, enjoying the novelty of a man's attention, while she finds a way to return to her own time.

Back home in Riverside, California in 2012, Wilda worked as a flag person on a Caltrans road crew, and the misplaced tomboy longs for her steel-toed boots and to again spend her days outdoors, not helping in the American Hotel kitchen wearing ankle length skirts and high-button shoes while pouring coffee for a room full of loved-starved miners.

Hal is determined to make certain the willful woman he compromised stays away from the sex-starved miners to keep her safe. Wilda is twenty-eight, almost past the marrying age in Cerro Gordo, but single women are rare there. She declines his marriage offer. The state of her reputation is of no importance to Wilda, she refuses to tie Hal to a woman he doesn't love because of some outdated thinking.

Then Hal makes love to her and everything changes. Instead of her plan to cherish her one sexual encounter on the lonely nights she expects to endure after returning to Riverside, she decides to stay and marry Hal, the first man to shower her with attention, hoping he'll someday come to love her as much as she loves him. Hal already does love her, but won't admit it, not even to himself. They marry within a month. 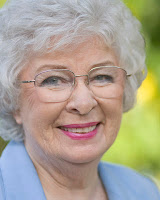 So, how long do you need to know a man to be convinced he's the right one?
My husband picked me out of a college swimming class my first week on campus, asked his friend, my instructor to introduce us, and invited me to go out with him on Saturday night. I learned he'd just that day returned from a trip to California and picked up a new car. Later, I discovered he was a May graduate of the same college I was attending and in the fall would start his first teaching job. I was seventeen, living in a college dorm, and delighted to go out with someone nearer my age, since a lot of returning veterans had enrolled that year. One who had shown an interest in me had obviously removed his wedding ring.

We went dancing with another couple on our first date, and swimming in a public pool the next day. I saw him every day or night of the following week and on Saturday night he asked me to marry him. He would soon start teaching, was ready to move out of his parents' home and set up his own. To give our parents time to agree to our plans we waited nine months to repeat our vows, fully aware my family and the minister who married us thought I was far too young for marriage. My future mother-in-law had always expected her son to marry the daughter of her good friend. That didn't happen, for us it was love at first meet.

Our marriage has survived over sixty years of marital bliss, emotional crises, and above all else, love. We believed in love at first sight, took a chance and have never regretted it.

More than anything, the heroine of Rising Above longed to be loved. Like me, Wilda helped create her heart's desire, a happy, loving home.

Or from your favorite eBook store.
Posted by Alexis Walker at 7:00 AM