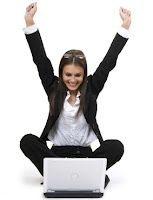 The next one is called Passion’s Poison and is inspired by Nathaniel Hawthorne’s classic short story, “Rappaccini’s Daughter.” In Hawthorne’s story, Giacomo Rappaccini is a scientist in Italy who grows beautiful poisonous flowers. However, it is his daughter Beatrice who tends them and calls them her sisters. A young man falls in love with Beatrice but realizes he is becoming poisonous too. So he enlists the aid of a friend, a rival of Giacomo, and the friend develops an antidote for the poisons. When the young man gives the antidote to Beatrice, she dies because it kills all the poison, and she is completely poisonous.

In my book, Passion’s Poison, Beatrice Rappaccini is a descendent of the original.  Her poisons will kill her if she doesn’t have sex with unsuspecting men, but only for one evening because if she has too much, it will kill a man. She already put her high school boyfriend into a coma, though he later came out of it. Beatrice drives to a nearby city every weekend for one-night-stands with men attending business conferences, so no one locally will learn of her problem. But then she falls for Zach Woodman, a former logger turned chainsaw artist who lives two towns over, and things get…complicated :-}

This book should be out by fall, but I’ll be sure to let everyone know when it is available.  As for the second book, it is called the Passion of Sleepy Hollow. I’m not sure when that one will be out, but I do know I have to get the completed book to my editor by Halloween. Fitting deadline, don’t you think?  ;-)

Always,
Lexi
www.lexipostbooks.com
Posted by Lexi Post at 7:00 AM