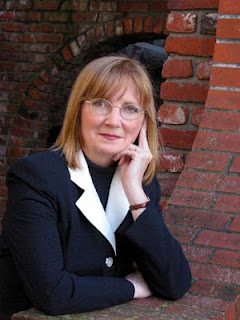 The romance novel has come a long way since I read my first Harlequin in the ‘60s, but I have to confess I loved those early stories. They transported my small-town teenage self to exotic locales, from London to the Mediterranean to Africa to the Australian Outback. They portrayed young, inexperienced (in every sense of the word) heroines, many of whom were only several years older than I was at the time. Best of all, they introduced me to handsome heroes, men who were business tycoons, doctors and sheep farmers, although they’re probably not called farmers in Australia.

Back then no one called them sweet romances, they just were. There was no sex, not even behind closed doors, but every story ended with a kiss and a promise of happily ever after. I suspect a little alcohol may have been consumed, at least by the men, although I don’t specifically remember that. I do recall some sardonic, cheroot-smoking heroes, though. And while plain old cigarettes were just plain nasty, the teenaged me imagined cheroots were the epitome of elegance.

In the ‘70s I stopped reading romance and when I got back to them in the ‘80s...well, times had changed. The focus was still on the romance but it seemed to me that every book I read included a love scene. So in the late ‘90s when I decided to try my hand at writing romance, that meant I had to write love scenes, too. In the very first rejection letter I received for my very first manuscript, the editor said the love scene was clichéd, and she was right.

My first published book, The Man for Maggie (Harlequin American Romance, 2006), was the sixth complete manuscript I’d written and, interestingly, it did not have a love scene. If I had tried to include one, it would have been forced and, yes, clichéd. Many readers have told me they loved the sexual tension between the hero and heroine, and for them it was enough to fuel the love story.

Last year I was thrilled to get a call from Senior Executive Editor Marsha Zinberg at Harlequin, saying they would like to revise and reissue The Man for Maggie as part of their new Heartwarming line of wholesome tender romances. Of course I said yes, and Maggie’s Way  was released on May 1st.

Marsha says, “Our Heartwarming stories, which have enjoyed growing success, give readers a novel very well-developed in terms of conflict and plot, so that it satisfies on multiple levels and does not necessarily depend on the romance to move the story forward.  The romance is present and satisfactory, but the readers’ ultimate satisfaction derives from all the other elements we usually attribute to great story-telling, as well as an upbeat ending, of course.”

As a writer, I find it gratifying to know that many readers want romances that exclude sex and profanity. Inspirational author Merrillee Wren  supports this by saying, “I have many readers write and tell me they like my stories because there aren't any swear words or explicit sex scenes.”

Debra Holland, USA Today bestselling author of western historical romance, says, “Historically, women needed to remain chaste (to use an old-fashioned term) in order to avoid a pregnancy outside of marriage and to keep their reputations unsullied. Having premarital sex meant they risked being socially ostracized from the community, which in turn, could impact their survival.” So along with meeting readers’ demand for sweet romance, there’s also a cultural authenticity to her stories.

According to Marsha Zinberg, “there is a growing niche readership of women who really enjoy a wholesome romance...they may have just become weary of love scenes that to them become repetitious after overdosing on them, or simply be more private people or no longer interested in a depiction of the physical aspects of the relationship...and they do not necessarily want to have to rely on faith-based romance in order to read this type of story.” For writers who want to explore this niche, the guidelines for Heartwarming are on
Harlequin’s website.

Merrillee says, “Many readers don't want sex scenes in their books, and others like all different kinds of heat levels--from sweet to spicy, as long as the story is a good romance.”

I’m one of those readers who enjoys the full spectrum of sweet-to-spicy romance but as a writer, I’m thrilled to have moved away from the expectation that every romance novel should include a love scene.

I want to thank Happily Ever After Thoughts for hosting me on their blog today. I love to hear from readers and can be reached through my website, where you can also sign up for my monthly eNewsletter, Life in the Slow Lane.

I’m also offering a copy of Maggie’s Way to blog readers today. To enter the draw, simply leave a comment and share your reading preferences. Sweet? Spicy? Sweet, spicy and everything in between?

And to all the mothers out there, I wish you a heartwarmingly happy Mother’s Day!

Bio:
From the time Lee McKenzie was ten years old and read Anne of Green Gables and Little Women, she wanted to be a writer like Anne and Jo. In the intervening years she’s written everything from advertising copy to an honors thesis in paleontology, but becoming a Harlequin author is her proudest achievement yet. She’s written seven books for Harlequin’s American Romance line and now she’s excited to be writing for Heartwarming, too.
Posted by Alexis Walker at 7:00 AM