Chasing the Happily Ever After: Guest Author Angi Morgan 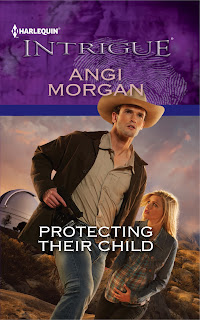 A Texas Ranger with unfinished business…
Cord McCrea was the man of Kate's dreams, but their life together ended like a nightmare. Both proud and stubborn, they believed there was no way to repair the damage done to their family. All Kate has now is the reminder from one last night of passion.

The crazed gangster who shattered Cord's life is a free man wanting to settle old scores. Cord will do anything to protect his ex-wife, but once she's safe, they'll go their separate ways again. But didn't the baby change everything? If they can survive the perils of a West Texas winter while outmaneuvering danger at every pass, they might have a second chance. Because with a traitor in their midst, they had no one to trust except each other.
~ ~ ~
The Happily Ever After Dream… is not only the reason I write romance, but also the reason I read it. I started with the book blurb from PROTECTING THEIR CHILD to talk about my heroine--Kate Danvers McCrea--and her dreams.

She'd met the perfect guy who happened to be a Texas Ranger. He requested a transfer to be near her, but it put him in constant harm's way and brought the war on drugs into their living room. Many things happen to Cord and Kate and this is the story of how they don't give up on their happily ever after.

Is there a but? Should real people believe and want a 'happily ever after'? A young friend recently broke up with her boyfriend of over a year, this is a loose summary of our conversation three weeks later--just after he'd asked if it was okay to talk to her, apologized, let her know that he finally understood what the argument was about.

FRIEND: "He asked if I had expected him to follow me after our fight. I told him, yes. Is that wrong? Have I seen too many romantic movies or something?"
ANGI: "Did you ask why he didn't come after you or call?"

FRIEND: "He was respecting my wishes. Now he knows that he's supposed to fight for me. I mean, isn't he? I don't know. I love him, but I don't think we can get back together. I don't trust that he feels the same way as I do."
ANGI: "Well, you need to talk with him again. I know you. And you're not going to let this go. You'll spend too much time wondering if you did everything possible to make it work. Did you do everything? Did you share how you feel?"

FRIEND: "No. But I've said everything before."
ANGI: "I don't think you were completely honest before. You never told him about the problems you've had or the sacrifice you make in order to see him. So how's he supposed to appreciate that…if he doesn't know?"

In case you're wondering about the outcome: she called with a list of the good and the bad and then ended by asking what HE HEARD this time and also asking if he'd been completely honest with her.  They're taking their relationship one day at a time, dating again with no pressure. The point of my story is that real people seek a happily ever after all the time. Is it a fairy tale story? No. Real life is full of the good and the bad. It's what makes us stronger. It's how we keep growing--separately and together. "AND THEY LIVED HAPPILY EVER AFTER" indicates the end. Life is a series of stories, segments which come to a close, but it ain't over 'til it's over.

So don't stop until you've done everything in your power to keep your 'ever after' within your grasp. Exactly like Kate & Cord.

"Littered with double-crosses and violent twists, this isn’t an easy (emotional) read. Morgan tightens the coil until it springs forward in an explosive finale." ~~Romantic Times Magazine

Thanks so much for having me here today, Alexis. I'd love to hear about your happily ever after moment? Have you had more than one? PROTECTING THEIR CHILD is on shelves in May and like my backlist, always available on-line.
~ ~ ~ 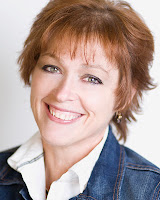 LEAVE A BLOG COMMENT. Angi will draw from blog commenters for a free electronic book from her backlist (she'll need your email addy--which you can always send to her directly).  AND ENTER ANGI'S May contest: register at Rafflecopter through May 31st.
~ ~ ~
CHAT WITH ME: Have you found your Happily Ever After?