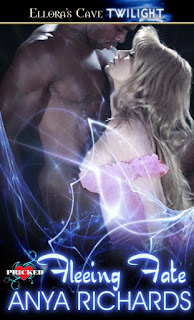 I think I may have been a bear in a former life.
Or maybe it’s just that my tropical roots run too deep.

I don’t like winter very much. Even after ten years here in Canada it’s difficult for me to enjoy the season to the fullest. I know I’ve said this many times before but, to me, ice belongs in a glass with rum and a chaser, not under my feet.

Spring, now, this is a season I can get into. The birds all come back. The trees are budding, the grass greens up and is sprinkled with tiny wildflowers. Yes, the dog sheds like there’s no tomorrow too, but I’m cheerful enough I don’t mind much. It’s just another sign Old Man Winter has finally been vanquished!

And, strangely enough, I see a difference in my writing too, but it may not be in the way you’d expect.

During winter my thoughts tend to turn toward my homeland—dreaming of the sun, beaches and warmth. As though I can’t afford to allow my writing to be its usual, often dark and moody self, I play with lighter fare, plotting breezy books, letting my more playful side come out. In spring, seemingly with the robins, comes the urge to get back to angst, drama and conflict, but only in my writing. In real life I’m skipping, humming “Tiptoe Through the Tulips” under my breath, beaming at all I meet and exclaiming at how gorgeous the days have become.

I also get inspired to take chances in spring, opening myself to new possibilities, while during winter I just want to maintain the status quo—keep the house warm, the food hot and concentrate on the next submission. In spring though, I start looking around for new opportunities and thinking about the next level to take my writing to.


It’s telling that my latest release, Dragon’s Claim, was started in late summer and then stalled
horribly as a cold and grey fall progressed. Unable to get back into it, I wrote two short, humorous pieces for the Fondledand Gobbled Anthologies. Knowing I wanted to get Dragon’s Claim finished, that the characters deserved not to be left in limbo indefinitely, I got it finished at the end of the year, but it was slow, sometimes torturous going. My brain wanted to laugh and frolic, not unravel the twisted strands of an impossible love. Yet, when it was finished, I was ecstatic.

And while there’s a part of me longing to return to the Caribbean, to right now be looking out my window at a sea shaded from indigo in the depths to the lightest aquamarine where it laps against a white sand beach, I sometimes wonder how my writing would be affected if there were no changing seasons. Hopefully one day I’ll find out (*grin*) but, until then, the seasons seem to play an interesting and important role in my life, bringing out the different sides of my personality.

Anyone else have a similar experience? 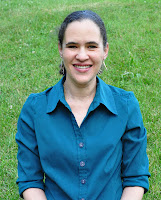 Interested in all things historical and hysterical, Anya describes herself as intensely curious, (although the word ‘nosy’ has been bandied about) and a life-long people-watcher. Using what she’s discovered about people, places and various weird and wonderful things, Anya has written contemporary, historical and paranormal/fantasy romance novels, novellas and short stories for Samhain Publishing, Ellora’s Cave, Cleis Press and Spice Briefs. 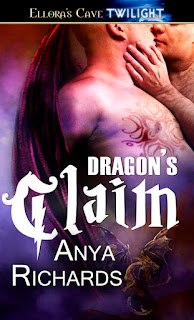 Book three in the Unveiled Seductions series.
Talathion Frostbane was tasked with saving his people and took on the responsibility unflinchingly. Yet all it takes to throw his entire existence into chaos is one encounter with the wyvern-shifter he spurned two hundred years before. The passion between them is as strong as ever, but there’s no escaping the expectations of the clan. And giving in to the all-consuming desire for the dragonkin would have devastating consequences.

When Hervé Cinq à Sept travels to the Fey city of Leaich, searching for answers after someone tries to kill him, what he finds rocks his world in a variety of ways and leads him down a path of inescapable hunger. As he finds himself on his knees, lost in desperate need and heading for heartbreak, he realizes why, as a species, the dragonkin no longer believe in love. It’s so easy to lose everything—pride, independence, control—when the one you want to claim can never be yours.


Dragon Claim Excerpt:
The wyvern had always been handsome. As a young dragon just past his majority he’d shown evidence of the man he’d become. But then his beauty was that of youth—fresh, brash and still somewhat unformed. Now, in the prime of his life, he was no longer beautiful but absolutely, completely magnificent. Time had scourged all softness from his face and left it fierce and powerful with a calm strength Talathion found compelling. His shoulders seemed broader, his chest and arms more muscular, another sign of the changes maturity had wrought. The tattoos above his ear and peeking out from beneath the collar of his black shirt gave him an aura of danger, of being a man unafraid to stand out.

Just looking at him gave Talathion a shock of excitement, yet it was the wyvern’s eyes, their expression, he most wanted to see. From the moment they’d met, from the very first time he’d looked into that emerald gaze, it had haunted him. Sometimes those eyes danced with laughter, at other times they were serious or coolly arrogant, but no matter the expression they were always enthralling. And when the eyelids drooped, veiling but not concealing the flash of dragonfire, the unmistakable sexual energy surrounding Hervé flared hot and wild…

Talathion closed his eyes, thankful Hervé’s attention had been focused on whatever he was doing. Their time together had been so long ago it had no bearing on the present. And undoubtedly his reminiscences had been altered by the vagaries of memory.

I can’t let old longings deflect me from what needs to be done. I have to get back to Leaich.
Yet just that quick glance at the man who’d stolen his heart at a time when he could least afford to give it made his flesh tingle, the muscles beneath grow taut and hot. A sudden, heightened awareness of his nakedness beneath the covers made his fingers clench into fists. He tried to ignore the pressure building in his groin, but was glad of the quilt bunched across his lap as his cock stirred and began to rise.

In ways I don’t dare admit to.


Don't forget to leave a comment for a chance to win Fleeing Fate!
Posted by Alexis Walker at 7:00 AM