Okay, I might as well come clean, fess up, get it off my chest...I'm a chronic procrastinator.  I'm sure they have support groups for people less afflicted than me, but "Hell no, I won't go!"  I'm gonna dig in my heels and hold out until the very last minute.  I'm gonna wait until the ninth hour, until the deadline is eminent, until the adrenaline is pumping and the risk of failure is looming large.  I'm gonna walk the bleeding edge of procrastination and laugh in the face of the concept of actually scheduling a blog ahead of time.  And one day I'm going to come up totally freaking empty and have to make the walk of shame with no one to blame but myself.  But not today!  Not this week, not this girl—and I have my niece to thank for that.  Thank you, B-girl, you are a rock star! 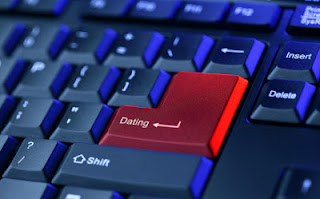 A few years ago, I wrote a couple of blogs over on the Butterscotch Martini Girls site about some of my internet dating experiences.  Well, the saga continues and I'm still searching the internet world for the perfect man for me.  Now, mind you, I'm not looking for the perfect man—that's like dragons and unicorns—they don't exist except in our books.  I'm just looking for the one that's perfect for me.  I know...you're right...in all fairness, the perfect woman is a myth also.  But that's not the subject of this blog.  Over the last five years, I've read literally thousands of profiles and have talked to enough men to single-handedly staff a Million Man March.  Okay, that's an exaggeration, but it sure feels like it.

Well, as I sat here tonight staring at a blank computer screen with the panic rising like water over the Titanic, the B-girl suggested I should blog again about internet dating.  It seems my nieces never tire of hearing about the systematic humiliation of their favorite aunt.  So, why not?  My blogs are all about Life, Love, and Laughter and what's more closely aligned with that than internet dating?  But this time, I'm not going to give you all the sordid details of my dating life or describe for you the tales of a wandering minstrel that couldn't find his way to Arizona.  This time I'm just going to address this blog to those hopeful women out there who are looking to internet dating as the potential solution to all their dating woes.  If this is you, my advice is to run like the wind.  Internet dating is NOT for sissies!  It can be overwhelming as hell to go through all those profiles and try to decipher the secret code.  And make no mistake, there is a secret code and it's not documented in the FAQ's for the match site.  The only place you can learn the code is in the school of hard knocks or from a friend who's attended the school.  So...sit down, put on your seatbelt, and grab some popcorn and a soda...I'm gonna give you Kayce Lassiter's do's and don'ts of internet dating.

What are we looking for?
Well, girls, this ever-elusive creature can be as hard to find as a pink striped cat at a dog fight, but don't lose heart.  Just take a gander a this list and see if you don't agree that this is a pretty comprehensive list of ways to cull the herd and find a good 'un. Okay, now that you've been through the Kayce Lassiter school of internet dating, either you're armed and ready to go out and try it yourself or you're moving the TV and recliner into your walk-in closet where you intend to spend the rest of your life alone.  Well, I warned you...internet dating definitely is not for the faint of heart.  But for those of us who are eternal optimists, we just know there's one out there for us—the perfect man for me, the one who shows up looking good, smelling good, talking good, with his wallet, his teeth, and his manners.  He visits momma on Mother's Day, he remembers your birthday, he opens doors and pulls out chairs for you, he's honest and caring and repectful and he'd willingly walk from California to New York just to be with you.  Now that's the Happily Ever After I'm talkin' about! 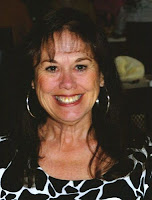 Posted by Kayce Lassiter at 5:30 AM