Amy Jarwecki with a Giveaway! 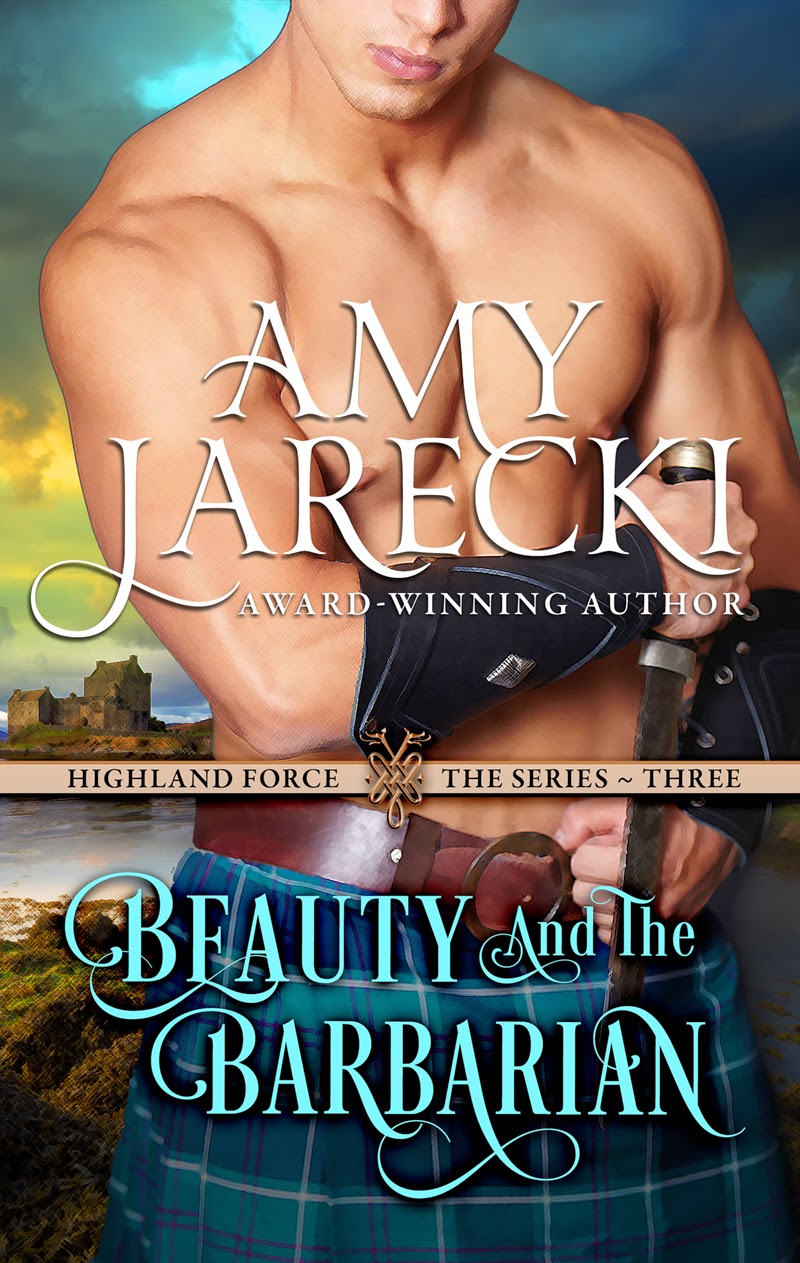 Amy Jarecki is celebrating the successful launch of Beauty and the Barbarian (Highland Force Book 3) by giving away three signed print copies! In addition, the first entry of the rafflecopter is her invitation to join the Return of the Highland Liard (Highland Force book 4) cover reveal event on Facebook. Amy loves connecting with readers and hopes you will sign up and join the fun!

Beauty and the Barbarian back cover copy:

Born with the mark of the devil, Merrin has been hidden on the islet of Eilean Fladda for near twenty years. When the body of a Highlander washes ashore, the innocent lass presumes him dead. Brushing the hair from the rugged warrior’s face, her fingers connect with warm flesh. Warm.

Ian MacLeod wakes to a woman so radiant, he believes her an angel. But when the lass recoils from him, he fears she knows of his evil deeds. While he heals, Ian is stunned when he exposes her witch’s mark, yet he’s spellbound by Merrin’s allure. He’d do anything to erase his haunting past and earn her love.

But there’s a henchman after Ian’s head, and when that man learns the Highlander is still alive, the couple is forced to flee Merrin’s sheltered world. Fighting for survival, destiny demands they each face their demons, but doing so may forever ruin them both.

Excerpt from Beauty and the Barbarian:

Chapter One
Sprinting onto a thin strip of beach, Ian raced for the shore. Rain pelted his face as he skidded to a stop. Gasping for air, he sucked in deep breaths and peered through the dark night—north, then south. Thank God. A lone skiff sat askew, poorly camouflaged at the tree-line edge.

His side cramping from his frantic escape, he darted to the tiny boat with a pained hitch to his step. The deerhounds’ barks grew closer. If he hesitated, they’d be upon him in a blink of an eye.

Ian’s heart hammered his chest as he bore down on the skiff and shoved it into the angry swells. He jumped over the bow and snatched an oar. With every muscle, every sinew, he paddled against the surf and ignored his fatigue. A single oar made the boat fishtail, but there was no time to set them in their locks. Ian gritted his teeth and slammed the oar into the white swells in a hurried rhythm, side to side.

Over the roar of the surf and the driving rain, dogs yelped in an excited frenzy. Men shouted. Ian didn’t turn around—he needed more distance. As sure as he breathed, they were ramming lead balls down their muskets. With luck, the rain had soaked their slow matches, rendering the guns useless.

Ian sped his determined paddling and squinted through the pelting rain—across to his home, the Isle of Raasay. He hadn’t set foot there since he was four and ten, but the sight of the island enlivened him. He could barely make out the black outline of Dùn Caan, the flat-topped peak that forever identified the isle as Clan MacLeod land.

A sharp jab struck him from behind. Ian’s body propelled forward. His nose slammed into the wooden hull. An ear-shattering musket clap followed, piercing through the wind. Something stung, burned his back. Ian slid his hand over the screaming pain. Hot blood oozed through his fingers.

More claps blasted from the beach, thudding into the tiny skiff. Ian rolled to his side. Icy water spurted over him. Frantically, he worked to hug both wooden oars against his chest. A thousand knives attacked his skin as salt water swallowed his lifeline to Raasay. The last thing he saw was the looming outline of Dùn Caan. 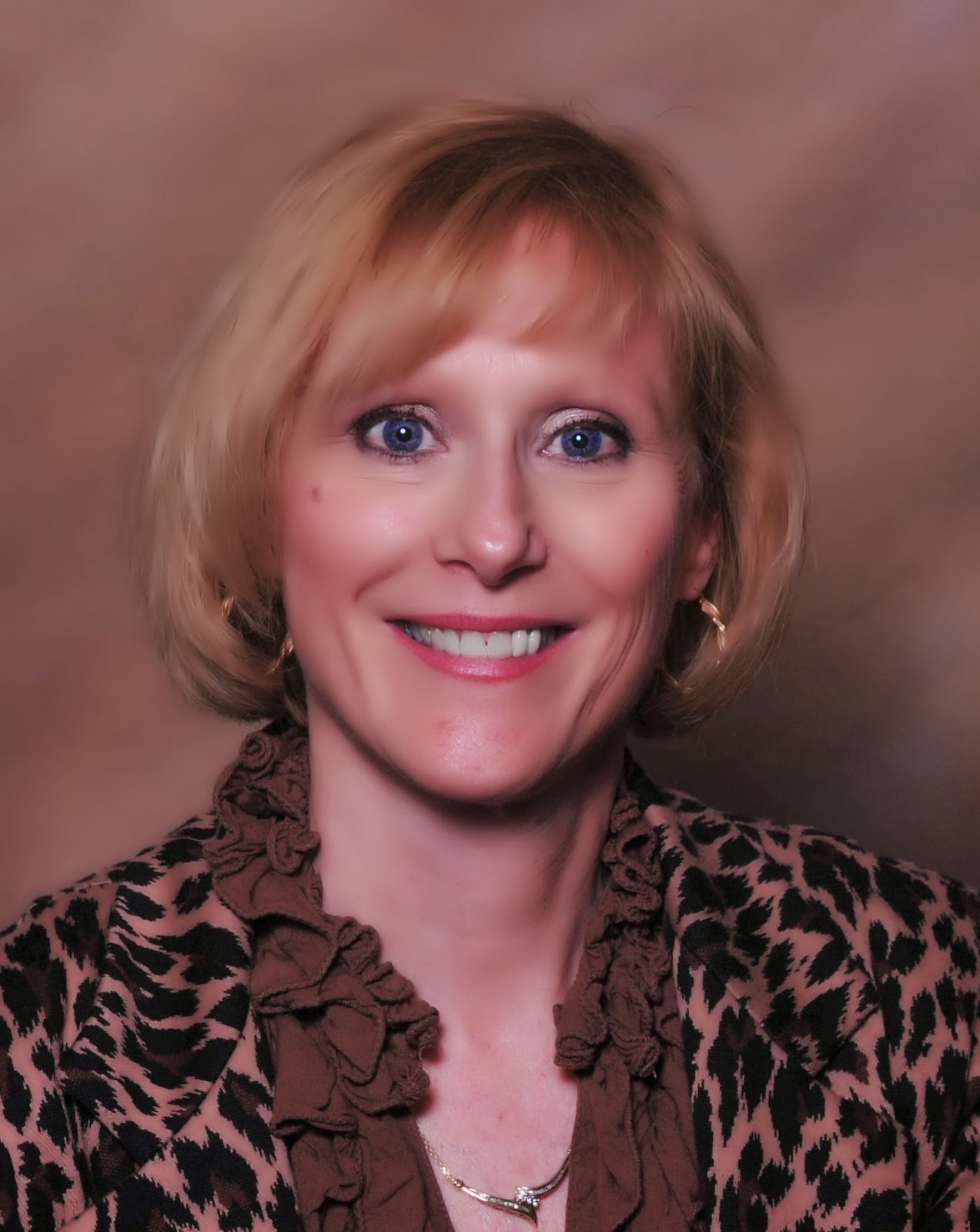 Amy loves Scotland! She holds an MBA from Heriot-Watt University in Edinburgh and now resides in Southwest Utah with her husband where she predominantly writes historical romance. She is the co-president of the Heritage Writers Guild, a member of the Romance Writers of America, and lectures on writing topics.
​
Amy’s novels, Captured by the Pirate Laird, and The Highland Henchman and Beauty and the Barbarian are bestsellers on Amazon's Scottish Historical Romance genre list. Her debut novel, now titled Boy Man Chief, won the League of Utah Writers award for Best Manuscript, and the St. George Spark Book Award. Since then, she has won many other writing awards.

Purchase Beauty and the Barbarian:

Enter the Rafflecopter for a chance to win!