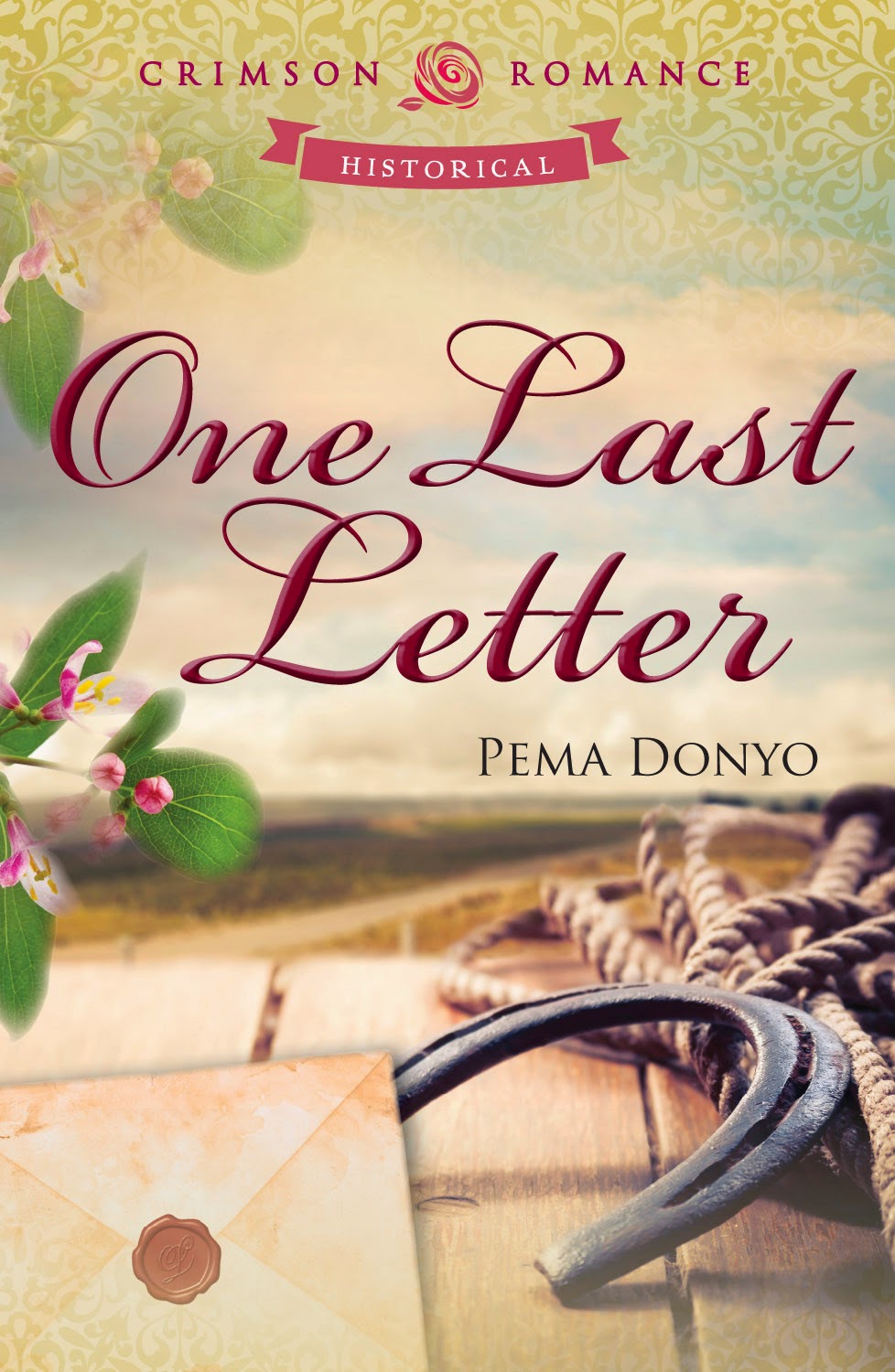 Alexis: Today we have Western Romance author Pema Donyo visiting. Welcome Pema. I know everyone has their own writing process…how they come up with ideas, how they name their characters, how they choose the setting. Can you describe your writing process?

Pema: Ideas are definitely the most crucial part about that process and also the part writers have the least control over. Plots are inspired by all kinds of events – I watch a movie, I read a text, I notice some world event occurring. Daily life is a constant source of inspiration. Thankfully, I haven’t found a shortage of ideas to write about yet.

After I develop the book idea, I write the manuscript during school breaks. I’m still in college, so the bulk of my writing happens over winter and summer break. It usually takes me a month to finish the first draft, and then I’ll spend the next few weeks revising.

What always happens while I’m still revising is that random conversations will pop into my head or random events will happen to me that will inspire me to include a certain scene or strand of dialogue in my story. I have so many e-mail drafts that I’ve opened just to type, “Include this random part in the story…” and then I’ll describe it so I can flesh the passage out later. Inspiration occurs at all aspects of the writing process!

Pema: I’m taking a break from historical romance and writing a New Adult contemporary. It’s a modern, Southern-California-college spin on Pride and Prejudice. As a college student, I can relate to so many of the scenes and so much of the dialogue.

I read so many New Adult/Young Adult books which are written well, yet at the same time are completely removed from a teen’s voice. I’m a huge advocate for more young writers to pursue publication. No one knows our generation better than we do – we’re currently living it! I started writing this NA contemporary to present a more realistic look at what college life is like.

Alexis: Where did you get the idea for One Last Letter?

Pema: A huge component of One Last Letter are the anonymous love letters cowboy Jesse leaves for plantation owner Evelyn. He finds it easier to express his feelings through pen and paper than in person. I actually got the idea from noticing so many people basing their relationships largely around text messaging. Texting is more or less the 21st century equivalent of letters; it’s a great way to communicate with other people and minimize distances.

I’ve also been pretty fascinated by the Western genre recently. I watched the Hallmark Channel’s adaptations of Janette Oke’s Love Comes Softly series and loved the movies. The Western setting adds an immediate sense of danger to the story. Living out there in the 1800’s was as dangerous as it was rewarding. A different kind of community emerged from the West – hard-working, honest, and innovative. I wanted to capture this backdrop through writing.

Alexis: What are your favorite traits of Evelyn and Jesse?

Pema: Evelyn Lancaster has two defining traits – her need to rationalize everything and her workaholic nature. She’s intelligent and even spent a year in an East Coast female seminary. But when she returns to Texas, she discovers her true career lies in helping to run her father’s ranch. The ranch work comes before everything else in her life – suitors, parties, dresses. She wants someone who’s as driven as she is, but at the same time her over-analyzation of every situation creates conflict in her love life. Her pragmatism was what caused her to turn away her childhood sweetheart when he proposed marriage.

Jesse Greenwood spent his teenage years being Evelyn’s best friend and being the ranch’s leading cowboy. He’s pretty silent most of the time; words don’t come easy to him. That’s why he leaves unsigned love letters for Evelyn. While seven years may have changed his friendships and cowboy status, he’s humble to the end. When he works as a ranch hand for free and offers to invest in the Lancaster’s ranch, he doesn’t tell any of the other cowboys he’s making the investment to get the ranch out of financial trouble. However, this modesty also results in him feeling inadequate about his social standing when he returns from California with acquired wealth. New money isn’t accepted in the town of Hamilton, Texas, and he’s aware that Evelyn’s blue-blooded upbringing was the reason she turned him away all those years ago.

Pema: It’s from Meg Cabot, and she said: “Write the story you would like to read. People will give you all sorts of advice about writing, but if you are not writing something you like, no one else will like it either.” The passage is so true! I write the stories that I would want to pick up and read. The moment I notice my work is taking a wrong turn into something I would be disappointed in as a reader, I take a step back and re-evaluate how I can still salvage the story.

I think the biggest thing to keep in mind about writing is not only to never give up, but also to write for the writing aspect. You don’t pursue creative writing because you want to, you do it because you need to. It’s because you can’t imagine a life where you’re not creating new worlds; it’s because you long to flesh out stories and relationships and express all the potential situations you want to read about.

Alexis: Pema, thank you so much for visiting us here at Happily Ever After Thoughts. One Last Letter sounds like a great read!

Check out this excerpt from One Last Letter

Evelyn Lancaster wanted to run away as fast as possible.

It was a mistake. It was one colossal, gargantuan mistake. Worse than Athens ordering the death of Socrates. Worse than Persephone being kidnapped by Hades. What did she think she was going to do? Seconds ticked by as she found herself unable to say anything more. Her mouth felt dry. What was she supposed to say?

He’d changed, more than she would have ever imagined possible. The boyish frame was filled out, and extra years working on the ranch had defined the muscles in his arms under his coarse brown shirt. He’d even grown taller—past six feet, she guessed. His shoulders were broader, and his cheekbones seemed more pronounced than before. His face carried even more of an aristocratic air, but his body seemed undeniably more masculine.

Yet the expression was the same. Jesse Greenwood’s same reticent, admiring expression hadn’t changed as he continued to stare at her like she was hand-blown glass. His brown hair still flopped lightly in front of his eyes, causing him to brush it away.

She winced. She hadn’t heard that nickname since she’d left Hamilton, Texas, for the female seminary in Massachusetts. No one there ever called her Eve. During classes she’d been “Miss Evelyn” and “Miss Lancaster.”

She cleared her throat. She’d anticipated the awkwardness but not the simple difficulty in forming words. “I returned home a few hours ago. I thought I should stop by and say hello. Is Preston here? Are any of the other ranch hands here?”

Jesse blinked. He didn’t respond for a few seconds. The adoring expression morphed to one of disbelief. “Eve, did you get my letters?”

She bit her lip. “I did.” Evelyn resisted the urge to embrace him. Doing so would only make it harder to answer his questions with a lie. Instead, she stood rooted to the spot. She wouldn’t move a muscle; there was too much she could regret. “They were nice letters. Thank you. But I burned them.”

His eyes became cool steel, all traces of admiration in his eyes melting away. “Burned them? But you . . .” His jaw was set. “Eve, why didn’t you write me back?”

“I was busy.” She tore her eyes away from Jesse’s searing gaze and tried to look behind his shoulder. The sinking feeling in her chest was surely no more than an echo of the past. She needed to leave before all rationality left her. “Just let all the other ranch hands know I stopped by.”

“Stop. Eve, I said stop.” Strong hands grabbed both of her shoulders, and she looked up in alarm toward his furrowed brow and confused expression. His voice was so much deeper than she’d remembered. “That’s all? You couldn’t once respond to me?”

She struggled to push against him, but he held her in place. His tone was rough. It increased in volume, rising with each word that tumbled out of his mouth.

“What about the promise I made to you? When you told me that you wanted to marry—”

“Enough!” Evelyn yanked herself out of his hold and glared. She breathed deeply, as if the extra air would give her the courage she couldn’t truly conjure up. “I remember what you are referring to. I did receive your letters. I thank you for them. But I did not respond to you because whatever we had before I left for school . . .” She gulped. The polite tone of indifference faded. “This has to end.” 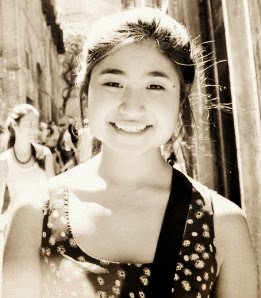 Pema Donyo is a coffee-fueled college student by day and a creative writer by night. She currently lives in sunny Southern California, where people wear flip-flops instead of Stetsons and ride in cars instead of carriages. As a rising sophomore at Claremont McKenna, she’s still working on mastering that delicate balance between finishing homework, meeting publisher deadlines, and… college. Black coffee, period dramas, faded book covers, and peanut butter continue to be the driving forces in her life.