Interview with Jessica Aspen and a Giveaway! 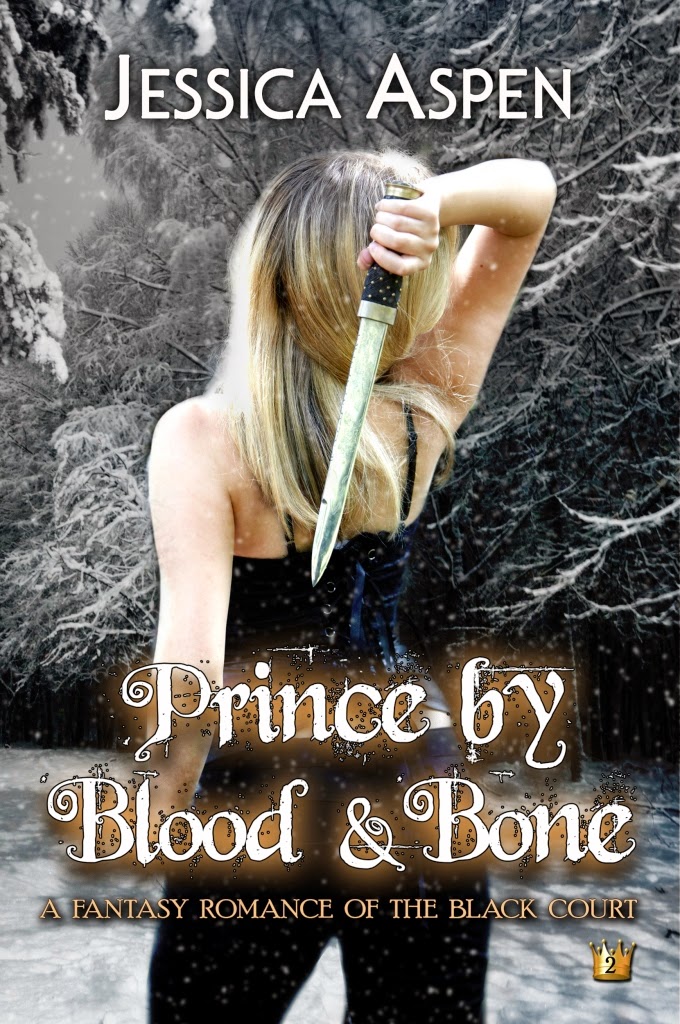 Alexis: Today we have author of twisted fairytale romance, Jessica Aspen. Be sure to leave a comment for your chance to win her giveaway!

Jessica: Hi Alexis! Thanks for letting me guest on your blog and talk about Prince by Blood and Bone. I had fun answering your questions and I’m excited to be giving away an e-copy of book one, The Dark Huntsman, A Fantasy Romance of the Black Court.

Alexis: That sounds great! So when did you know you wanted to be a writer?

Jessica: When I was very small I remember finding out that people actually wrote the books that I loved my mother reading to me. It was a revelation, and I instantly added author to my list of career choices that before had been mommy and artist. I’ve managed to achieve both mommy and author but sadly, my artistic endeavors will never earn career status.

Alexis: But writing is an art, so technically you have already achieved both :-) What made you chose your title for this latest release?

Jessica: This is the second book in the Tales of the Black Court series of twisted fantasy romance, so I had a real challenge thinking up a title. In the first book, The Dark Huntsman, Logan’s uncles are talking about the evil queen and one of them says, “She’ll ride him, Angus. Ride him ‘til he’s tied to her by blood and bone.” I knew that the queen had cursed her own son, Kian, and the idea of a curse that permeated a person to the bone stayed with me. When your own mother turns you into a monster, it’s horrible, but despite the overwhelming rage of Kian’s beast he’s a prince to his very marrow. Hence, Prince by Blood and Bone, the title to my version of Beauty and the Beast.

Alexis: I love that. Which authors inspire(d) you?

Jessica: To write this book? Well, I’d have to say all the fairy tales I’ve ever read, especially George McDonald’s classics and the yellow, red and blue books of fairy tales. Jim Butcher’s urban fae series, The Dresden Files, and Laurel K. Hamilton’s Merry Gentry series both got me thinking about modern life and the fae. But as for which authors inspire me in general, I read far and wide from Jane Austin’s romances to JF Penn’s dark thrillers. Jessica: Each book has been a little different. While The Dark Huntsman wasn’t my first book published, it was the first book I finished. It was a seat-of-the-pants novel. It took a few years and lots of edits to iron out all the learning curves, and since then I’ve learned the value of at least a skeleton plot when writing a long novel. But I still don’t really know or understand my characters until I’m in the middle of writing them.
Most authors do this the other way around, they use character sheets, interview their characters, and know everything about everyone before they start writing. I know where my plot is going. I know the ending and the fairy tale I’m structuring the story around. I know all the big events, or at least I think I know them, sometimes they change during the writing. But my characters only truly reveal their hearts when I’m in the middle of writing their big scenes, the heartbreaks and they successes tell me why they are feeling and reacting the way they do, so I can’t do a complete character work-up until after the rough draft has been written.
As for names, for this series I’ve been depending heavily on traditional Celtic names for my fae characters. Prince Kian’s name comes from the Irish story of Cian, but I was worried about the tendency of readers to pronounce the C as an S, so I changed it to a K. The legendary Cian is reputed to have shifted into a boar as a means of escape, so it worked naturally that my Prince Kian’s Gift would be shapeshifting. Though the legends inspire me and infuse my writing in a myriad of ways you won’t find many similarities in my story to the Irish legends, but you will find many similarities to the classic tale, Beauty and the Beast.

Alexis: I have to admit, that is my favorite fairy tale. What are you working on now?

Jessica: I’m writing book three of The Tales of the Black Court, Broken Mirror. This book completes the cycle of the three MacElvy witches who fall afoul of the Black Queen and find romance with enemy fae. While I plan to write more books in this series of twisted fairy tales and more about the Black Court, I also plan to keep the series arcing in trilogies so the book after Broken Mirror will be book four in The Tales of the Black Court, but will also start a new trilogy arc.
In the meantime, I just released a new venture this week, a contemporary ghost story called Ghosts of Christmas Past. It’s a short, spooky Christmas story, nothing like my twisted fairy tales but writing fantasy can get very involved. Sometimes it’s nice to step into the modern world. Of course, then I’m refreshed and ready to tackle the next one, so on to Broken Mirror!

Alexis: Check out the blurb for Prince by Blood and Bone!

Prince by Blood and Bone
A Fantasy Romance of the Black Court
A rebellious prince, a reluctant witch, and a mysterious prophecy
twisted together in a tale of Beauty and the Beast

Trapped in an underground palace Prince Kian must remain a beast, or give in to the queen’s plan to strip him of his powers. But Kian refuses to submit to his mother's evil plan and is determined to escape both his prison and his curse—even if it means dabbling in witch's magic.

On the run for most of her life, Bryanna MacElvy has never learned to use her healing Gift. When she’s pulled by Kian’s spell into his prison, the prince sees the golden witch as his salvation. Refusing to let her, or to accept she is incapable of curing him, Kian offers her a terrible bargain—heal him, or give up her freedom forever.

Their lives entwined by fate, the prince must learn to love a human and Bryanna must learn to trust herself—or risk losing their freedom, his powers, and their passion, to the evil of the Black Queen.

Dare to enter Jessica Aspen’s world of steamy, fantasy romance in book two of her fairy tale trilogy: Tales of the Black Court 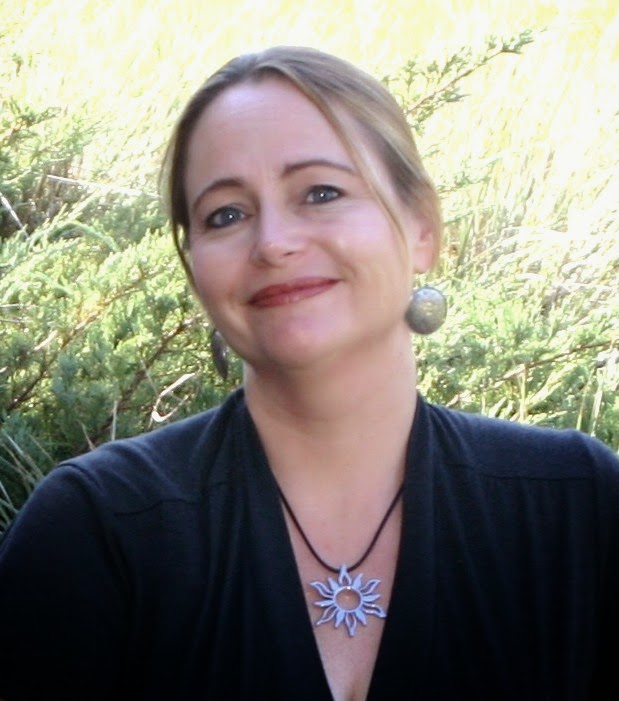 About Jessica
Jessica Aspen has always wanted to be spirited away to a world inhabited by elves, were-wolves and sexy men who walk on the dark side of the knife. Luckily, she’s able to explore her fantasy side and delve into new worlds by writing paranormal romance. She loves indulging in dark chocolate, reading eclectic novels, and dreaming of ocean vacations, but instead spends most of her time, writing, walking the dog, and hiking in the Colorado Rockies. You can find out more information and read about Jessica’s paranormal romances at http://JessicaAspen.com
To sign up for Jessica Aspen’s new release email please go to: http://eepurl.com/zs4Sj

To learn more about Jessica visit her here:
Website: http://jessicaaspen.com
Goodreads: http://www.goodreads.com/author/show/5759763.Jessica_Aspen
Twitter: https://twitter.com/JessicaAspen
Facebook: https://www.facebook.com/JessicaAspenAuthor
Pinterest: http://pinterest.com/jessicaaspen/
Join the Jessica Aspen mailing list! Get the scoop on new releases, sales, plus the chance to win ARCs and participate in special giveaways.  When I send you an email, there’s always something in it for you! http://eepurl.com/zs4Sj

Alexis: Don’t forget for a chance to win an ecopy of the first in this series, The Dark Huntsman, be sure to leave a comment. Good luck!