Interview with Mary Buckham and a Giveaway! 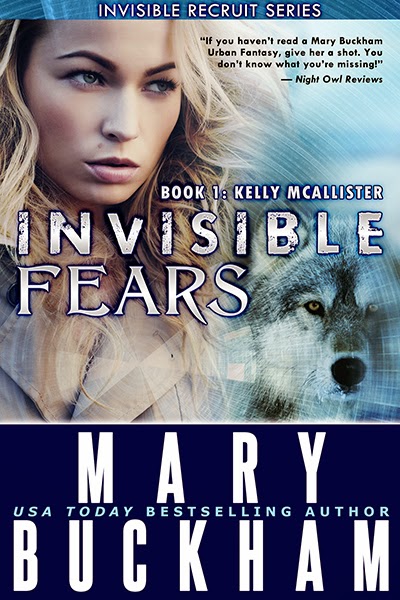 Alexis: Today we have USA Today Bestselling author, Mary Buckham visiting and she is giving away an ecopy of INVISIBLE FEARS to one lucky commenter!

Welcome Mary.  What are you working on now?

Mary: I’m working on the next full-length book in the IR (Invisible Recruits) series. This one is called INVISIBLE SECRETS and as the fifth full-length book in the series it has some major twists to the lives of the core IR team members. It should be released late September or early October. I’m also finishing up the final tweaks on my next non-fiction writing craft book—WRITING ACTIVE HOOKS Book 1 which will be released this September.

Alexis: Wow, you are busy. Where did you get the idea for Invisible Recruits?

Mary: Originally the idea came from noticing a speed trap and realizing that since a lot of law enforcement agencies use the same types of cars, some speed traps are really easy to spot. Same issue happens in undercover work, that criminals get very savvy about spotting a cop so what if you used agents who were not trained in law enforcement ~ that would be invisible to criminals because they’d look and act like the regular people they are—a kindergarten teacher, debutante, etc. Then I threw in the paranormal and preternatural element. What if you were a woman that hid your gift your whole life and now all of a sudden have a chance to use that gift to battle preternaturals in a world unaware that preternaturals exist?

Alexis: I love it! So what is your favorite trait of Kelly McAllister?

Mary: Kelly McAllister, former kindergarten teacher and current IR agent represents the good girl in most women. The way we’ve been taught to behave, to hold back, to acknowledge others’ strengths but not always our own. Placed in a position of leading her first mission I keep placing her in more and more danger, testing her mettle, putting her through multiple trials of fire. That’s when we discover who we truly are, not when things are easy but when things get tough. It’s a fascinating journey of self-discovery even as the reader finds herself rooting for Kelly even as they worry about her through each step of her story.

Mary: Never give up. Never surrender. Oh, wait, that’s the motto from Galaxy Quest. Actually it’s very applicable. As a writer I have the opportunity, every day, to give up, to stop writing, to turn away and take another job that’s not fraught with so much insecurity and variables outside of my control. It takes a daily leap of faith to face a blank page, to assume there are readers that love the kind of stories I love to read and write, that all the time invested in learning how to write and write better and keep on writing, will be worth the time and attention. I’ve been very fortunate in finding a very receptive audience for my stories, who encourage me in so many ways, and, by taking the time to write a review or send me an email, reaffirm that the risks are worth it, that I can truly say I won’t give up and won’t surrender.

Alexis: Mary, thank you so much for visiting us here at Happily Ever After Thoughts. It has been so fun chatting with you.

Check out the blurb on INVISIBLE FEARS below.

He’s a preternatural fighting for the humans.
She's a human fighting for the preternaturals.
Kelly McAllister’s Invisible Recruit mission in Sierra Leone is to locate and secure a threat to humans and preternaturals. Van Noziak is also there, with his own secret mission, one that’s on a collision course with Kelly’s. In deepest Africa the race against a deadly bloom reveals secrets, exposes fears, and forces unlikely alliances. 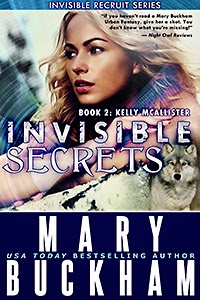 created with different needs and wants. Witches. Mage warlocks. Shifters, Weres, and demons all trying to co-exist against their natures. Bring it on!

I'm a huge paranormal and fantasy lover. Especially Urban Fantasy and any paranormal fantasy series that allows me to throw myself into magic and mystery page after page, book after book.

The paranormal world of the Invisible Recruits is built on women who must learn to embrace their preternatural talents to fight good and evil. Talents that they've hidden from the human population for fear of being different.

But because I love conflict I've dropped these women into a world where magic and fantasy exist side by side with humans intentionally kept in the dark about Shifters, Weres, warlocks, witches, and especially about magic.

Throw in a strong dose of romantic suspense, emotional relationships to add more conflict, and paranormal beings you've never heard of before, and you'll know why readers can't get enough of this fast-paced paranormal thriller series.