Winter Austin and a Giveaway 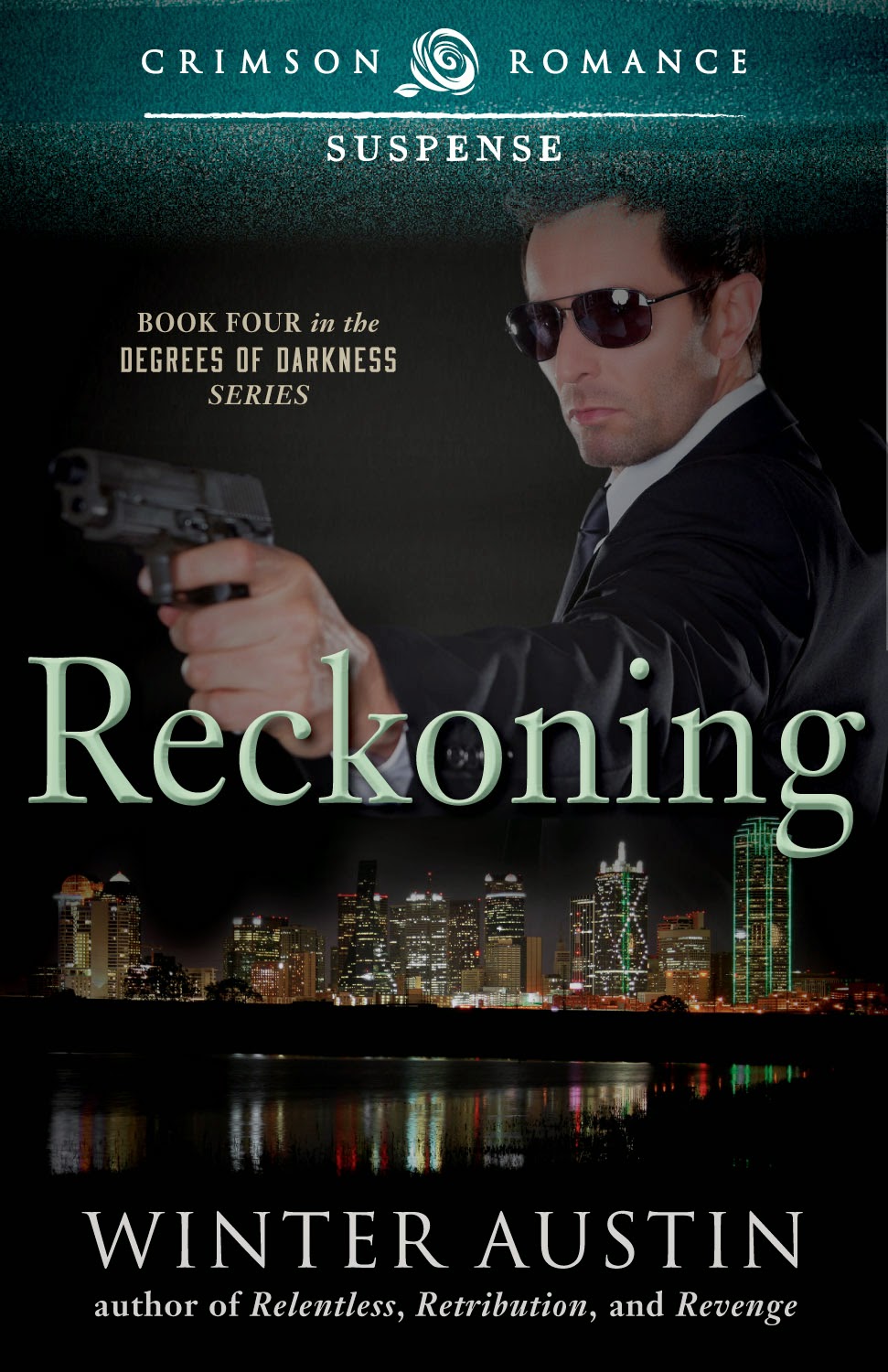 When it All Ends

Reckoning, the final book in my Degrees of Darkness series has been out for a few months now in both e-format and print. This was a bittersweet ending for me as I said good-bye to two longtime characters of mine, Detective Remy LeBeau and cowgirl Cody Lewis. These two have walked around in my head for years, pushing me to write their stories. Now their stories are out there for all the world to read and it’s time for me to move on.

When I completed the final draft of Reckoning in November 2013, I’ll admit, I was sad to see it end. I had invested years—I’m not kidding on the years part—in this series and the characters. New characters popped up along the way as I wrote the books, but the main characters and their friends and family members had always been there. I loved meeting the new people, and delving deeper into Remy’s and Cody’s lives. Pulling out all the stops on how much danger and conflict I could create between the two. Oh, and the cast of antagonists that appeared still linger in my head. I wrote some truly awful bad guys and gals.

During the process of writing all four books in the Degrees of Darkness series I had the privilege of “meeting” some truly awesome professionals in the law enforcement world. Their knowledge helped me get a better understanding of how officers of the law would do their jobs. And how some of them can walk across the line and become crooks themselves. All of this showed me that those are the types of characters I enjoy writing and will continue to do so.

Is this it for some of the Degrees of Darkness secondary characters? I don’t know. One character, Detective Heath Anderson, sort of took over and became an integral part of Remy and Cody’s stories. Heath has proven to be an interesting character in his own right; good ole Texas boy, former Marine Recon sniper with a blank past, a man who Remy trusts, and a loyal friend to both Remy and Cody. In fact, some of my readers have asked to read a book about Heath. I would like to explore him more. He has intrigued me enough that I’d love to see where his story takes me, but right now a new set of characters have taken over in a different book. So, Heath Anderson waits.

For now, it’s time to move on. One day I hope to come back to this cast of characters and see what they’ve been up to since the end of Reckoning. They did worm their way into my heart. And I hope they do the same for you, the reader.

Winter Austin was once asked by her husband if he could meet some of the people who took residence in her head. She warned they weren’t all characters he wanted to meet, as killers walked among them. Needless to say, that conversation ended abruptly.
A lifelong Mid-West gal, Winter swears she should have been born in the South, Texas or Louisiana preferably. But then she’d miss the snowy winters.

Dividing her day between her four children and their various activities, a growing pet population, and her Beta-with-Alpha-tendencies Hero, Winter manages to find time to write chilling thrillers between loads of laundry.

Don’t worry. You won’t find any of her mouthwatering culinary dishes poisoned. Unless you’re one of her fictional creations.
http://www.winteraustin.com/

For a chance to win the first book in this series Relentless, leave a comment below.
Posted by Alexis Walker at 10:38 PM