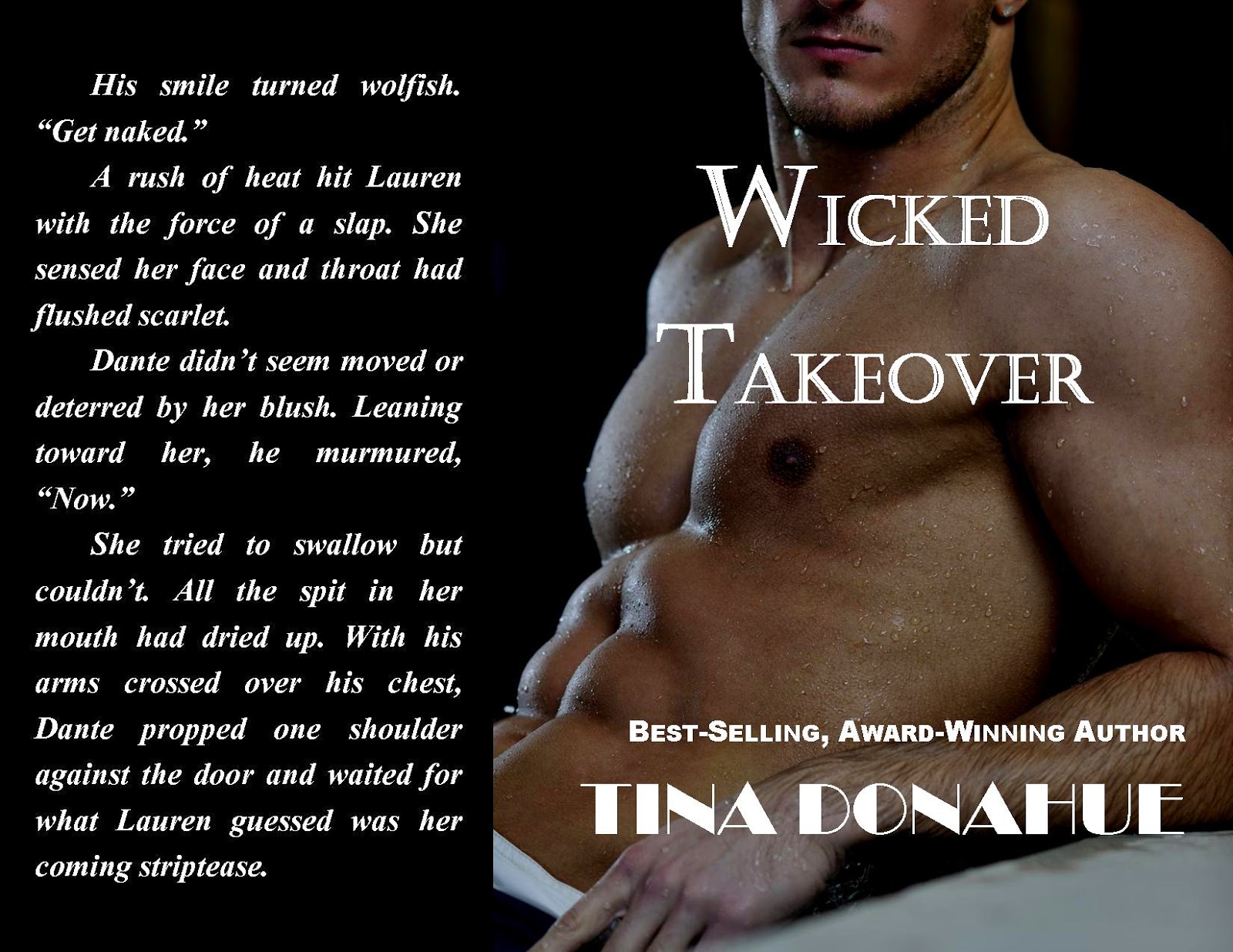 She’s just inherited a tattoo parlor…and the hunk who comes with it.

Lauren’s in a helluva mess. Not only has she lost her corporate job, her long-absent father just left her a struggling tattoo parlor along with the virile dude who runs it. Dante’s sinfully hot with a killer smile and inked biceps. Lauren’s full-figured, sorta pretty and wanting him badly. Dream on. She’s here to sell the place as quickly as possible for some much-needed cash.
Dante sees the heat in Lauren’s eyes despite her conservative appearance. He recognizes the dynamite woman she could be if she’d just loosen up and have some wicked fun. Dominance and submission. Making love in a public place. Having her lush body always accessible to and ready for his.
Carnal games that seduce them until lust turns to surprising need and friendship to something deeper that might just change their futures.

Excerpt:
Longing, and something else, played across her sweet features. His shaft stiffened in response. His balls began to hurt. When she didn’t say anything, Dante wasn’t certain he should. She might shut down and take off. At last, he murmured, “What?”
Lauren sucked her lower lip.
Adorable didn’t begin to describe how she looked. He wondered if she was going to ask him out. If that’s what Jasmina had been alluding to. Dante smiled inwardly at the thought.
Lauren cleared her throat. “I…” She didn’t continue.
Feeling playful, he smiled. “You what?”
“Don’t know how to say this,” she mumbled.
Her uncertainty shifted something within Dante. He had an overwhelming urge to protect Lauren, hold her close, tell her everything would be all right. Hell, he was onboard with whatever she wanted. Not that his sentimental feelings made him any less mischievous. “Want me to help?”
Lauren gave him an odd look then frowned.
He hadn’t expected that. Usually he was damn good at reading women. Not tonight. “Just say what you want to say,” he coaxed then softened his voice even more. “I’ll listen.”
She looked doubtful.
“Come on.” He smiled.
Her attention moved to his mouth. Color stained her cheeks and throat. She swallowed then blurted, “I don’t want you dating any of our customers.”
It was a moment before Dante understood what she’d said. His grin felt stupid. He killed it. “Excuse me?”
Lauren backed away then moved forward as though reconsidering her retreat. “You’re getting too friendly with the clients. The female ones,” she added quickly. “There’s too much horsing around. All that laughing and those giggles.” She rolled her eyes. “None of them are dressed. Good god, this isn’t a brothel, it’s a legitimate business.”
Her delicate nostrils flared with her harsh breathing. The ends of her hair seemed even blonder against her reddened cheeks. She parted her lips as though she had something else to tell him.
“Go on,” he said quietly.
Lauren hesitated at his mild tone then squared her shoulders. Dante doubted she knew how that thrust out her chest. If her nipples got any harder, they’d poke through her stretchy top, possibly killing him with desire.
“I don’t want a lawsuit,” she said. “So your female clients have to stay dressed.”
“While I ink them through their clothes.”
“Of course not.” She glared. “You uncover the part, and only the part, that needs to be inked.”
“What if that’s their entire body?” He murmured, “Want me to use a blindfold? On me, not them.”
Her jaw tightened. “You know what I mean. No one’s come in here yet wanting a full body tat. If a guy does, you can ink him from the top of his head to the tips of his toes with my blessing.”
“Lucky me.”
She narrowed her eyes. “I own the place now, so I have to do what’s right for it.”
“And that would be?”
“What I’ve already said.” She lifted her chin. “You can’t have naked women in your station. You can’t date any of them. Ever.”
“Uh-huh.” She sounded really jealous. That encouraged Dante to move closer. 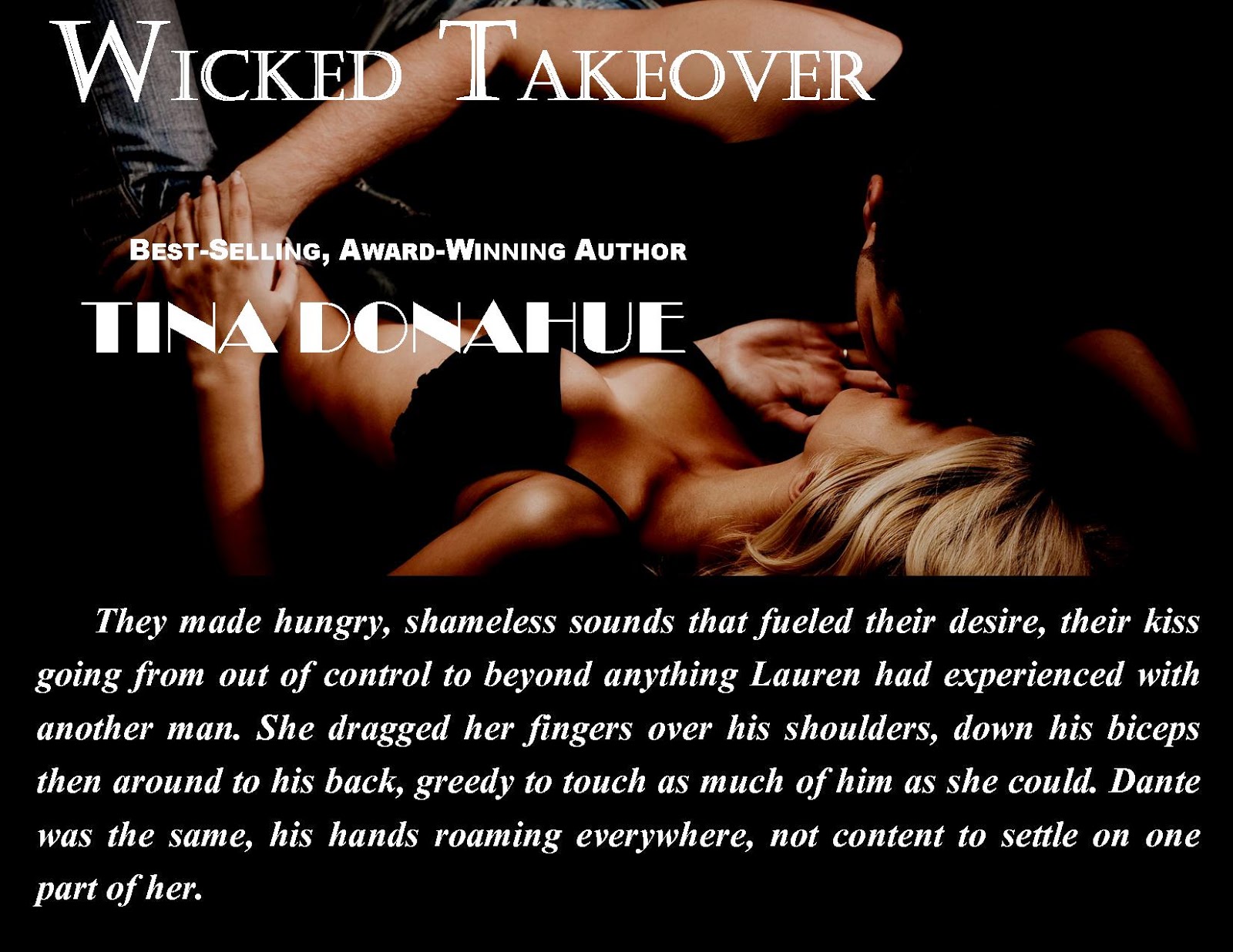 Lauren froze for a moment then stepped back. Dante followed. Surprise, and what seemed to be irrepressible yearning, passed over her face. Her ass and shoulders hit the wall. She glanced over to it then back at him.
Dante planted one hand on the wall next to her head. He leaned close enough to smell her perfume and the shampoo she’d used. Peaches, he thought. A light female scent that did indescribable things to him. “You don’t want me screwing any of the customers after hours, is that it?”
She stared at his mouth. “Uh-huh. It’s the new policy.”
“I see.” He edged a bit closer, driven to kiss her beauty mark, to run his tongue over her lips. His pulse pounded with desire. His body tensed with need. “Then who exactly would you like me to fuck?”


a Rafflecopter giveaway
Posted by Alexis Walker at 7:00 AM